The lone advantage New Delhi has is the fact that Tehran needs to sell its oil as desperately as India needs to buy it.

There has been a sense of unease in Delhi ever since US President Donald Trump threatened that America will "take care of countries" that defy sanctions against Iran that come into effect from November 4.

India needs a lot of petroleum and it imports nearly 83 per cent of it. Iran has a lot of the global currency. In 2017, with 27.2 million tonnes (MT) of crude supply it became the third-biggest exporter to India. If India loses Iran’s oil, which comes at deep discounts, at a time when fuel prices despite recent excise and other cuts are beyond public tolerance levels, and rupee is at its weakest ever against the dollar, the government’s political standing will break past the endangered mark. The sanctions couldn’t have come at a worse time for the government led by Prime Minister Modi. The BJP would be deep into the make or break Assembly polls in MP, Rajasthan and Chhattisgarh. The last phase of Assembly elections before 2019 general elections will virtually be a verdict on whether the ‘ache’ electoral din for PM Modi and BJP have ended and are set to begin for Rahul Gandhi’s Congress as petroleum prices have powered politics for several decades.

The crisis and how the government is preparing

Then on Monday PM Narendra Modi met chief executives of top global and Indian oil and gas companies to take stock of the global energy scenario and deliberate on ways to revive a not-so-encouraging response to investment in oil and gas exploration and production.

For some time now, India has been trying to make the US see its side of the story that Iran oil is key to the energy matrix of the country and the absence of discounted alternatives will escalate fuel prices, adversely affecting the economy. Top officials in the Trump regime, who have been working as interlocutors with Iran, are in the midst of discussing strategic issues with India. Their focus is to ensure that New Delhi curbs oil imports from Iran, before the November 4 deadline set by Washington to push the oil rich nation to its knees. 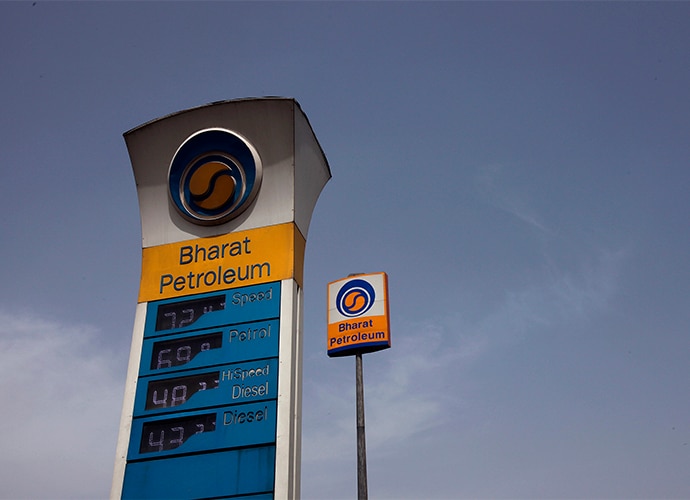 The biggest hurdle for India in continuing to buy crude from Iran is how to pay for the oil bought. Photo: Reuters

Two men — US special representative for Iran Brian Hook and assistant secretary of state for energy resources Francis R Fannon are expected to hold meetings soon with India’s foreign and petroleum departments. Though the US has been flexing its muscle on the issue, it is said to be “sympathetic” to the fact that Iran is an economically viable option for India and bringing down imports from Iran to zero would be tough for India.

But India realises that the US push is to further its strategic interests and the energy imbalance it may create is lesser of the Trump administration’s concerns. That’s why in a pre-negotiation agenda setting tone Dharmendra Pradhan said last week, “India was still buy oil from Iran and hoped for a waiver from US sanctions.”

Briefing the media, Pradhan said that India has its own energy requirements which it has to fulfil and two public sector oil companies — Indian Oil Corporation ( IOC) and Mangalore Refinery and Petrochemicals Ltd (MRPL) together have placed order for 1.25 million tonne (MT) of crude oil for November. Interestingly, that’s when the US sanctions on Iranian oil purchases would kick in.

Hurdle 1: How to insure imports from Iran post sanctions

The crude bought from Iran has always been a lucrative proposition for India as only Iran offers terms involving a 60-day credit for purchase. This easy term is not provided by other oil exporters such as Kuwait, Saudi Arabia, Iraq, Nigeria and the US.

The biggest hurdle for India in continuing to buy crude from Iran is how to pay for the oil bought. Options for paying for Iranian oil are under discussions. India currently pays Iran in Euros via European banking channels. Indian refiners transact with Iranian suppliers through the State Bank of India and the German — Europäisch-Iranische Handelsbank AG (EIH). But these payment channels will get blocked once the sanctions get imposed. The problem for India is that the US is the “operational hub” for most of the reinsurance market. Photo: Indiatoday.in

India had found a circuitous route for payment to beat the sanctions imposed by the US few years ago. India used the services of a Turkish bank. Under the Asian Clearing Union (ACU), India had inked a pact with Iran which entailed 45 per cent payment in Indian Rupee and 55 per cent  through purchase of merchandise from India. In 2012, since it was a virtual barter trade, it escaped US opposition. Since any bank with exposure in the US would have faced problems, the RBI chose the UCO Bank, which has no financial presence in the US.

Once the Obama administration lifted the sanctions in January, 2016, the payments to Iran were being made in Euro.

India initially used a Turkish bank to pay Iran for the oil it bought but since February 2013 it paid nearly half of the oil import bill in rupees while keeping the remainder pending till opening of payment routes.

It began clearing the dues in 2015 when the restrictions were eased. Sources said Iran is open to accepting rupee payment for oil and may use the money to pay for equipment and food items it buys from India. This time around a blueprint is being prepared for the purpose but a lot will depend on how effective a bargain the Indian side launches to convince the US to grant a presidential waiver.

Sources say that UCO Bank and IDBI Bank have been shortlisted to route the payment. Both have zero financial exposure to the US system. In exchange, Delhi will push for supplying food grain and other products to Iran to beat the sanctions.

India buys crude from Iran on a CIF (crude, insurance and freight) basis which is one of the trade “incoterms” described by the international chambers of commerce as a method in which the seller delivers the goods on board the vessel. It pays the costs and freight to haul the goods to the named port of destination. The seller is also responsible for insuring the goods to cover the risk of loss or damage during carriage.

Hurdle 2 — How to insure imports from Iran post sanctions

Even if India and Iran strike a deal over payment like they have in the past, there is another which can prove to be the deal stopper.

In the world of crude deals and transportation reinsurance is key. It’s a common practice which involves multiple insurance companies sharing risk by purchasing insurance policies from other insurers to limit the total loss the original insurer would experience in case of a mishap. By spreading risk, an individual insurance company can take on clients whose coverage would be too much of a burden for a lone insurance company. With reinsurance, the premium paid by the insured is shared by all the companies involved.

The problem for India is that the US is the “operational hub” for most of the reinsurance market. With US hostile against-Iran-mode buyers of oil, India would have virtually no statutory protection for cargoes from the Gulf nation.

In India, the general insurance corporation handles the insurance and then hedges the risk through reinsurers in the US and Europe.

Kneeling before the November 4 threat, financial institutions, banks and insurance companies have been steadily severing ties with Iran. No reinsurer means no oil and Indian refiners being forced to cut purchases.

India’s toil for oil on the boil

To meet its demand for oil, battling rising crude prices, India has been using the open window till November 4 to continue importing from Iran. Waiting for a US waiver, Indian refiners like Reliance Industries are said to have stopped importing from Iran. However, Indian Oil Corporation is still importing the normal 0.75 MT per month of the 9 MT the public sector entity had earmarked for 2018-19. It has already scaled down from 22.6 MT in 2017-18.

The lone advantage India has is the fact that Iran needs to sell its oil as desperately as India needs to buy it. The country is struggling with slow growth and rapid rising inflation. Nearly 80 per cent of Iran’s tax revenue is from oil exports. Though Iran is not backing down on US demands, energy experts say that the country has for some time been storing unsold crude in supertankers, as floating storage, to meet sales if a narrow window of opportunity opens.

The stand-off has pushed trendsetting brent oil beyond $84 per barrel mark. India can find alternative sources. But they would cost more. That’s why in the next two weeks, the government of India is expected to negotiate hard with the US for a waiver, search for reasonably priced crude and speed up the agonisingly long process of readjusting its energy basket. As costlier import reaching India post sanctions will mean that oil on the boil will singe the government’s political skin.

Also read: Why the fuel price hike is not as bad as it looks

Post your comment
#Narendra Modi, #US, #Fuel price hike, #Iran Sanctions
The views and opinions expressed in this article are those of the authors and do not necessarily reflect the official policy or position of DailyO.in or the India Today Group. The writers are solely responsible for any claims arising out of the contents of this article.