Why Modi should be afraid of gau rakshaks

Unblemished of any scam and unburdened with the responsibility of carrying forward the legacy of a family, and of course fired by inexhaustible energy and missionary-like zeal to usher in positive changes, the slew of schemes launched by the PM, if implemented in letter and spirit, have the potential to transform the country by 2022.

Addressing NITI Aayog on April 23, PM Modi reminded that poverty remained the biggest problem and it could only be removed with sustained economic growth and development. No wonder, all the initiatives taken by him, directly or indirectly, focus on the realisation of his broad vision. 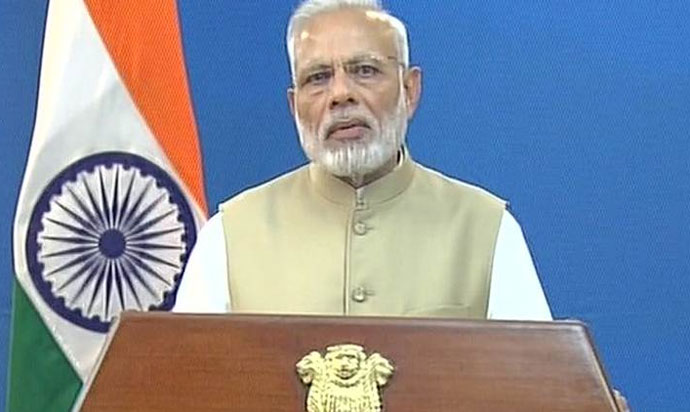 The slew of schemes launched by the PM, if implemented in letter and spirit, have the potential to transform the country by 2022.

Notwithstanding the claims of his detractors that the black money hasn’t been brought back, neither have jobs been created on the scale the PM has promised, the fact remains that India has emerged as the fastest growing economy and the largest FDI destination in the world at a time when most developed and emerging countries are witnessing a steep downturn.

Isn’t this Modi’s impact that the BJP, known as the party of Brahmins and Banias (business class), is going all out to win over the rural poor, especially Dalits? This new-found love for the poor isn’t just confined to some senior leaders dining at Dalit households on the eve of elections but also how the party publicly acknowledges the contributionof Dr BR Ambedkar.

One can’t keep a count of the number of occasions when BJP leaders quote Babasaheb. On April 14, Modi flew to Deekshabhoomi in Nagpur, where a bitter and disillusioned Ambedkar had embraced Buddhism in 1956 with over 60,000 followers.

For a change, on Ambedkar’s birthday this year, the Dalit Prerna Sthal in Noida, established by BSP leader Mayawati after several hiccups and court inventions, saw hundreds of new admirers; it was full of flag-waving BJP workers who outnumbered Behanji’s blue flag with elephant.

Is this the precursor of things to come? Only time will tell. 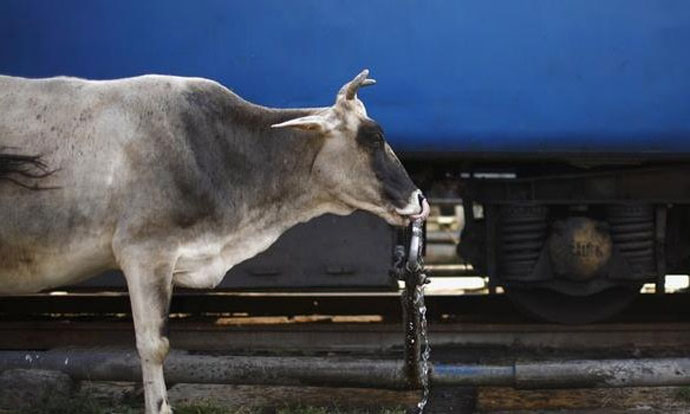 It’s easy to brand Modi as anti-poor pointing out to his sartorial tastes in attire and lampoon his government as "suit-boot ki sarkar". But a close scrutiny of his numerous schemes reveals a well thought-out strategy and concerted effort to address problems of rural India: poverty, lack of education, sanitation, healthcare, crop failure, timely availability of seeds and fertilisers, etc.

On his foreign visits — from the US and UK to Australia and UAE — he created a buzz and positivity about India through his oratorical skills and painstakingly prepared presentations. Whether he is talking to the financial czars in New York, or the presidents and PMs at global/regional summits, he holds his own.

Modi’s India is now taken seriously. Leading nations want to be friends with India and feel they can do business with it. Is it an insignificant achievement in 35-months for someone who arrived in Delhi as an outsider?

As the election results in UP have shown, the Congress, the SP and the BSP can’t stop the Modi juggernaut individually or collectively. In spite of the propaganda to the contrary, people at large perceive him as an agent of change who can transform their lives for the better.

Alas, all the positivity and the buzz that Modi has created run the risk of getting squandered by the self-appointed vigilantes who take the country’s law in their hands and terrorise helpless people.

The visuals of barbaric beating of Dalits in Una, killing of those suspected to be transporting cows/buffalos, attacks on women and girls in Jammu, merciless thrashing of Nigerian students in Greater Noida, harassment of young men and women by anti-romeo squads in the name of preventing eve teasing show this country of 1.3 billion people with a 5,000-year-old culture as a place where goons rule streets and administer their own justice.

This isn’t the "Swachh" and "Shreshtha" Bharat which the prime minister envisions. Unbridled vigilantism poses the gravest threat to Modi’s vision. He must rein them lest it is too late.

Also read: Gau rakshaks either aren't afraid of Modi or have his silent support