Lok Sabha 2019: The politics that's underway in UP

As crucial poll dates are announced, the buzz in UP includes Priyanka Gandhi reviving her campaign, Amit Shah scouting for fresh faces and the Yadavs' fight within the family.

Uttar Pradesh is going to play a crucial role in deciding who emerges as the real Sikander on May 23 — because this state alone sends 80 representatives to the Lok Sabha.

Here’s a peek into what’s brewing in UP now that the Lok Sabha election dates have been announced by the Election Commission of India:

After a lull that lasted almost 12 months followed by the scrapping of the Lucknow tour in the aftermath of the Pulwama terror attack in Jammu and Kashmir, Priyanka Gandhi Vadra is now planning a whirlwind tour of Uttar Pradesh. The tour is likely to begin after the Congress general secretary attends the Congress Working Committee (CWC) meet on March 12. Priyanka Gandhi is set to revive her campaign, placed on hold till now, in Uttar Pradesh with full vigour. (Source: PTI)

The party will also release its second list of 20 more candidates that will take on the BJP in the state. It is possibly this list that kept the new general secretary busy.

Rubbishing accusations that the Congress was confused about its strategy in UP, a party source said, “We have finalised candidates for almost 20 more seats and will be releasing the list after the CEC (Central Election Committee) meet. We will ensure that the BJP doesn't benefit from the tri-cornered contest — that’s one reason that the candidate selection is being done meticulously and consuming more time.”

The party was the first to release its candidate list for the Lok Sabha elections. The process has been put on hold for now. Priyanka would now head to UP for an aggressive campaign and wait for the BJP to play its cards before releasing the names of any more candidates for the state.

In a complex caste maze like the one in UP, getting the arithmetic perfectly right is like finding a needle in a hay stack. The Congress leadership wants to work out a formula, so that they don’t rub the Mahagathbandan the wrong way — because that would eventually end up harming the Congress. But for either side to not offend the other, or ensure they don’t cut into each other’s votes may just not be that easy.

A case in point is the Badaun Lok Sabha seat.

The Congress’ first list included the name of Saleem Sherwani from Badaun — this move surely irked the Samajwadi Party (SP), which, within 24 hours, declared Dharmendra Yadav, sitting MP from that seat, as its candidate. A senior SP leader said, “They should have known that Sherwani is a turncoat and left the SP when he was denied a ticket from Badaun. He fought on a Congress ticket and was defeated by Dharmendra in the 2014 elections.”

Is SP eager to bend — and blend?

Within the SP though, there is a lot of talk about how the party has bent over backwards to accommodate the ‘elephant’ on its cycle.

The party, known for its vibrancy, bordering on brashness, loud demonstrations and showbaazi, is taking it easy this time. The SP’s cadre has been told to be more accommodating towards its new partner, the BSP, and let it take centrestage in local meetings. 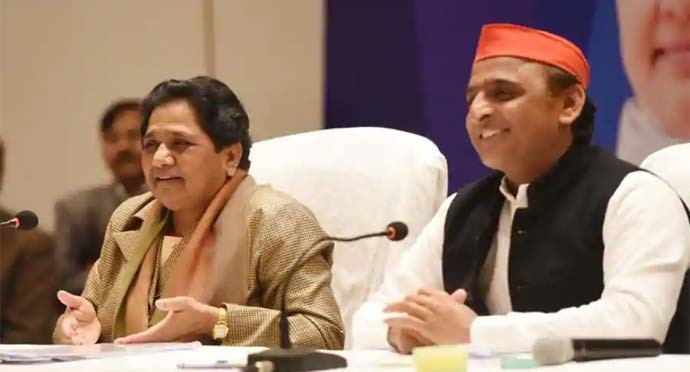 The SP-BSP alliance has brought socially deprived Dalits and the vociferous Yadavs — traditional arch enemies — on the same side. Sensing the unease, the SP has constituted a dedicated team to address the dichotomy. This is to ensure the alliance moves beyond paper and is acceptable on the ground.

“Our party workers are more vocal and expressive, we like it that way, but we also want to ensure that the BSP gets a fair share or even more limelight in public meetings. It’s part of the exercise of making them feel welcome and bringing warmth into our relations,”’ said a senior SP leader, tasked with the job but not willing to be quoted.

It is for the same reason that Akhilesh Yadav has cancelled his cycle yatra from Kannauj to the Ganges along the Agra Expressway and an inclusive plan is being chalked out, detailing all the places he would be addressing joint rallies with BSP supremo Mayawati.

For Akhilesh: The challenges within

All is not well in the Yadav camp meanwhile.

Mulayam Singh Yadav has already publicly expressed that his heart is with his brother Shivpal Yadav, whose Pragatisheel Samajwadi Party (Lohia) is looking to upset SP’s arithmetic. There is an interesting family battle brewing in Firozabad that will be hotly contested by Shivpal Yadav and the generation next, Akshay Yadav. Aparna Yadav, the choti Yadav bahu, has expressed her desire to campaign for chacha Shivpal in Firozabad. “She is very close to him and feels duty-bound to stand and support her uncle. Aparna will surely be campaigning for him in Firozabad,” said a source close to Aparna. Mulayam Singh Yadav has publicly said that his heart is with his brother Shivpal Singh Yadav. (Source: Twitter)

Leaders from Mulayam’s camp believe that the SP has got a raw deal — the unwinnable seats in the alliance that will eventually weaken the party. No wonder the senior Yadav has been praising PM Modi, much to the embarrassment of his party.

The internal turmoil doesn’t end there.

Mulayam Singh would be fighting from his traditional seat Mainpuri this time. Now, that has the sitting MP, his nephew, Tej Pratap, sulking. “According to Tej Pratap, Neta ji can win from anywhere, why give him Mainpuri?” said a party source.

However, MSY is wary of fighting from Azamgarh. In the 2014 Lok Sabha elections, he won the Azamgarh seat but with a very thin margin. His loyalists claim that Neta ji has fought many battles but now at his age, he deserves a safe seat like Mainpuri as it is the Yadav family’s stronghold.

It is evident that the Opposition will face a huge challenge in terms of battling the massive electoral machinery of the BJP in Uttar Pradesh. In  party circles in Lucknow, netas talk about the micro-management of BJP chief Amit Shah. He is known to make random calls to booth in-charges to verify the claims of the local MP or MLA. Sometimes, he even quizzes them to find out whether they know their constituency well. 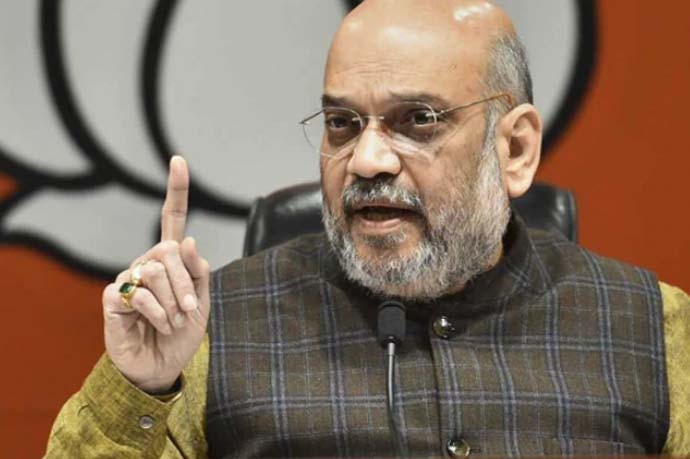 BJP chief Amit Shah is keeping a close watch on each booth in the politically crucial state. (Source: India Today)

Regular calls from the BJP head office are routine — in fact, for the past six months, the local committees have been sending reports about party programmes regularly to the BJP top brass.

A senior BJP minister even spoke about how a list of 29 MPs has been drawn up of who might face the axe in the upcoming General Elections. This is being seen as a strategy to nullify the anti-incumbency of sitting MPs.

The BJP is likely to release its list phase-wise to ensure that the rebels don’t hurt the party’s fortunes as rivals indulge in poaching. A tactical approach to ensure rebels do minimum damage and have no time to switchover.

The state is being keenly watched by political observers.

#Priyanka Gandhi, #Uttar Pradesh, #2019 general elections, #General Elections 2019
The views and opinions expressed in this article are those of the authors and do not necessarily reflect the official policy or position of DailyO.in or the India Today Group. The writers are solely responsible for any claims arising out of the contents of this article.