Why a loss in Gujarat elections is good for Congress

Addressing the BJP parliamentary board meeting, Prime Minister Narendra Modi, admitted that winning Gujarat elections was not an easy task. That just shows how close the election went with the stock market on the seesaw till the results stabilised and a BJP win looked certain. It was an exciting election with bits of positive and also some hard lessons for all participants.

A look at the percentages of votes polled for the BJP and the Congress, shows the BJP was comfortably ahead by 7 per cent votes. BJP polled nearly 50 per cent votes as against 43 per cent polled by Congress and its allies. Yet the seats won by the two parties do not indicate this. The reason is simple. It was the urban-rural divide. BJP swept the urban seats by huge margins adding to the votes polled but this was limited to the 48 urban seats which they won. As The Indian Express analysed, BJP polled 29 lakh votes more than the Congress but 72 per cent of these extra votes came from the 48 urban seats which they won.

Let us look at the positives for BJP. The party was able to retain Gujarat for a record sixth term. This is no mean achievement. The hold that Modi has on the electorate was evident once again. Their urban base continues to be strong as ever. 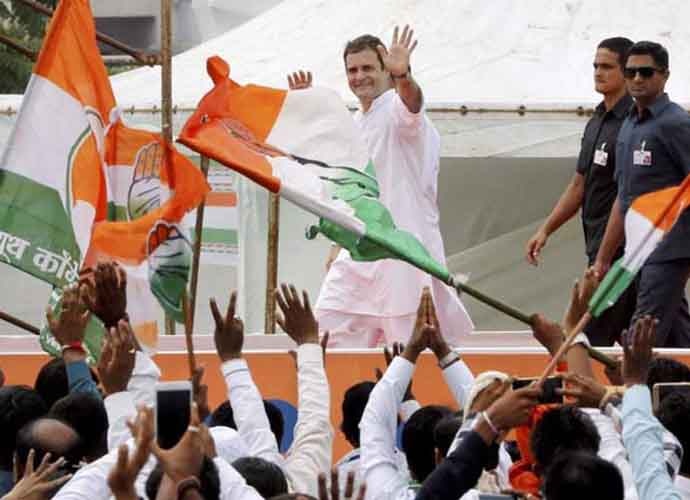 The positives for the Congress are also many. Party president Rahul Gandhi was able to energise the campaign and it was a well-planned effort. The Congress was wise enough to take the help of three young leaders who have been protesting against state BJP for the last three years. They were able to give a momentum to the Congress campaign. This was the best performance by the Congress since 1985.

Let us look at the hard lessons for BJP. I have been repeatedly stressing that the rural economy is not doing well with agriculture in distress. The setbacks that BJP received in Saurashtra are a pointer to the same distress. The government has concentrated too attention much on the processes and technology aspects to tap the money leakages that take place in welfare schemes. The objective is laudable but there is a human aspect also involved. We regularly hear about farmer suicides and their abject poverty. It is the job of the government to look at these problems with sympathy without getting tied down to processes and technology.

The party will also have to look at a more dynamic state leadership in the near future. A regular complaint of the electorate was that the party members had become very arrogant and needed to be taught a lesson. The party will have to keep this feedback in mind for the future.

The hard lessons for the Congress are many. It will have to urgently address the urban appeal issue. The party has no base left in the urban areas of Ahmedabad, Vadodara, Surat and Rajkot. An urban leadership will have to be created urgently if it wants to come to power in 2022. The party also needs to ponder over the fact that only three months of hard and sincere work could help them improve their performance so dramatically. A longer stint of such work could have got even better results. As I have pointed out in my earlier articles, the Congress has a core base of about 35 per cent voters who never go away from the party. A better state leadership and sustained hard work will work miracles.

I think the result thrown up by the electorate is just perfect. It is a wake-up call for the BJP and will keep their complacency and arrogance under check. They will start working hard and become result oriented. This is an encouraging result for the Congress. Their sincere campaign and hard work has been rewarded. It is better for the Congress to not be in power with a thin majority. They have no experienced state leadership at the moment and a gradual leg up is best for them. They can play the role of a powerful opposition.

All in all, a mature verdict by the voters. Some checks and balances and some encouragement. This is what democracy is all about. Democracy has won once again as it always does.