Why arresting Hafiz Saeed will not end terrorism

Pakistan's action is clearly an eyewash. And the timing is super suspect.

On July 17, Pakistan's counter-terrorism police arrested Hafiz Saeed, the alleged mastermind of the Mumbai attacks and head of now renamed Laskhar-e-Taiba, while he was on his way to a court in Lahore from Gujranwala city to seek bail in a terror-financing case.

Earlier, an anti-terrorism Lahore court had granted Saeed pre-arrest bail in a case pertaining to his organisation's alleged illegal use of land for its seminary. After his arrest, Saeed was presented in an anti-terrorism court in Gujranwala and sent on judicial remand for seven days to Kot Lakhpat jail in Lahore. But this is not the first time Saeed has been arrested by authorities. He has been in and out of jail many times before, freed usually by courts that have cited lack of evidence as a reason to free him. Hafiz Saeed has been in-and-out of jail and has got bail as numerous Pakistani courts were not able to find any evidence against him. (Photo: India Today)

This time, it may not be any different, given that Pakistan is not doing this because it suddenly has found 'evidence' against Saeed. Rather, it is widely believed that the reasons for this new wave of crackdown against him and his organisation have more to do with the upcoming visit of Pakistani Prime Minister Imran Khan next week to the United States, accompanied by the Pakistan Army chief General Bajwa.

Given that this is the first visit of the Pakistani PM to the US to meet American President Donald Trump, it is apparent that the Pakistani delegation does not want to be embarrassed by their counterparts in the US, which has repeatedly asked Pakistan to do more when it comes to militancy operating from its soil. However, it is pertinent to note here that the recent cases against Hafiz Saeed are not related to the Mumbai attack in which 166 people were killed. 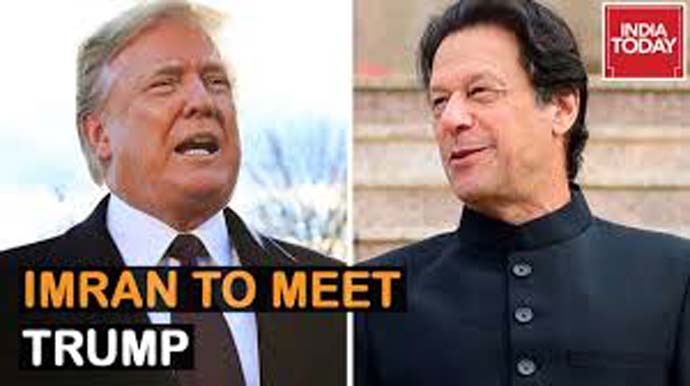 The arrest of Hafiz Saeed is linked to Pakistani Prime Minister Imran Khan's visit to US in the coming days. (Photo: India Today)

In January 2018, Trump had taken to Twitter to accuse Pakistan of lying and deceiving the United States while receiving billions of dollars in foreign aid. He had also alleged Pakistan harbored terrorists. Trump had further added that US had given Pakistan $33bn worth of financial support since 2002. Since the tweet, the relations between the two countries have remained tense, and they further deteriorated when the American government announced an aid cut of $300m to Pakistan over its perceived failure to tackle militant groups in September 2018.

At first Pakistan also seemed to distance itself from the US, and there seemed to be a divorce in the relationship, with Islamabad looking towards China and Russia as an alternative but it seems that the recent financial turmoil in the country has forced the country's civilian and military leadership to rethink its strategic alliances, given that it has heavily been dependent on receiving international aid to meet its domestic expenditures, especially the ever-increasing military spending, that takes up almost 25 percent of the government's budget.

Also, Pakistan's military equipment is mostly American and requires the help of Washington when it comes to keeping it up-to-date, and therefore, it cannot afford to not have the US on its side.

Pakistan needs American help for the maintenance of their military equipment which is mostly American.

Another reason why Pakistan has initiated this crackdown is the upcoming review it faces from the Financial Action Task Force — an international terror-financing and money-laundering watchdog that has warned Pakistan of being blacklisted for its lack of action against militant groups using the country for their financing and laundering activities without any hindrances.

However, the problem runs much deeper than just taking action against Saeed or few of his men, and/or disrupting the Lashkar's activities in Pakistan, most of which focuses on creating trouble and unrest in Indian Kashmir and mainstream India. Even if Pakistan successfully prosecutes Saeed or others like him, the real issue is dismantling the militant infrastructure and the ideology behind it — which Pakistani policy-makers are reluctant to act against until now. Pakistan should work on dismantling terrorist activities on its soil, which it fails to act on. (Photo: India Today)

The reason: such militant groups serve Pakistan's strategic goals at home and in the region. These goals include having a low-intensity conflict in the region that ensures Pakistan military's relevance and dominance at home to defend the country from any potential aggression from neighboring countries in response to such militancy. It also ensures that the help of Pakistan Army is a must when it comes to tackling such militancy – as we are currently witnessing in the case of Afghanistan, where the Americans have also acknowledged Pakistan's role in bringing the Taliban to have dialogue and a peace agreement with Washington. 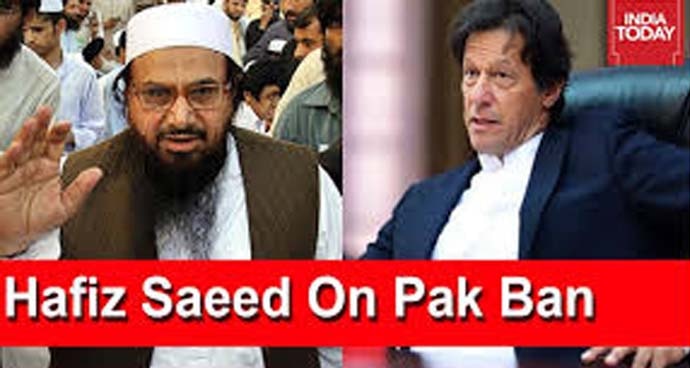 The whole world should know that arrest of Hafiz Saeed will not end terrorism. (Photo: India Today)

The Americans and the global community should realise that Pakistan's actions against Saeed or other such militant groups will not end violence and bloodshed in the region, unless it is ready to give up its policy of having proxies, and from the looks of it now, it does not seem to be doing so. There are new reports of Afghan-focused militants continuing to operate in parts of Balochistan and the tribal belt next to Afghanistan border and Kashmir-focused militants continuing to operate in parts of Punjab province and mainstream Pakistan.

Taking action against a few militant personalities that have become global names to ease international pressure is only a cosmetic measure and the world should not be fooled by this any longer.

Also read: The Jumlas of Pakistan: Pak says Hafiz Saeed will be arrested. Yet again

#Militants, #Laskhar-e-taiba, #Mumbai Attack, #Hafiz Saeed
The views and opinions expressed in this article are those of the authors and do not necessarily reflect the official policy or position of DailyO.in or the India Today Group. The writers are solely responsible for any claims arising out of the contents of this article.

The writer is a Pakistani journalist and is now living in exile.