No, Pakistan! Hafiz Saeed’s arrest is eyewash that is fooling no one

What might have worked for Pakistan in the past isn’t necessarily going to work, or work as well, now. Pakistan needs to clean its game and change its playbook.

Throughout the 2000s, Pakistan crafted a standard operating procedure to keep stringing the Americans on the issue of terrorism.

Every time a high-level American delegation visited Pakistan, or a Pakistani delegation went to Washington, our neighbour would suddenly discover, arrest and hand-over a high-value Al Qaeda or Taliban terrorist to the US.

This was done even more blatantly and brazenly when the US started to notch up the pressure on Pakistan demanding that it ‘do more’ against the terrorists. Many US analysts saw through their ploy, but at the political level, there was inexplicable obtuseness to understand the games the Pakistanis were playing. Every such ‘gesture’ was actually seen or spun off as a sign of a new beginning by Pakistan to try and come clean on the terrorists it was harbouring.

This time, once again under enormous pressure, Pakistan has dusted and deployed the same playbook. 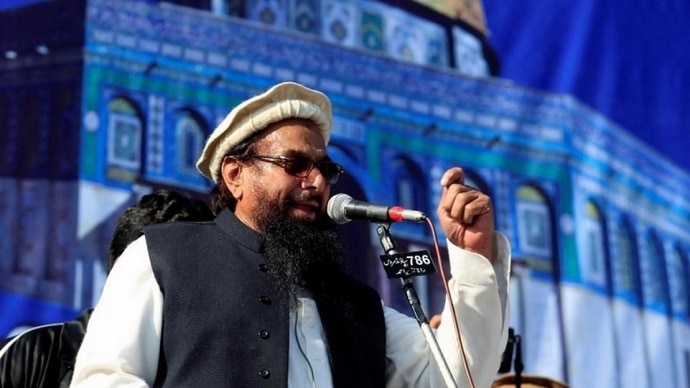 Hafiz Saeed's arrest does not seem to be having the desired effect on the US for Pakistan. (Photo: IANS)

On the eve of Pakistan Prime Minister Imran Khan’s US visit, the country made a show of cracking down Jama’at-ud-Da’wah /Lashkar-e-Taiba chief on Hafiz Saeed. Saeed is an iconic figure in Pakistan’s most competitive export industry — terrorism. Initially, just a day before the US Independence Day, Pakistani authorities charged Saeed and 12 others with terror financing and money laundering.

Even as this was being bandied about as a major step, Pakistan’s courts (often referred to as ‘Lions’ under the military jackboot) stepped in. They had probably not received the message to wait until the pressure had eased before granting relief to Saeed. An Anti-Terrorist Court granted anticipatory bail to Saeed and a few others.

The uproar that followed was quite embarrassing and damaging for the story that the Pakistani ‘deep state’ was trying to create. A day later, in a damage control move, Saeed was arrested despite the bail having been granted.

Although it was claimed that he had been remanded to judicial custody, it was reported that he was in fact putting up in the jail superintendent’s bungalow. This is again so ‘purana’ Pakistan where every time Saeed was detained it was either in a swanky government rest house or his own residence.

Forget the action being taken, even the spin being given to Saeed’s arrest is very ‘purana’ Pakistan. The Interior Minister, Ijaz Shah, a man who was hand in glove with terrorists in his previous avatar, has said that Saeed’s arrest was in Pakistan’s interest and not for the US’ benefit. This is exactly what was said on so many previous occasions when Saeed or some other terrorist chief was detained. There is, of course, a kernel of truth in this — warding off the pressure was and is in Pakistan’s interest.

But changing policy and strategy on using jihadist terror groups wasn’t and isn’t in the country’s interest. Therefore, Pakistan would milk every such eyewash of action for whatever it could. And, once the pressure lifted, it would do an about-turn and return to business as usual.

Having done this to death, one would have imagined that Pakistan may have altered its playbook. But no. It seems to believe that there is no need to change a winning strategy and so, once again, the same old drama of charge-arrest-hold-release-repeat is playing out.

Although officials in the US have let it be known that they aren’t impressed with Saeed’s arrest, and India’s ministry of external affairs has also expressed deep scepticism over what it sees as a cosmetic action in a repeat of the past, US President Donald Trump has been quick to take credit for forcing Pakistan to arrest the “so-called mastermind of the Mumbai terror attacks.” Pakistan — is in a real sticky situation with the Financial Action Task Force (FATF) sanctions looming large over its head and the International Monetary Fund bailout package being made contingent on getting a FATF clean chit — feels justified that its deception might work yet again.

Add to this the squeeze that the US has put on Pakistan, and the pressure mounted by India, and it is clear that it needs to be seen to be backing down to create space for a manoeuvre.

The grapevine in Pakistan is that Saeed and gang have been told to lie low for some time. As loyal soldiers of the Islamic Republic of Pakistan, they have agreed to do so.

Meanwhile, Pakistan will use the opportunity to impress upon the Americans that since they have started the process of prosecuting Saeed, the US needs to use its influence to make India ease up and back off from its confrontationist stance.

In other words, Pakistan is making a tactical retreat to gain strategic advantage. The only problem is that no one is biting. Even Trump might well be only lulling the Pakistanis and catching them off guard before he gives them an onerous wish-list of what they need to do for him.

As the old saying goes, too much of a good thing isn’t necessarily good. What might have worked for Pakistan in the past isn’t necessarily going to work, or work as well, now. Pakistan needs to clean its game and change its playbook because all its old gambits are no longer working.

Also read: Why Pakistan’s reactions to ICJ judgment are hallucinations