What political leaders can learn from Hemant Soren’s reformed leadership

Hemant Soren's proactiveness and clarity in decision-making have inspired great confidence in the residents of Jharkhand.

The famous adage — nearly all men can stand adversity, but if you want to test a man's character, give him power — is often attributed to former US President Abraham Lincoln. He was nicknamed ‘Honest Abe’ and has been elevated to a pedestal that very few politicians have tried to access.

This virtue stands somewhat similar to Hemant Soren. His leadership must be judged only after December 23, 2019, when he could finally form a stable government in Jharkhand. Since we aren’t entitled to judge anybody’s character in its entirety, we will try and restrict our evaluation solely to his reformed leadership style, which is one of his most prominent traits.

To begin with, Hemant Soren's ability to listen is perhaps his most significant trait as a leader. The complete lack of this trait has been the downfall of numerous political giants in the past. Yet, if one listens too much, it eventually affects one’s decision-making to the extent that he or she runs the risk of the leadership being branded as weak. It takes intent and bravery to face that risk and keep one’s ears open. This is especially true in times of crisis, when most leaderships have turned tone deaf, and fewer people are now complaining about it. By incorporating regular online conferences with his MLAs in his Covid-response methodology and by beginning each communication with a listening exercise, Hemant has shown that intent. In doing so, he set an example for the leaders on both sides of the aisle.

For a leader, delegation is another facet that needs cautious treading. By delegating the enlistment of beneficiaries for Direct Benefit Transfers (DBT) under Mukhyamantri Manav Seva Yojana, Hemant Soren has decentralised more in terms of power than responsibilities. One good part about the move was that apart from allowing his MLAs to stay relevant to their respective constituencies, it made the whole registration process more approachable and inclusive. Another deliberate move that inspires trust in his leadership. 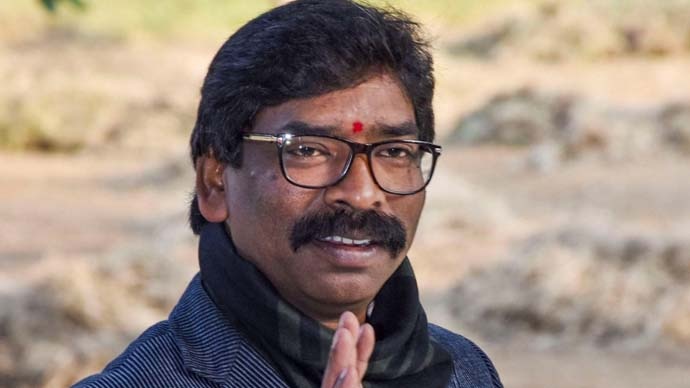 Hemant Soren's reformed leadership style is one of his most prominent traits. (Photo: PTI)

Celebrated NFL coach Vince Lombardi, who led his team to three straight and five total NFL championships, was inclined to believe that leaders are made, not born. For many, this is still not the final word and the jury is still out without sight of an imminent conclusion. Meanwhile, what we can agree on is that leaders can learn and grow with time and experience.

With the advantage of having seen Hemant Soren develop as a leader, we can confidently say that the Hemant of today has come a long way from when we first saw him. He has learned his lessons well and is still evolving. What better place to learn than from than one’s opponents? The most visible manifestation of his drive to learn is seen in his use of social media since he took office. Even half a decade after BJP flexed the power of social media, this is the first non-BJP government to take it hands-on instead of being forced to fall in line. The active online response management on the CM’s official handle along with Jharkhand Covid helpline have forced other government agencies in Jharkhand to be on their toes.

Strategy is the foundation of successful leadership. More often than not, a strategy is invalid without an ample amount of patience. Yet it remains the most elusive virtue — particularly among the political scions that this country has seen. Unlike most of them, Hemant has shown patience and grace. Patience must be as much a part of his inheritance, as is the premiership of JMM. It is no secret then that the party has coveted a strong mandate in Jharkhand. This is almost like the English cricket team that has coveted the ODI World Cup. This is despite having legitimate claims on the existence of their objects of desire. Fortunately, the year 2019 finally ended that drought for both JMM and the England Cricket Team.

Having made something does not automatically give you the rights over it. This is a lesson that can’t be learnt without patience. Hemant Soren has always steered clear of taking BJP’s nationalist agenda head-on, avoiding the pressure of staying continually relevant as the opposition. In doing so, he has spared his voters the dilemma of choosing between his party and the country. JMM is a regional party and only a patient leadership knows when to strike and when to dodge. A similar approach has allowed the likes of Naveen Patnaik and YS Jaganmohan Reddy retain and gain turf respectively, despite BJP’s continuous nationwide surge. Even Arvind Kejriwal realised soon enough that nationalism is one parameter where drawing parity with BJP trumps over choosing to differentiate.

Hemant has also shown great proactiveness in helping Jharkhand’s migrants find their way home. Be it the first train or the first flight for migrant labourers, they found their way back home in Jharkhand. In an even more remarkable decision, he ignored the pressure of falling revenues and kept liquor shops shut for over two weeks more than most other states. Although his proactiveness and clarity in decision-making have inspired great confidence in the residents of Jharkhand, it remains to be seen if Hemant Soren will be able to deliver on this when it comes to taking tough decisions on labour laws and inviting industries and assuring investors on policy stability. All said and done, this will be the sole factor where Jharkhand really needs to cross the bridge that Bihar has failed to.

#Covid-19, #Migrants labourers, #Jharkhand mukti morcha, #Hemantsoren
The views and opinions expressed in this article are those of the authors and do not necessarily reflect the official policy or position of DailyO.in or the India Today Group. The writers are solely responsible for any claims arising out of the contents of this article.