Why 28% GST is ruining tourism for Himachal Pradesh

The state of Himachal Pradesh is going to the polls on November 9, 2017. It has, for the last two decades, voted in order to defeat every incumbent government. Whether the same pattern will continue is not certain with no undercurrents of a wave witnessed for or against any party. There are a large number of issues which dominate the present spectrum, including development, employment and governance issues related to the Centre — such as Goods and Services Tax (GST) and the demonetisation quagmire; the former has adversely affected tourism, and hence sustenance and development in the state.

Tourism is considered the mainstay for a large number of locals employed directly and otherwise in this major sector in Himachal. No big surprise there as there are more than 20 million tourists, 250 per cent more people than the state’s population, visiting Himachal throughout the year.

More than 1.5 million foreign tourists too throng the state in different seasons. 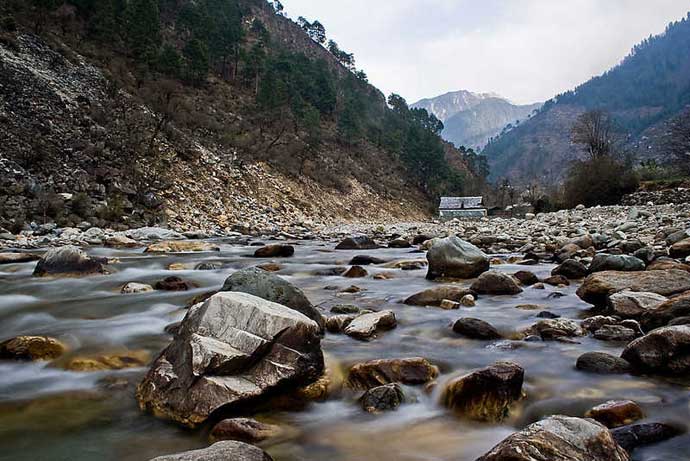 Every year, more than 40 lakh tourists visit a small city like Shimla with a population of just 2,00,000. Photo: Tripoto

There is a popular belief in the region that tourism flourishes here by default owing to its failure in neighbouring states. But the introduction of GST has created fear in the tourism industry. Though conclusive data to prove that the tax reform has dissuaded tourists from visiting the state is not available at the moment, leaders in the industry are feeling the pinch.

Every year, more than 40 lakh tourists visit a small city like Shimla with a population of just 2,00,000. Industry owners have complained about the utter confusion and chaos that persists with the introduction of the GST.

A look at the list of tourist destinations across the world and the tax that is collected from the travellers would prove how erroneous it is to have an exorbitant 28 per cent GST on tourism in the state.

The memorandum submitted by the Hotel and Restaurants association of North India has categorically demanded a rollback of the tax. It is interesting to note tourism's sizeable contribution towards the state’s GDP. Its share is more than 7.5 per cent. It is a source of sustenance for a large section of the Himachali society. Officially recognised hotels have a capacity of 1,000 beds and home stays, running unrecognised, can claim an equal number in terms of occupancy. This in itself shows the ambit of tourism in the state.

The memorandum from the hotel industry further highlights the need for a favourable tax structure for the industry. It should encourage the FTAs as well as the meetings, incentives, conferencing, exhibitions (MICE) segment to come to India, thereby contributing to India’s foreign kitty. In the study conducted by the Organisation for Economic Co-operation (OECD) on the impact of taxes on the competitiveness of tourism, it was highlighted that most nations recognise that tourism is a critical economic driver. European countries have fostered the growth of tourism by keeping taxes in the sector to a minimum, as evident from the above table.

It is extremely detrimental for employment in the city as the hotel and restaurants industry in Shimla directly employs more than 20,000 people.

GST remains a heavily criticised reform and hence the mood of the electorate seems unfavourable for the BJP. The party, however, has tried to brush it aside by presenting it as a case of Congress and BJP's joint efforts. How it will affect the prospects of candidates only time will tell. But there is a strong undercurrent of anger against the advocates of GST in the tourism industry.

Also read: A thriller writer explains why he sets his books in Kumaon