Why we need to rethink the Hindu Charter of Demands

The charter is a welcome experiment, but one which may, unfortunately, create more discord than unity given the unpleasantness surrounding it.

On September 22, a group of "anguished" Hindus met in the Capital to propose a “Just and Equitable move for Equal Rights for Hindus.” This meeting resulted in a Hindu Charter of Demands (HCD). The HCD started circulating soon thereafter in two versions: a shorter one-pager consisting of eight demands and a longer 14-page PDF in which the same were elaborated with subdivisions and explanations.

As I write this column, some 46,365 signatures have been collected constituting 46 per cent of the targeted one lakh signatures, which the organisers will submit to the government to pressurise it into acceding to their demands.

At the face of it, this seems like a new political methodology, if not movement. Lobbying through social media to influence legislation and policy, if not electoral results, is novel to Indian politics. The leaders, mostly educated middle-class professionals, are asserting their right to be heard without having the benefit of numbers on their side.

Political innovation is always welcome especially in a large and evolving polity such as ours; indeed, it is what makes our democracy vibrant. To build caucuses, special interest groups, factions, and other means of influencing the government is very much a part of the configuration of modern democracies. If HCD succeeds, digital India would have come of age politically.

But will it? Let’s look at the charter a little more closely. On the face of it, its 8 demands do not seem farfetched or objectionable; some are not even Hindu per se. For instance, demand 8 “to provide equal opportunities to all Indian languages.” How it is to be implemented raises a big, and altogether different, question.

Indeed, the process of implementation of any of these demands is not sufficiently spelled out.

All that seems clear is to use the coercive, if not legislative, power of the state to fulfill the demands.

The second demand to “to repeal FCRA act completely and ban all foreign money inflow through FCRA” is not necessarily beneficial, let alone "Hindu". It would prevent non-missionary foreign philanthropy from reaching India. Several foundations, including the Bill and Melinda Gates Foundation, Aga Khan Foundation, not to mention the Ford Foundation, known for its support of left-liberal causes, would also be shut out.

Reminds me a bit of how George Fernandes kicked out Coca-Cola and IBM from India when the Janata Party came to power. Needless to mention, they were back with a bang a few years later. It would be far better, as the government is already doing, to monitor and prevent conversion-funding disguised as charity.

Demand five to ban all “export of beef from India” is bound to hurt us economically since India is one of the largest exporters in the world. Our Charter friends may not wish to be reminded of what "Veer" Savarkar said: “When humanitarian interests are not served and in fact harmed by the cow and when humanism is shamed, self-defeating extreme cow protection should be rejected” (Samagra Savarkar Vangmaya, Vol 3, p. 341). 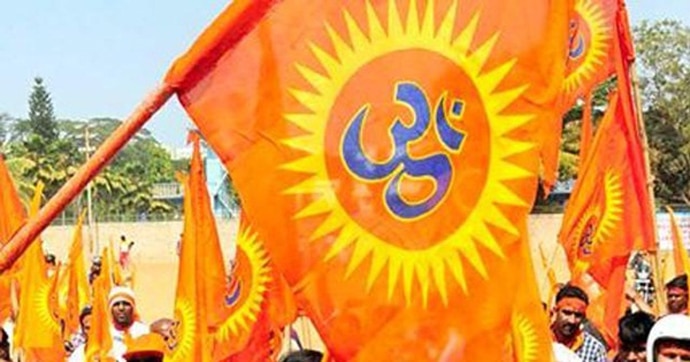 Some portions of the Charter seem hastily if not inadequately, drafted. (Photo: PTI)

Demand 6, to “establish a Haindava Samskruti Jeernoddhara Nigam (CPSU), with a seed fund of at least Rs 10,000 cr for the restoration of dilapidated temples…” will also not go down well with those who consider it violative of India’s constitutional separation of "church" and state.

But more than the charter itself, the noise and belligerence surrounding it on social media have been more striking. Isn’t it quite "un-Hindu" to see as enemies all those who are not in agreement with you? What happened to “ekam sad vipra bahudha vadanti” quoted so proudly in the detailed Charter?

I wrote a column last week mentioning the HCD as showing up fault lines in the Hindu vote-bank in the run-up to the 2019 elections. I faced an unprecedented barrage of cyberbullying, trolling, name-calling, and abuse. It was even worse than the periodic and repeated sledging from Left-liberal trolls. Considering this targeted attack, not to mention its virulence, I am convinced that it cannot be innocent. Have the enemies of the BJP seized upon the HCD as another opportunity to create confusion, anger, and dissension in the RW? It would seem that paid trolls and BOTS have infiltrated some of these debates and are working over-time to ensure that all hell breaks loose.

In this respect, the silence of non-Hindus, including Muslims, has been salutary. Rather than being alarmed, they have expressed no views on the Charter so far, leaving the Hindus to squabble among themselves over it.

I do not oppose HCD, but if these “Hindu demands” do not gather electoral traction or translate into legislation, they will amount to little. Elections are won or lost not on charters or demands of this kind, but on mass mobilisation and emotional appeal. Have the proponents of HCD thought their strategy through?

Some portions of the Charter seem hastily if not inadequately, drafted. Some demands are less just than others, while one or two seem impractical if not untenable. The HCD is a welcome experiment, but one which may, unfortunately, create more discord than unity given the unpleasantness surrounding it.

The ruling party is already cognisant of these issues and is working on them, albeit quietly and cautiously. Therefore, those who threaten not to vote for BJP in 2019 or opt for NOTA if such demands are not met, seem misguided, if not mistaken.

#Lok Sabha Polls, #2019, #FCRA, #Hindu charter of demands
The views and opinions expressed in this article are those of the authors and do not necessarily reflect the official policy or position of DailyO.in or the India Today Group. The writers are solely responsible for any claims arising out of the contents of this article.