After Sukhdev Singh Dhindsa, Ranjit Singh Brahmpura is the latest to announce his resignation.

You can’t really call it a rebellion, but there seems to be a lot amiss in the Shiromani Akali Dal (SAD).

On October 23, Ranjit Singh Brahmpura, the second-most senior leader of party, announced his resignation as senior vice-president and member of the core committee.

Although the 82-year-old Lok Sabha MP from Khadoor Sahib, near Amritsar, said he was hanging up his boots because of his advancing age, his disillusionment with the SAD leadership was plainly evident.

A grim-looking Brahmpura told a group of reporters outside his Amritsar house that he would not contest elections after completing his present term. Neither, he said, would his son Ravinder Singh Brahmpura (former MLA from Khadoor Sahib) contest polls on an SAD ticket.

Brahmpura is not the first senior or taksali Akali politician to quit party positions. 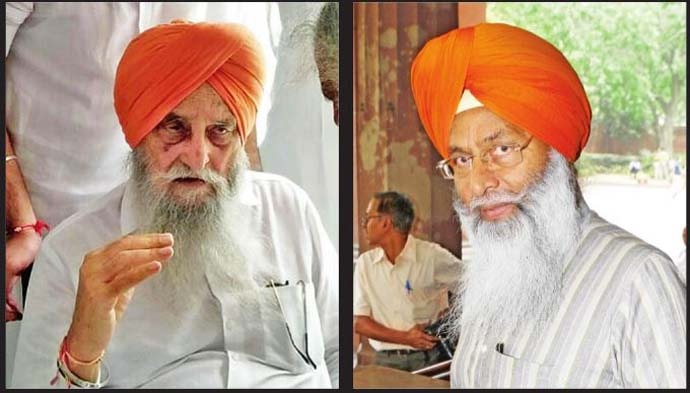 Decisions, which the leaders say, led the party to its worst ever electoral debacle in the February 2017 Assembly polls, when the SAD won a mere 15 seats.

The crisis in the party began swelling after the monsoon session of the Punjab Vidhan Sabha, wherein the incumbent Congress government tabled the Ranjit Singh Commission report.

The Akali leaders questioned the party leadership’s decision to boycott a discussion on the report, which directly blamed former chief minister and SAD patron Parkash Singh Badal for the police firing on Sikh devotees protesting the desecration of the Guru Granth Sahib at Kotkapura and Behbal Kalan village in 2015.

Although it started out with their differences over the Assembly session boycott, barring Dhindsa, the rest of the leaders have said they have been particularly hurt by the party leadership’s highly controversial decision to pardon the Dera Sacha Sauda chief Gurmeet Ram Rahim Singh in September 2015. Parkash Singh Badal is over 90 years old and so are most of his contemporaries. (Photo: India Today)

The Dera chief was excommunicated through a hukumnama (religious edict) by the Akal Takht in 2007 for allegedly imitating the Tenth Sikh Guru, Gobind Singh.

Speaking to reporters in Amritsar, Brahmpura said, “The pardon given to the Dera Sirsa head Gurmeet Ram Rahim and the death of two Sikhs in police firing (at Behbal Kalan), were tragic episodes for the community, which also became the reason that the Akali Dal couldn’t form the government in 2017.”

It is noteworthy here that all the voices of dissent belong to older Akali leaders, closer in age and clearly more comfortable with Parkash Singh Badal.

In fact, Sekhwan claims that shortly after the poll debacle last year, several party veterans had called upon the former CM to take over the reins of the party from his son.

While Badal senior hasn’t commented on this and none of the dissenters have named him directly, it is more than evident that the older Akalis are not happy with the way the party has been run for the past 13 years, with Sukhbir at the helm.

Many believe the Shiromani Akali Dal is undergoing a generational shift.

Parkash Singh Badal is over 90 years old and so are most of his contemporaries.

But what is notable here is that not one of the younger leaders, including several sons of older veterans, has said a word against the party president or his style of functioning.

In fact, most of them, like SS Dhindsa’s son and former finance minister Parminder Dhindsa, appear stoutly to be with Sukhbir Badal. Whatever be the case, the SAD leadership will have an opportunity to prove itself once again in the upcoming Lok Sabha elections in 2019.

#Punjab, #Parkash Singh Badal, #Gurmeet Ram Rahim, #Shiromani Akali Dal
The views and opinions expressed in this article are those of the authors and do not necessarily reflect the official policy or position of DailyO.in or the India Today Group. The writers are solely responsible for any claims arising out of the contents of this article.