Akali Dal in deep crisis: Who had pardoned Gurmeet Ram Rahim Singh in 2015?

Former SGPC chief Makkar said the pardon was insisted upon by Sukhbir Badal.

Revelations made by the Justice Ranjit Singh Commission, which was tabled in the Punjab Assembly last month, have provoked a churn within the Akali Dal.

Many of the party’s old guard, including the Badal family loyalist and former minister Tota Singh and former Shiromani Gurudwara Prabandhak Committee president Avtar Singh Makkar, have questioned the leadership’s decision to boycott the Assembly discussion on the report.

The Commission looked into the numerous incidents of sacrilege and police firing at Behbal Kalan and Bargari in October 2015. 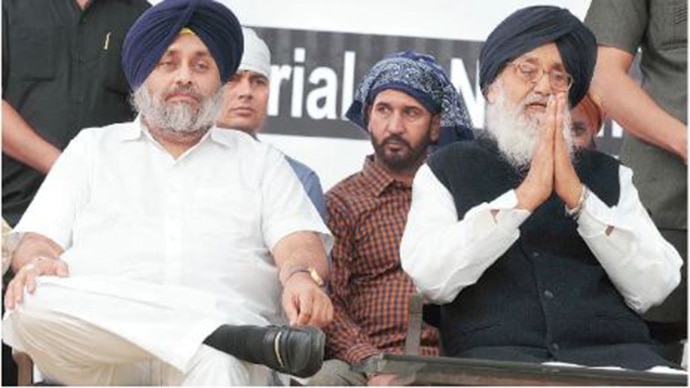 Both Prakash Singh Badal (right) and son Sukhbir Badal (left) were not present in the Assembly during the discussion of the Justice Ranjit Singh Commission report. (India Today)

On the day, the SAD patriarch and former chief minister Parkash Singh Badal was indisposed and the rest of the legislature party, led by the former deputy chief minister Sukhbir Singh Badal, in its wisdom, decided to stage a walkout.

Rather than challenging the disparaging indictment contained in the 600-odd-page report inside the house, the Akali MLAs protested outside, rejecting Justice Ranjit Singh’s findings as “politically motivated”.

This gave the Congress a free rein to attack the Akali leadership on a day when the Assembly proceedings were being telecast live and being avidly watched all across Punjab. And for once, supported by the Aam Aadmi Party (AAP), Congress legislators repeatedly cited the report to openly accuse the former CM of having prior knowledge of events, including the police firing, resulting in the death of two Sikh protesters at Behbal Kalan village. A number of the speakers, including AAP’s HS Phoolka, sought the immediate registration of an FIR against Badal and the then DGP, Sumedh Singh Saini. Although Badal has denied that he had any knowledge of the impending police action the night before the firing was resorted to on October 14 morning, the ferocity of the Congress’s attacks has, for the first time, encouraged many Akali leaders to question the leadership’s decision to withdraw from the debate in the house.

A day after the Assembly session, former SAD minister Tota Singh, who has never ever been known to question the Badals, said it was a mistake to walk out and that party MLAs ought to have stayed in the house to defend the former CM’s honour.

But the bigger shocker came on September 3, when former SGPC chief Makkar publicly disassociated himself from the 2015 decision to pardon the Dera Sacha Sauda chief. The Akal Takht jathedar Giani Gurbachan Singh issued an edict on September 24, 2015, exonerating Gurmeet Ram Rahim Singh from an earlier, 2007, Hukumnama wherein the Takht had ordered a social and religious boycott against him for ‘disrespecting’ the 10th Sikh Guru. 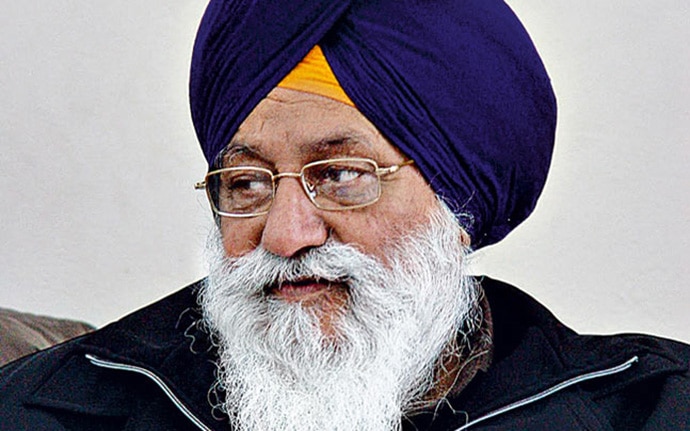 Makkar publicly disassociated himself from the decision. (Photo: India Today)

The pardon, Makkar said, was insisted upon by Sukhbir Badal, who as president of the SAD, also commanded authority in the SGPC. Makkar’s revelations in tandem with the instances of sacrilege and the police action at Behbal Kalan and Kotkapura, have now brought forth more voices of dissent within the SAD.

At a meeting in Amritsar on September 8, attended by several SGPC members and former jathedars, participants called for the removal of Giani Gurbachan Singh as the Akal Takht jathedar. While Makkar himself stopped short at saying that “Giani Gurbachan Singh should quit immediately,” Kiranjot Kaur, a longtime SGPC member and granddaughter of the venerated Akali leader Master Tara Singh, said the only solution was for Badal junior to step aside and hand the leadership of the SAD to someone else.

There is clearly an emerging crisis within the SAD. And it is all the more palpable because no one has earlier dared to question the authority of the Badal family. But knowing Sukhbir and his reputation for taking on challenges, this could well end up being no more than a hiccup.

#Congress, #Punjab, #Ram rahim Singh, #Akali Dal
The views and opinions expressed in this article are those of the authors and do not necessarily reflect the official policy or position of DailyO.in or the India Today Group. The writers are solely responsible for any claims arising out of the contents of this article.