After Balakot: How 'denial' is both shield and weapon for Pakistan

Two years ago, when a specially-raised commando team struck across the Line of Control (LoC) and dismantled a large terror camp there, the first reaction from across the border was a strong denial.

Pakistan immediately denied that a surgical strike happened. It's another matter that a lot of Indian influencers (including politicians) on social media also led some credence to the Pakistani denial.

The next day, the Indian army called a press conference, explained the attack — and left it there.

On the other side of the border, Pakistan kept hurling "truth bombs" on social media and from inside their TV studios. There was a point when their tales spun out of control, with their TV debaters threatening India with nuclear strikes if India carried on with its so-called "misadventures." If you go back and see those TV debates on YouTube, you will laugh your hearts out. According to Pakistan, even the first surgical strike, post-Uri, apparently didn't happen. Do we see a pattern here? (Source: IndiaToday.in)

A year later, the Indian government finally released the video evidence of the surgical strikes — and even bestowed Major Rohit Suri with a Kirti Chakra. Rohit had led the team to LoC launchpads and brought them safely home. When Rohit was receiving his gallantry medal, the amusing denials from Pakistan died a natural death.

Today, it's 27 February 2019 — and we are witnessing an exact re-run of the same — Pakistan looking the other way and saying: "Oh! This never happened!"

In fact, Pakistan's official response to the second surgical strike is actually funnier than the first one.

Earlier, the Pakistani government posted a few inexplicable pictures of some trees and some dug-up soil, along with the following tweet:

This tweet actually mirrored two earlier tweets of Major General Asif Ghafoor (their army spokesperson) who tweeted the photos in the first place. Here are his tweets:

The tweet denied that there were any damages or casualties, which became the core message of their "strong" rebuttal to the media.

The pictures associated with the tweet are shot from close-range and from a phone camera but those were enough to placate the Pakistani media that the Pakistani airforce and army were alert and, most importantly, reacted with alacrity when Indian armed forces got into their territory.

As the day rolled by, Pakistan's response started bordering on the comical as they vowed that they would avenge the incursion into their territory, but hastened to add that action will not be taken immediately but at a time and place of their "own choosing".

As I write the article, several Pakistani journalists are looking like the red-faced Tamatar Journalist — frothing at the mouth and speaking about how the Indian armed forces are lying through their teeth. It's a nice, funny spectacle they are making of themselves.

Now that we have found a pattern in the behaviour of Pakistanis post a surgical strike, we must wonder why.

Pakistan's denial is actually the last shred of defence it has to save its face — with a bloodied nose — in front of its citizens.

If the Pakistani army admits to any material or property damage (even minor), then it gets proven that Indian aircraft flew into their territory, and their so-called advanced airforce couldn't do a thing to the Indian fighter pilots (which is true, actually).

So, accepting any damage would amount to accepting their shortcoming in defending their own nation. 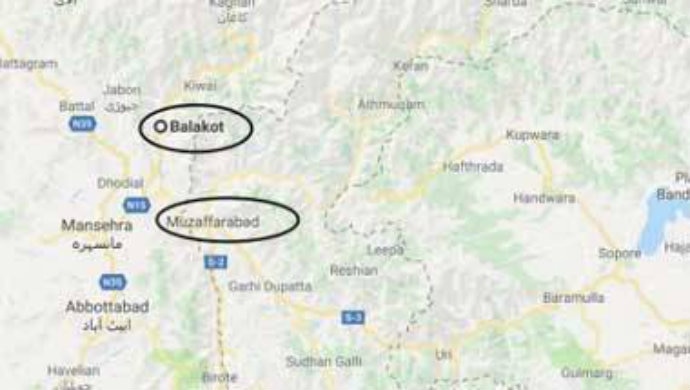 Embarrassed by its own failure, Pakistan cannot admit material damage or a death toll. (Source: Twitter)

At the same time, Pakistan cannot accept any human damage because it knows that the strikes took place far away from civilian areas. Any confirmation of a large number of human casualties in the wilderness is a sure-shot acceptance that it was an operational terrorist station, and it would confirm India's assertion that the facility was actually a terrorist training facility and a control room of the Jaish-e-Mohammed.

So, the incessant denials from Pakistan is actually a shield over the incompetence of its own armed forces — who were sitting ducks when a large formation of 12 Indian fighter jets flew into their airspace.

Obviously, now we come to the threats of retaliation that they are engaging in right now.

Will Pakistan be able to attack us as they are claiming?

The answer is a resounding, 'No!'

In my humble opinion, this too is just a diversionary tactic to placate their citizens.

Pakistan simply doesn't have enough money to sustain a war with India — Pakistan's economy is in such a bad state that they are begging for money from everywhere. War always comes at a very high cost, and Pakistan, with a such a fragile economy, will plunge into a deep crisis even if it thinks of war.

Also, if Pakistan engages in a war with India, it becomes apparent that they have suffered intensive damage. For, if the Pakistani jets had actually scared away the Indian jets, as they claimed, from their territory, is there any need of a full-fledged war?

If Pakistan attacks India because India acted against terrorist launch pads, then Pakistan is actually giving credence to the Indian statements at the United Nations that Pakistan is the "mothership of terrorism". 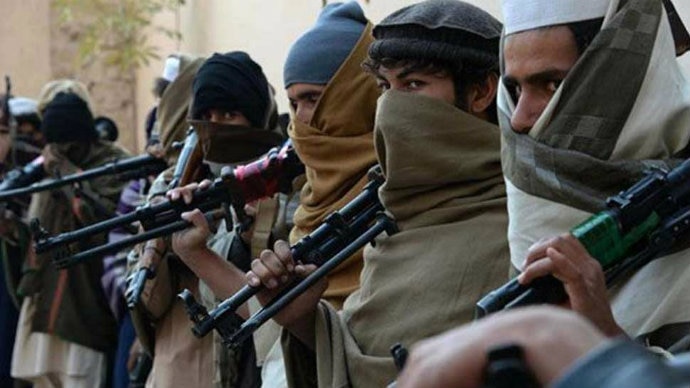 Pakistan has to live in denial — because it has created this situation for itself. (Source: Reuters)

You see, Pakistan is locked in a conundrum that it has created for itself over the years by nurturing, training and feeding snakes in its own backyard!

Now, they have no option but to take shelter under the garb of a 'strong denial'. And Pakistan will continue to live under this garb till the poisonous snakes in its backyard enter their homes and destroy them completely.

But in India, a year or two from now, we will perhaps get to see the night-vision footage from thermal imaging cameras mounted on the aircraft of the second surgical strikes.

And we will feel the josh. Again. And again.