Enter, Prashant Kishor: The recent meeting between the JD(U) pollster and the Shiv Sena has raised many questions

Why was poll strategist and JD(U) leader Prashant Kishor recently meeting with Shiv Sena's top leadership? Was this about new plans for the upcoming polls — or for national roles after the polls?

On Tuesday, an emergency meeting at the Shiv Sena president’s residence, Maatoshri, turned out to be a surprise for many, including party insiders.

While many speculated that all the frontline leaders, MPs and MLAs had been called there to discuss the Lok Sabha election strategy, the presence of political strategist Prashant Kishor stunned many. And it was not just party leaders — political observers who have seen the Shiv Sena's style of politics since Bal Thackeray’s days were also very surprised.

So, the news that came out of the Bandra den was that the political strategist — who has handled some of the most high-profile political battles — will be offering his services to the saffron party in the forthcoming elections.

But does the story end there?

There could be much more than what meets the eye. Prashant Kishor at the Sena den could mean many different things! (Source: IndiaToday.in)

Prashant Kishor offering his poll machinery to the Sena has, in fact, opened up some interesting permutations and combinations. The first is about the ‘ekla chalo re’ sentiment the Sena has depicted for more than a year — in its national executive in January 2018, the Shiv Sena already passed a resolution, saying that it will not forge an alliance with the BJP.

However, it’s a different story that more than a year later, the duo still continue their courtship, both in the state as well as the centre.

Interestingly, post-Bal Thackeray, the Shiv Sena has rapidly changed its colours and style of functioning. It’s no more a rabble-rousing party. Aditya Thackeray, an ex-Xavierite himself, is more cosmopolitan in his approach. More than the streetsmart style, Aditya follows the latest approach, including techniques like data analysis, surveys, etc., of a new-age electoral politics.

So, with someone like him calling the shots in the party, the entry of Prashant Kishor in its election planning is not too surprising. Post-Bal Thackeray, the Shiv Sena has rapidly changed — and Aditya Thackeray is more modern in his approach. (Source: IndiaToday.in)

But this could just be plain narrative — the truth could be something else altogether. A section of political 'pundits' also called Kishor an emissary from the BJP to bridge the gap in the saffron siblings. It is believed that Kishor was instrumental in sealing a 50-50 seat-sharing pact for the BJP and JDU in Bihar. More than anyone else, the move came as a shot in the arm for the Shiv Sena in Maharashtra. The party, which has been at constant loggerheads with the BJP about ‘who the elder brother is’ found renewed confidence after the Bihar alliance.

So, there is intense speculation that Kishor may stitch the alliance together in a slightly tattered political landscape in Maharashtra, too, quite along the same lines. And unlike Bihar, the BJP here would not have much to give away.

In 2014, the seat sharing in Maharashtra for the Lok Sabha was at 26-22, with the BJP contesting on the maximum number of seats. So, it would just be about giving away two seats from its quota.

Bringing down someone like Kishor, who is a JDU vice president and has offered his services to parties like the BJP, the Congress, the JDU and the YSRCP would not be something that would be on the minds of the Shiv Sena leadership. After all, a JDU person, figuring out an alliance for the Shiv Sena and the BJP, would be equal to the popular Hindi song, ‘Begani shaadi me Abdullah deewana!’ 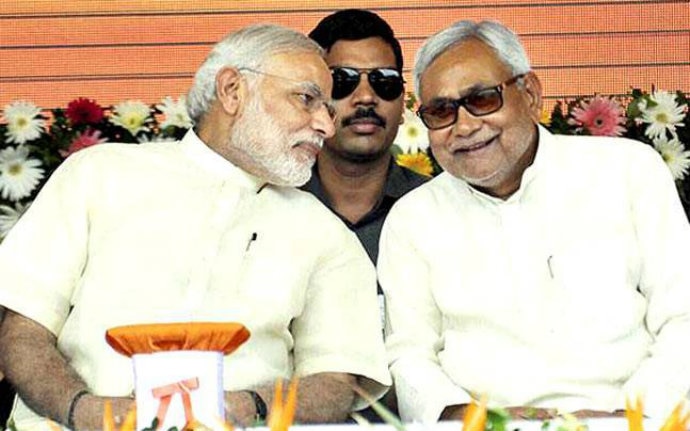 Prashant Kishor has been instrumental in bridging the gap between two other saffron siblings. (Source: IndiaToday.in)

However, the third angle that is emerging, could, in fact, be even more interesting.

Some highly placed sources in the Shiv Sena say that it is neither about offering professional services, nor bridging the gap between the two parties.

In a hung house scenario with the BJP lagging far behind in numbers, someone like Nitish Kumar may throw in his hat for the top job. The role of parties like the Shiv Sena, which are expected to cross double digits, may be vital in this situation.

Having a non-BJP (or anyone else but Narendra Modi) Prime Minister, that too from within the NDA, would be a set-up the Shiv Sena too apparently would not mind. Rather, it would lead to a comfortable positioning for the Sena. And that perhaps would also suit the Sena’s BJP-bashing image — both sides of their bread would be buttered.

The Shiv Sena could well continue with its muscle-flexing and it can even avoid the embarrassment of supporting parties that have not been part of the NDA in the past.

What could be the icing on the cake is that to be in a position to flex its muscles with some good numbers, someone like Prashant Kishor could be offering his services for poll strategy and management. 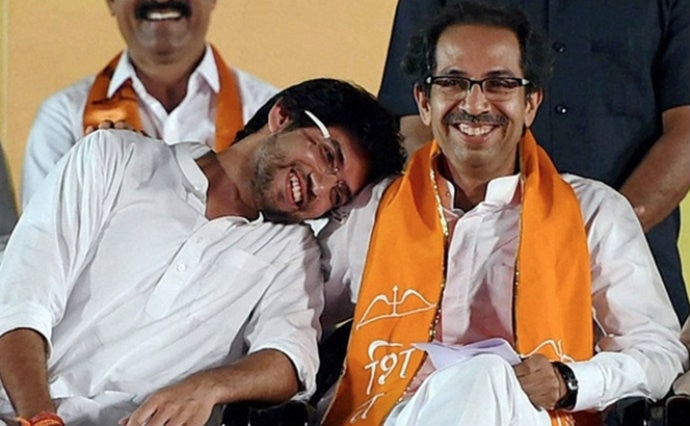 Could this family-run regional party in fact turn into a major game changer in the 2019 Lok Sabha polls? (Source: PTI)

The Shiv Sena though for now is keeping its cards close to its chest. With Prashant Kishor’s entry, it has opened up new possibilities that could perhaps fit its stance the best.

Whatever role Kishor plays, the next few days will certainly be interesting to watch. Who knows, this particular political role-playing, so far, between two groups of regional leaders, could very well turn out to be the game changer of 2019!

Post your comment
#Aditya thackeray, #Prashant Kishor, #Shiv Sena-BJP alliance, #Shiv Sena
The views and opinions expressed in this article are those of the authors and do not necessarily reflect the official policy or position of DailyO.in or the India Today Group. The writers are solely responsible for any claims arising out of the contents of this article.