There are two options in front of the former Pakistan PM — jail or self-exile.

The Accountability Court in which former Pakistan Prime Minister Nawaz Sharif and his daughter Maryam are being tried on charges of corruption will today pronounce its judgment in one of the corruption references filed against him.

There is a virtual consensus among political pundits, legal eagles and the chattering masses and classes that Sharif will be convicted, not because he had a weak defence against the corruption charges but because the judgment had been written even before the trial started. The court proceedings were a mere formality being observed to maintain the charade of due process and the fiction of a fair trial. 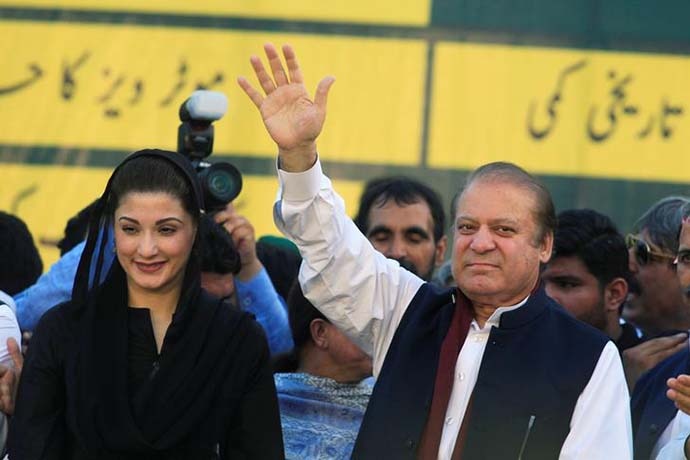 The only surprise will be if Sharif is acquitted, or if he is given a light sentence. Of course, given the ruthlessness with which the forces — the military, judiciary, political opposition and a section of the extremist religious parties — arraigned against the Sharif family have cornered Nawaz Sharif, his family and his party, any leniency for either him or his feisty daughter, is highly unlikely, even less so at a time when the election campaign for the 2018 general elections is climaxing.

Letting go of either Sharif or his daughter and heir-apparent, Maryam, at this time would mean putting paid to all the efforts that have been made to fix the electoral match in favour of Imran Khan. 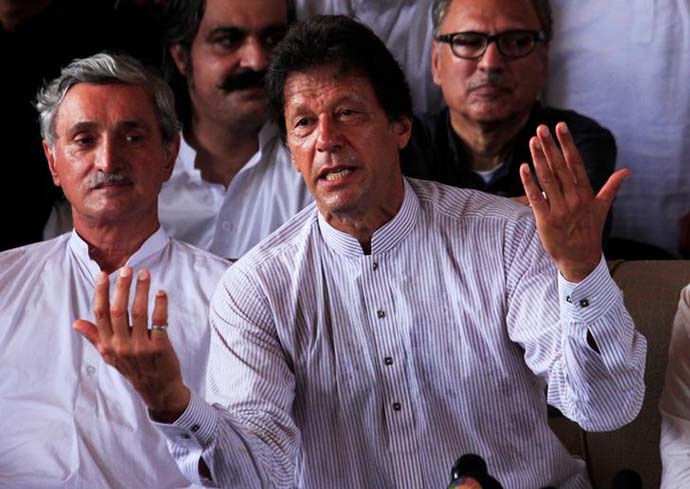 The deep state has pulled out all stops to ease the path for Imran Khan. (Reuters)

Without a fixed match, Imran Khan did not stand much of a chance at the hustings against the formidable election machine called Pakistan Muslim League – Nawaz (PML-N).

The deep state has, therefore, pulled out all stops to ease the path for Imran Khan. But despite all the political engineering to defeat the PML-N — the defections that were induced and forced through intimidation, the imprisonment and disqualification of top PML-N leaders, the unremitting and thinly disguised institutional inimicality from the military, judiciary and the anti-corruption watchdog, National Accountability Bureau, and last but not the least the brazen misuse of the media which was either muzzled, muscled and manipulated through money — the party not just remained in the fray, but also seemed to be in the lead.

The only hope is to now remove Sharif and Maryam from the election campaign, either by throwing them in jail or creating conditions that they both self-exile themselves in London where they are currently attending on Sharif ’s critically ill wife.

It is quite clear by now that in Sharif’s absence, the party’s campaign just doesn’t have the zing. Sharif had successfully turned his ouster into a political slogan that resonated with his supporters. 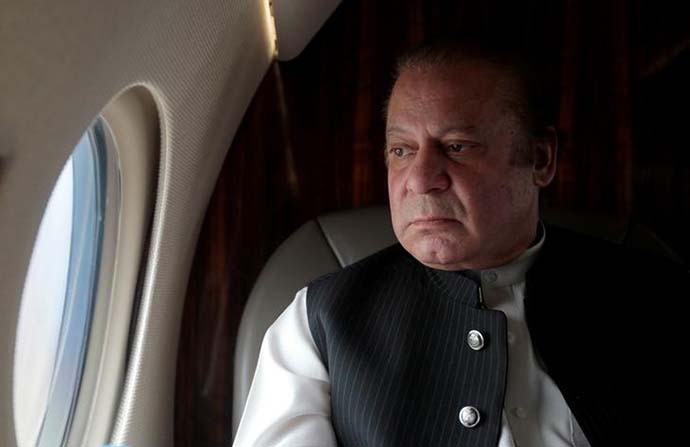 If Sharif opts for self-exile, his politics will be finished. (Reuters)

His whistle-stop tours across the country drumming up support against his ouster drew unexpectedly large crowds, and really spooked his political opponents. But since he left for London, his brother Shahbaz Sharif, who hopes to become PM, has just not been able to fill his shoes. The PML-N vote has always been Nawaz Sharif ’s vote and the lacklustre campaign being led by Shahbaz isn’t really helping the PML-N.

If anything, by trying to suck up to the deep state and military and judiciary, he has diluted the potent narrative that Nawaz Sharif and Maryam had built, and in the process confused the core constituency of the party.

Therefore, unless Nawaz Sharif or Maryam can return and put some fire in the campaign, the party could end up on the losing side.

The dilemma for Sharif is whether he should come back and risk jail or go into self-exile and wait for an opportune time to return. The problem is that if he opts for self-exile, his politics will be finished.

He has had a tough time living down his last exile in Saudi Arabia after the military coup of 1999. 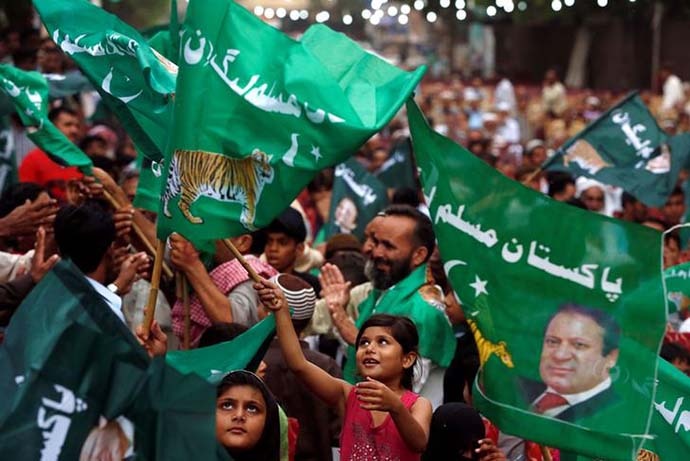 Unless Nawaz Sharif or Maryam can return and put some fire in the campaign, PML-N could end up on the losing side (Reuters)

A repeat of that will be politically disastrous because it would look like he has run away and not shown the courage to face his tormentors like a hero. On the other hand, if he returns, he will most likely end up in jail.

Chances that he will get bail are very slim. In any case, any bail will only be given after voting day. Of course, in the unlikely event that he is acquitted, or even if convicted, given bail, and he is free to campaign, he will be unbeatable in the elections.

Conversely, if he is jailed, he will hope that it generates sympathy and sweeps elections. While he won’t be able to campaign, he thinks his imprisonment will be a campaign in itself. He is betting on his imprisonment galvanising his voters. They aren’t exactly known to have an appetite for street agitation, but are quite adept at using their vote to make a political statement. If Sharif's brother Shahbaz fails, then it will prove that Sharif was the real McCoy (Reuters)

There is of course the risk that Sharif’s imprisonment will mean curtains for the party because the gamble that his incarceration will bring out voters in droves may fail.

On the other hand, even the prospect of the gamble working puts Sharif in a quandary.

With Sharif and Maryam in jail, if PML-N wins, Shahbaz will emerge as a leader in his own right who doesn’t need the former PM’s crutches.

The last thing Sharif needs is another Aurangzeb who closes the doors for him and Maryam for all times.

Of course, if Shahbaz fails, then it will prove that Sharif was the real McCoy.

Break it all down and the Hobson’s choice before Sharif is that if Shahbaz doesn’t win, he stays in jail for the foreseeable future; and if Shahbaz wins, he could end up being politically irrelevant.

In some ways, the best-case scenario for an incarcerated Sharif would be PML-N losing the National Assembly but retaining Punjab.

This will give him a toehold which can then be used to plot a political comeback for both the father and daughter a few years down the line when Imran Khan falls out of favour with the deep state.

#Imran Khan, #Maryam Nawaz Sharif, #Nawaz Sharif, #Pakistan general elections
The views and opinions expressed in this article are those of the authors and do not necessarily reflect the official policy or position of DailyO.in or the India Today Group. The writers are solely responsible for any claims arising out of the contents of this article.