Where are the authentic ground reports from Balakot's JeM camp? Why does the media have no real access?

Pakistan took international media to the site. But remember, no one could actually visit the camp, or the madrassa, which was allegedly struck by the IAF. How much credence to reports of no damage then hold?

Some 20 kilometers outside of Balakot, a town in Pakistan's Khyber-Pakhtunkhwa province, lies a village called Jaba.

Jaba is set on a hillside — and the hilltop there is currently under a raging controversy that involves some of the most respected international media publications.

Jaba Top, as the hilltop is referred to, is where India says the Jaish-e-Mohammed (JeM) established a terrorist training centre. Locals interviewed by international media admit that a Jaish-linked structure does exist there — but say it is a madrassa, an educational institution.

On February 26, Indian Air Force fighter jets entered Pakistani airspace and dropped bombs over Jaba. The airstrike, India has said, hit buildings inside the Jaish-e-Mohammed complex. The Indian Air Force has confirmed "hitting targets", but there is no official estimation of casualties — if any — yet. Show us ground reports: Why, so long after the airstrike, are we forced to depend on satellite images? (Photo: Planet Labs Inc via Reuters)

Pakistan's response to the airstrike was straight-up denial: Pakistani military spokesperson Asif Ghafoor, who appeared on television almost every day in the days after the airstrike, said Indian Air Force jets had entered Pakistani airspace and dropped payloads. But, Ghafoor said, the payloads hit nothing — except trees.

Ghafoor offered to take international media to the site of the airstrike to prove his claims. A day later, he did just that.

BBC, Reuters and Al Jazeera all sent reporters to Jaba. The reporters returned with eerily similar accounts: There was not much damage, a few trees were uprooted and a villager had received head injuries. 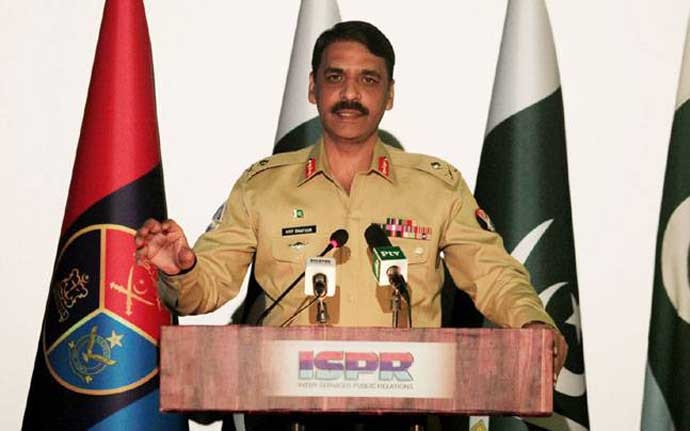 Ghafoor offered to take international media to the site of the airstrike to prove his claims — but there was a catch. (Photo: Reuters)

And what about the terror camp on Jaba Top? Well, the reporters, quoting locals, reported that the "madrassa" there was intact.

Mysteriously, the reporters did not manage to actually visit the madrassa to verify this.

Doha-based Al Jazeera simply said it was "unable to visit the site of the school". British Reuters had more information: "...soldiers prevented reporters from going into the compound".

The BBC reporter, on the other hand, noted that the army had "restricted movement" of people in the area, but did not explain why she was unable to visit the madrassa.

That madrassa, by the way, was quite close to where the reporters were. Reuters even managed to visit the "back" of the Jaish compound and take a photo. "It [the structure from the back] appeared intact, like the trees surrounding it, with no sign of any damage of the kind seen near the bomb craters," Reuters said.

But photos or other visuals of the "intact" building inside the actual compound? Nada. 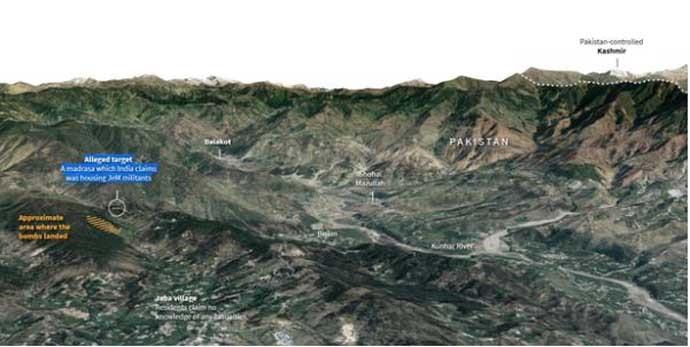 I am not blaming the reporters. They come from respected publications with a long history of reliable journalism. But I do want to caution against drawing the inference that Indian fighter jets "missed" their target.

Remember this inference is based on the testimonies of a few locals and reporters who didn't actually visit the mysterious hilltop complex.

If Major General Asif Ghafoor is so confident of his 'no-damage' theory, then why is his army (which FYI had reached the scene of the air-strike long before the journalists) not allowing reporters to visit the Jaish complex and see for themselves that everything is A-OK?

Why, over a week after the airstrike, are we forced to depend on satellite images to understand what happened at Jaba Top on the morning of February 26? (Those satellite images, by the way, have just added fuel to fire, with two experts drawing diametrically opposite conclusions from two similar satellite images.)

All questions and debates can be resolved by a simple visit to Jaba Top — the proof of the pudding is in the eating, after all.

But the Pakistan army does not seem to want this.

Why? Only they can answer.

Also Read: Samundari Jihad: Navy chief warns of sea-route attacks. Why we must heed this urgently

#Pakistan, #Jaish-e-mohammed, #Balakot, #Iaf airstrike
The views and opinions expressed in this article are those of the authors and do not necessarily reflect the official policy or position of DailyO.in or the India Today Group. The writers are solely responsible for any claims arising out of the contents of this article.

News junkie. Not related to Arnab. Work at IndiaToday.in. From Mumbai.