With Islamabad and Beijing increasingly adding to their tally of fighter jets, India's border defence is weaker than ever.

As India celebrates 20 years of Kargil victory it is also time to take stock of the current status of the Indian Air Force (IAF).

IAF's contribution to Kargil was significant, but with that, began a process to convert the IAF from a subcontinental to intercontinental strategic aerospace power, with fourth-generation fighters, aerial refuelers, airborne warning and control systems, inter-theatre air-lifters and unmanned aerial vehicles (UAV), thereby giving it military space surveillance capabilities.

What is staring the IAF in the face today, however, is the depleting fighter squadrons — already down to 30 vis-a-vis the authorised 42. MiG-21 squadrons are waiting to be phased out. (Photo: ANI)

The MiG-21 and MiG-27 squadrons are awaiting phase-out. Delay in Light Combat Aircraft (LCA) Tejas has forced the IAF to postpone retirement of a few older MiG-21 variants. The MiG-21 Bison fleet will continue till 2023 with depleting numbers and lower availability of spares. The IAF has ordered 40 LCAs Mk1 — 16 aircraft in Initial Operational Clearance (IOC) have been delivered, while four more will be delivered by September 2019, with a production go-ahead for LCAs in Final Operational Clearance (FOC) configuration also accorded. This production is planned to increase from current 8 to 12 in 2019-20, and to 16 aircraft per year, thereafter.

IAF has also committed for 83 LCA Mk 1A, which will have improvements such as active electronically scanned array (AESA) radar, electronic warfare (EW) suite, mid-air refuelling probe, and will incorporate weight reduction along with easier maintainability. AESA radar will be an improved version of the EL/M-2052 and is being developed jointly by Elta and Hindustan Aeronautics Ltd (HAL).

The first flight is targeted for early 2021 and first delivery by late 2022.

The LCA Mk2, meeting all the original IAF airstaff requirements, will be an aircraft with significant design changes including canard control surfaces. It is already being called the Medium Weight Fighter (MWF) with a more powerful General Electric F-414 engine. HAL will be assembling the initial two pre-production aircraft with Aeronautical Development Agency (ADA) and has an ambitious plan to fly by the end of 2023, while the series production aircraft are targeted by 2028. In the long term, IAF plans to have nearly 300 LCA. Tejas is Indian Air Force's light combat aircraft and in the future IAF wants to increase its strength to 300. (Photo: ANI)

Upgrades are moving slowly, but all these fleets should upgrade by 2021. The 272 Su-30 MK1 air-superiority fighters are on order and 250 have been delivered till date. These will be upgraded to have the BrahMos cruise missiles and nuclear-capable Nirbhay missiles, with AESA radar, more powerful on-board computers and a new EW suite. 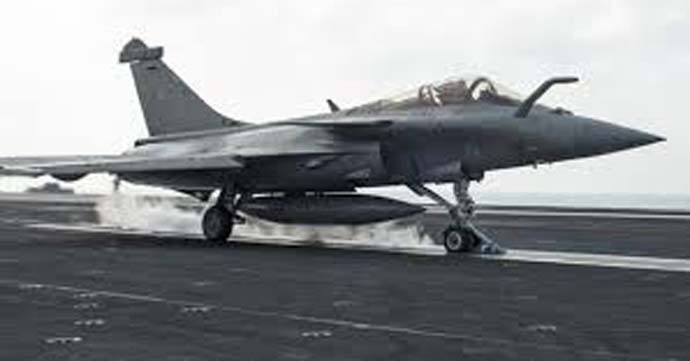 Initial few of the 36 Rafale that were contracted in 2016, will be handed over in France in September 2019 and the squadron will physically form in India by 2020. All will be in by 2022. Responses for IAF's Request for Information (RFI) for 114 fourth-generation fighters were received in July 2018. In contention are Lockheed's F-21, Boeing's F/A-18, Dassault Aviation's Rafale, the Eurofighter Typhoon, Russian aircraft Mig 35 and Saab's Gripen.

The Request for Proposal (RFP) is likely to be issued by late 2019. Even if the process is hastened, the earliest these aircraft can induct is 2025. Meanwhile, Defence Research and Development Organisation (DRDO) and HAL are working on the Advanced Medium Combat Aircraft (AMCA), which is meant to be a fifth-generation aircraft with stealth and supercruise, among others. The aircraft, however, is still at the initial design stages. AMCA requires the development of many technologies and they have to converge on the timeline. The first flight may take place around 2030 and aircraft induct around 2035, or later. The IAF's budget will go into the purchase of Apache and Chinook helicopters. (Photo: ANI)

Not counting the pensions, the effective 2019-20 defence budget at Rs 3,01,866 crore ($42.7 billion) is 1.44% of the GDP. The capital budget for new acquisitions is Rs 1,03,380 crore. IAF's capital outlay for new acquisitions is Rs 39,347 crore out of its total budget of Rs 68,949 crore. The bulk of this will be used for committed liabilities of earlier purchases — such as Apache and Chinook helicopters, Rafale, LCA and S-400. IAF will need 'out of budget' funds for some acquisitions.

Pakistan Air Force (PAF) has 22 combat squadrons and are targeted to grow in numbers. PAF is talking to Russian for Su-35 air-superiority fighters and China for J-31 stealth fighters. 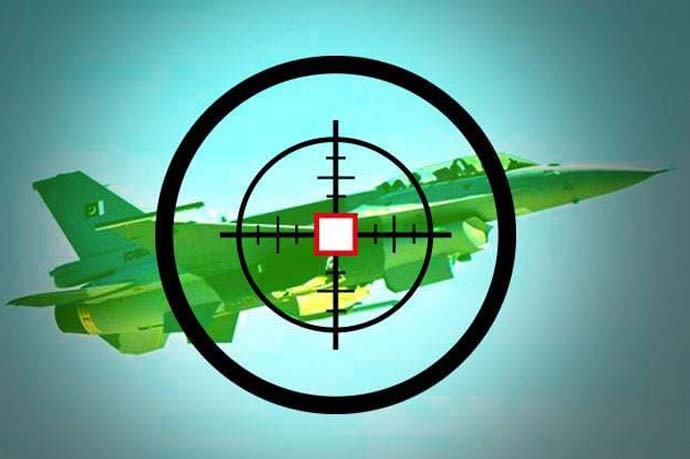 Pakistan and China have been adding to their tally of fighter jets, a point of concern for India. (Photo: Business Today)

Typically, two squadrons cost around US$ 9 billion. By 2035, IAF will need to make good the deficient 12 squadrons and buy additional nine for new phase-outs, thus acquisition of 21 squadrons. That would cost close to US$ 100 billion (Rs 7,00,000 crore).

Where is that money?

Is IAF's target to make good the 42 fighter squadrons by 2035 a pipe dream?

To achieve all this, the defence budget has to be at least 2.5% of GDP for the next two decades. Realistically, IAF’s capital budget should have been over Rs 50,000 crore this year.

#Rafale, #Squadrons, #IAF fighter jets, #Indian Air Force
The views and opinions expressed in this article are those of the authors and do not necessarily reflect the official policy or position of DailyO.in or the India Today Group. The writers are solely responsible for any claims arising out of the contents of this article.