When the iftar was just another political party

Growing up, I remember how every year during Ramzan, we would be greeted by the sight of many of our political leaders sporting skull caps, on the front page of national newspapers. The who’s-who attending political iftars were the talk of the town. These political "stunts" were often looked down on through the years for their annual tokenism at flaunting the skull cap and "inclusive" photo-ops – while the Muslim community was left out of larger meaningful development agendas. 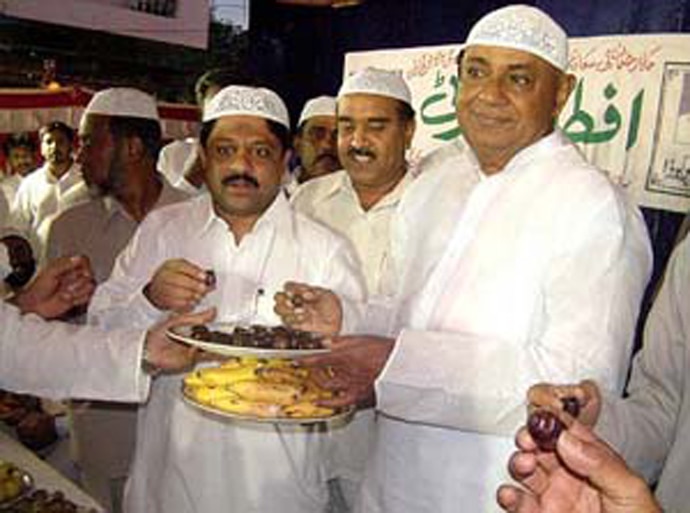 Yet, at the same time, these occasions and photos were comforting.

They presented us with an illusion of acceptance and acceptability within the echelons of power. And that made us comfortable – and, if I may say so now – too comfortable and complacent.

The annual political iftar pictures were almost a smokescreen for us while growing up. We couldn’t see how the tokenism deprived us of the actual inter-community outreach that is needed at ground-level. Yes, breaking bread together brings people close. But were the masses actually doing that? As ghettos became the reality of India, the political iftars gave us the perception that we are living "the idea of India". "Look! We are eating together, in perfect harmony,’ the occasion said to us. 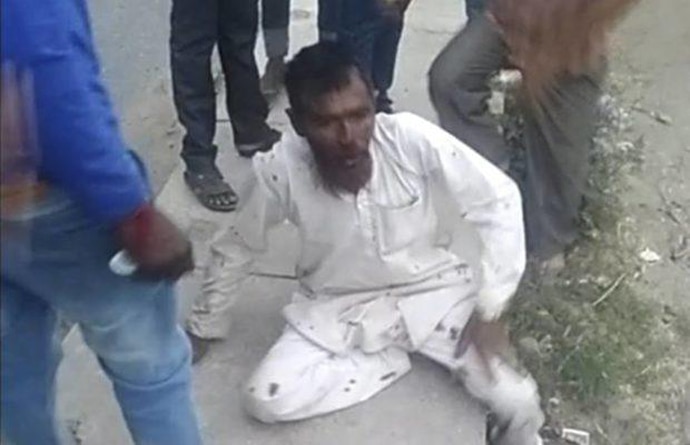 A hate that is handed down by powerful political leaders, often normalising such words, such acts in public discourse. A hate that we see today, being channelised by kids as young as five years old, when they say, "Are you a Muslim? I hate Muslims!"

Yet, this hate has not been an overnight product – all acts of appeasement and tokenism for the Muslim community, by almost every political leader, allowed this hate to seep into all our homes, right under our nose. The political iftar was one representative of exactly this act.

Let’s get this clear today – political "iftar parties" were never ever about inclusion, but only the pretense of this.

The fact that the Congress could wash its hands of their extravagant annual iftar just as soon as the political landscape changed seems a hurried admission of the frivolity of the act. At least the Congress could have continued to do this in memory of what was once a very personal gathering, organised by Jawaharlal Nehru for his Muslim friends. It was only post-the 1970s when we saw the rise of a "political iftar" which featured on Delhi’s social calendar every year, including throughout the Vajpayee years. 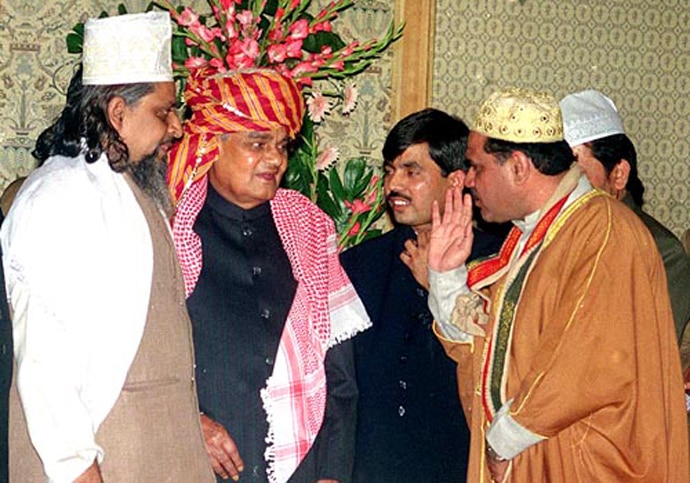 But it is post-2014 that we saw the true demise of the political iftar, and read an obituary to it, with the conspicuous absence of all cabinet ministers and leaders of the party in power at the Rashtrapati Bhawan’s iftar party in 2017. Coincidentally, this is also the period which has seen the lowest membership of elected Muslims in the Indian Parliament. 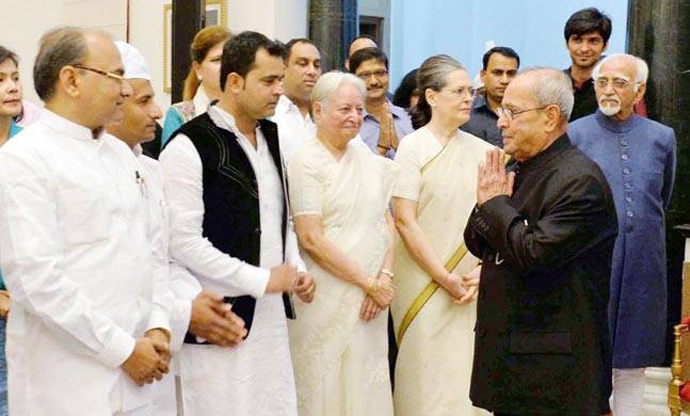 The 2017 iftar party at Rashtrapati Bhavan was a low-key affair.

The message today is loud and clear – if you aren't from a decisive vote-bank, you aren't eligible for even a farcical display of "inclusiveness".

Now that, in today’s India, any and all pretense of inclusiveness has been shunned, we are left with the stark reality facing us. "Secularism" has been toppled from its place of privilege to the extent that political parties run away from associating themselves with the word which has taken on a horror like the proverbial plague. Religious faultlines suddenly seem to be deeper than ever before. And the common man has been left to grapple with all this.

But it is in tough times that everyday heroes are born.

Now that the political iftar is dead, we see a resurgence and ownership of non-political iftars; ironically, these seem to want to reclaim the "idea of India". More and more ordinary, regular people are coming together to look beyond iftar partisanship. There has been an assertion of the middle class to help build strength and resilience as a nation.

For example, Yashpal Saxena, father of the tragically murdered Ankit Saxena, will be hosting an iftar this coming weekend – this news underlines the father’s constant effort to keep religious politics away from the horrifying death of his son, who was killed simply for being in love with a Muslim girl. 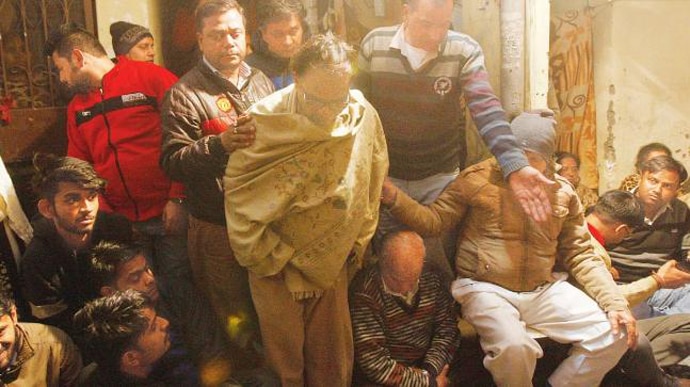 Ankit Saxena's family mourns his killing on February 2, 2018. But his parents want to honour his memory with love, not hate.

There have been a number of iftars organized at gurudwaras, churches and temples across the country. There have been community iftars in front of hospitals and refugee camps and also, at Tihar Jail as inmates from different faiths observe the fast together this year.

A message that went viral in Bhopal during Ramzan last year said, "Is Ramzan, har din saath-saath roza iftar mein aapka istakbal hai." This was a youth-led initiative in the heart of the walled city in Bhopal, which brought together 1500 people everyday in the month of Ramzan, hailing from all walks of life, meeting to eat together – an emphasis on saath-saath. Or indeed, sabka saath.

And it isn't even just these bigger community-driven spreads. I find a silent revolution taking shape in homes. Last year, many Muslim women accompanied me in reaching out to people who had never been to an iftar before. This initiative followed from a CSDS study that found only 33 per cent of Hindus considered a Muslim among their close friends.

So, we invited many strangers over to our homes and cooked for them, in order that they too could partake in our customs and understand our rituals.

This idea caught virtual fire and such gatherings, led by women, took place across the country, with many taking to social media to share their experiences via the hashtag #InterFaithIftar. I have found a lot of people now reaching out to those in their immediate neighbourhoods and inviting them over for simple, shared iftar meals.

It really doesn't mean a lavish, five-star rated "party" – iftar by nature is meant to be frugal and introspective. Fasting from sunrise to sunset in the month of Ramzan is not only about abstaining from food, but also about introspection on every part of our lives. Keeping it simple – the iftar is meant to be a moment of spirituality.

Ramzan and iftar will come and go – but their achievement lies in helping you and your fellow human beings to introspect on how we are being led astray from loving and belonging together, by forces of politics and by the games of power.

Th truth is, nothing would probably please God more than closing this gap of hatred and mistrust between fellow humans.

I remember the first inter-faith iftar we organized. Towards the end, we were all exhausted and sat down, our feet up, over a cup of hot chai. All the guests had left. There was a numbing, yet exhilarating silence in the room. We looked at each other and said, "Thank you, Modi ji!"

For, if we had not been robbed of our space in the mainstream, we would never have been compelled to lay claim to it. There is an urgent need to own our narratives and not let politicians paint us in colours best suited to them.