Guess who's coming to (iftar) dinner?

Break bread – and narrow boundaries too. Invite those fasting for Ramzan to relieve their hunger, thirst at an iftar hosted by you.

In Kannada, we often greet each other by enquiring, Ootha aagitha?, or “Have you eaten?”. Implicit in the greeting is an offer of a meal – and friendship. Nothing so instantly unites two people as much as a shared meal.

In an India that is getting increasingly divided on religious lines, it is vital that we reach out, go over our narrow domestic walls, to meet the “other” whom we have barely tolerated – and rarely known.

The month of Ramzan is an opportunity for both sides to reach out and get to know one another better.

Last year, some of us who had met on social media took up an initiative to organise some interfaith iftars at a few Muslim houses. The effort was well received and many a person, who had never even been inside a Muslim home, found themselves happily chatting away with new-found enthusiasm in these gatherings. 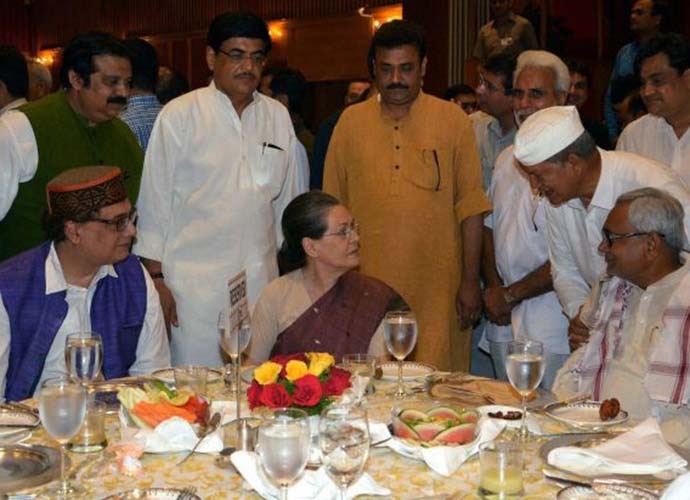 Why leave it only to the netas? This is our secularism too

The idea of shared iftars came from the American tradition – of having a stranger at the table – at a Thanksgiving meal. We hoped to encourage people of different faiths and diverse diets to just break bread together and make a few, new friendships.

That endeavor will continue this year too and it may also be broadened to include interfaith iftars at hospitals and other such places, where a meal and a smile might be reassuring to those experiencing tough times. The great American tradition includes dining with a stranger

It is not very difficult. In India, a Muslim host may need to offer sufficient vegetarian food. A non-Muslim host may, if meat is being served, need to provide halal food. S/he may also have to ensure a suitable place for ablutions and prayers. When parched throats are slaked and fervent prayers offered, in the presence of those who have hitherto had no experience of this kind, some understanding may yet replace a fear that is born of ignorance.

In fact, Hindus have a tradition of earning merit or punya by the ritual feeding of guests. Muslims, too, have a tradition of sharing the almighty’s blessings (sawab) with those they congregate with. For Christians, sharing bread is almost sacramental. The Sikh langar, where simple hot food is cooked and served by volunteers of the Guru, as an act of worship, is one of the most democratic of spaces in this world.

The Sikh host their Muslim brothers for an iftar in Peshawar. Lovely gesture of inter-faith harmony. #Ramadan pic.twitter.com/ikxquVjkkm

Any place where food and prayer are offered together will be blessed by nature itself.

Given India’s great religious tradition of food featuring in diverse forms of worship, it would be a crying shame if we keep eating alone, or only with those entirely like us. To expand our minds, hearts and stomachs, to embrace and to welcome a stranger, whom we have not met as yet, as a friend to have a meal with, is a rare benediction.

The blessings of a shared meal are doubled when two strangers find that they are not so unlike after all.

There is no piety greater than an elimination of ignorant hatred – and no better act of faith than to share your food.

Through these and multiple other ways, may peace be with us in this, in our shared country.

#Interfaith, #Food, #Iftar, #Ramzan
The views and opinions expressed in this article are those of the authors and do not necessarily reflect the official policy or position of DailyO.in or the India Today Group. The writers are solely responsible for any claims arising out of the contents of this article.

The author is a Supreme Court advocate.