A senior official of the Chinese Embassy in Pakistan also praised how smoothly the country's general election was conducted.

China on July 26 lent its backing to the election leads in Pakistan, saying the electoral process was “smooth” and it was “ready to work with the new government”.

"Whoever becomes the leader of the country, China will have to deal with him or her very seriously,” said Gao Zhikai, of the Centre for China and Globalisation in Beijing, in an interview. "For Mr Khan — and all indications are he will become Prime Minister — he will be treated as a best friend. He will come to China and we hope he will continue the tradition of China-Pakistan friendship for many years to come,” added Gao, who served as an interpreter to former leader Deng Xiaoping.

China backed the results of the election, and officials praised the under-fire Election Commission of Pakistan (ECP) that had come under fire from several parties for delayed results and allegations of irregularities.

"We are glad to see the election in Pakistan went through smoothly. We sincerely hope Pakistan can maintain political social stability and focus on development,” Foreign Ministry spokesperson Geng Shuang said. 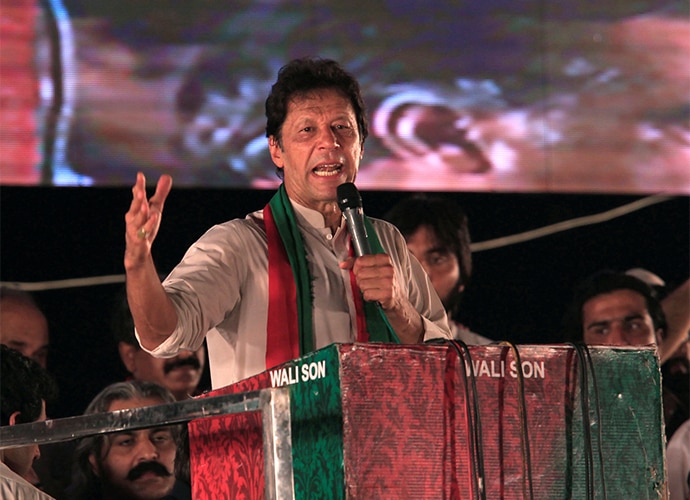 In even stronger terms, a senior official of the Chinese Embassy in Pakistan praised the conduct of the elections. "My pleasure witnessing this historic moment in election 2018 in Pakistan,” wrote Zhao Ljian, who is deputy chief of mission at the Chinese Embassy in Islamabad, on Twitter. "Caretaker government and Election Commission of Pakistan deserve a salute for conducting a successful election today,” he said. "Whatever the results are and whoever wins the election, Pakistan won."

The Chinese Foreign Ministry said it was ready to work with the next government. "Friendship between China and Pakistan is supported by the two people and two countries. Regardless of the result of elections, it will not affect the development of bilateral ties,” Geng, the spokesperson said. "China stands ready to work with the new government in Pakistan to move forward all-weather strategic partnership."

China had strongly backed Nawaz Sharif through its $62 billion China Pakistan Economic Corridor plan, under which many projects went to Punjab - which Imran Khan and other political figures criticised.

When China launched the “flagship” of its massive Belt and Road, it was banking on CPEC transforming Pakistan and boosting the Nawaz Sharif government. In fact, an internal Chinese assessment by Beijing’s Renmin University after researchers toured Pakistan concluded before Sharif’s dismissal that a government under him would best ensure the project's progress, expressing concern about his weakening domestic position after the Panama Papers revelations. "If there are no exceptions, the chances for PML-N (Sharif's party) to reassume power are high, and the continuation of the government can guarantee the continuation and support of the government to CPEC,” the 2016 report said.

At the same time, China’s expectation is that the new government will continue to back CPEC, even if some projects may face changes. "Hopefully the new government will continue to support CPEC,” said Gao. “Any of these projects are capital-intensive and may take many years for completion. But we need to focus on the upside and on the benefits these projects bring to Pakistan, not only improving productivity through connectivity projects, but in Pakistan it will play a stabilising role. With more jobs created there will be greater stability."

On relations with India, China and India recently mending ties with three meetings between Prime Minister Modi and President Xi since April, Gao said Beijing would want to see stability in India-Pakistan relations as well. "They can put their differences behind them and stabilise their relations,” he said. "Nothing will make China happier if they become friendlier and use diplomacy more to minimise their differences.”

#Imran Khan, #OBOR, #China-Pakistan, #Pakistan general elections
The views and opinions expressed in this article are those of the authors and do not necessarily reflect the official policy or position of DailyO.in or the India Today Group. The writers are solely responsible for any claims arising out of the contents of this article.