Imran Khan is a prisoner of his own image. This is why he is the best bet for India

As long as Khan is in power, Pakistan will remain on tenterhooks. India won't have to take any decision.

A few years ago, in a private conversation, a very senior former Pakistan army official confessed he was in a quandary as to who would be best to lead Pakistan as Prime Minister — Imran Khan or the same old faces, Nawaz Sharif and Asif Ali Zardari.

When I told him that as an Indian, I wished Khan to become the next PM, he immediately understood where I was coming from. 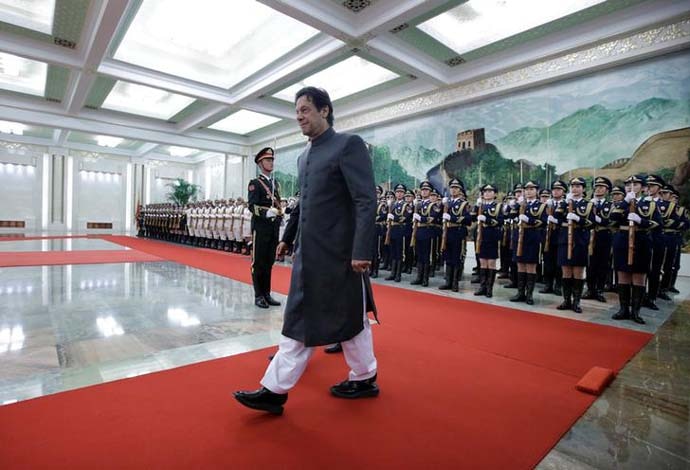 He is a prisoner of his image; a victim of his own vituperation; a hostage to his tall promises. (Photo: Reuters)

What might have appeared at that time to be a somewhat facetious remark was received with dead seriousness by my guest, who was quite sceptical about Khan’s ability to provide a half-decent government. Now that Khan has become PM of Pakistan, I am even more convinced that it is the best thing to happen for India, albeit in a rather perverse way.

This sounds good, but only in theory.

Because regardless of who you deal with in Pakistan, all you end up with is snake oil.

This is something that the Americans have realised after nearly two decades of their War on Terror.

The Pakistani generals always promised their American counterparts the world, then stabbed them in the back repeatedly.

The US was always talking to the generals, not through proxy PMs, but directly.

Yet, they got nothing.

Unlike India, the US had leverage over Pakistan. It wielded far more political, economic, diplomatic and military clout than India.

Despite this, the US failed to get what it wanted from and what was assured to it by Pakistan.

And we in India think that just because we talk to a stooge of the Army, or the Army itself, we will get a breakthrough, even though the Pakistanis harbour deep hatred for India in general and Hindus in particular.

In recent weeks, there has been some forward movement between the US and Pakistan on Afghanistan. Not that Pakistan has turned a new leaf, but the US has decided to throw in the towel. In India’s case, there is absolutely no change in the situation on the ground. Nor has there been any change in our broader equation with Pakistan. 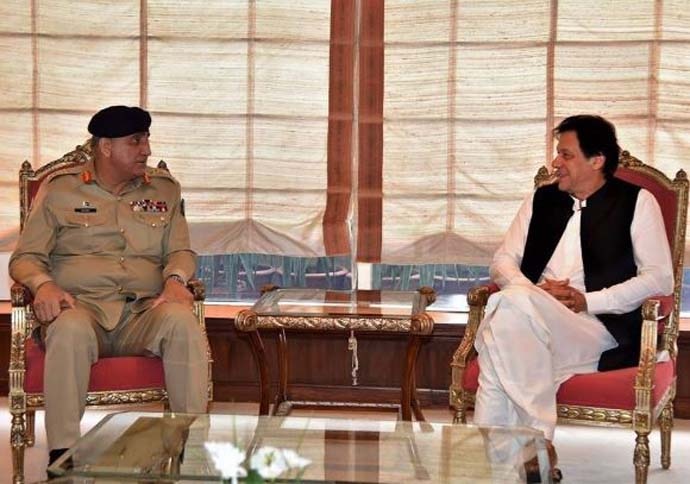 Imran Khan is a puppet whom the puppeteer can neither keep in play for long, nor take out of play. (Photo: Twitter)

Of course, Pakistan has recently sought a political dialogue with India.

India’s assessment that shows Pakistan is in an extremely weak position is quite correct. Normally, when the weak side seeks a dialogue, it suits the strong side. But the great Indo-Pak paradox is that the weak side offers talks, but is not ready, willing, or looking to compromise. Meanwhile, the strong side does not find any use for talks because it finds no need to compromise.

This means that the weak side offers dialogue to string along the stronger side and carve some space for itself. More importantly, there is far greater realism with which the government of India looks at Pakistan — borne out in the MEA spokesman’s recent remarks where he pointed to Pakistan’s continued duplicity on terrorism.

Therefore, until there is a visible change on the ground, no purpose will be served in talking to anyone in Pakistan.

To change the objective reality on the ground, either we need to do something, or something will have to take place.

Since India is not ready to bring all elements of national power to change the objective reality, it will have to depend on Pakistan.

This is where Khan becomes our best bet.

The past six months have revealed that Khan is a vacuous character, a one-trick pony (constantly accusing his rivals of corruption) with no administrative acumen, possessing a pedestrian and populist, if also impractical, political vision and with no real program to fix Pakistan.

He is a prisoner of his image; a victim of his own vituperation and vindictiveness; a hostage to his tall promises.

He is a puppet whom the puppeteer can neither keep in play for long, nor take out of play.

The first means allowing things to drift out of control, the second means taking over control with all the consequences that follow.

As long as Khan is in power, Pakistan will remain on tenterhooks. Instead of jumping the gun, India must show strategic patience. When no solution is imminent or even possible, it is best to bide your time and build your strength and wait until you get what you want without conceding anything.

Also Read: Naya Pakistan in the new year? No, we will have the same broke, belligerent neighbour

Post your comment
#External affairs, #Pakistan, #Imran Khan, #Indo-Pak ties
The views and opinions expressed in this article are those of the authors and do not necessarily reflect the official policy or position of DailyO.in or the India Today Group. The writers are solely responsible for any claims arising out of the contents of this article.