The existing structures of India-China ties are not working and give China the latitude to disrupt them when it wants.

It makes sense for the government, despite China’s latest provocation, to remain low key in its public statements so that efforts to find a diplomatic solution are not hindered. Our firmness of resolve to defend our sovereignty and security has been quietly expressed, without rousing public opinion against China’s unacceptable conduct. Even if the current border stand-off is resolved, our policy towards China needs a full review. China cannot retain the initiative to activate border tensions at will. Escalation concerns apart, in our democratic polity the government comes under opposition pressure, media coverage is distracting and information warfare is conducted to lower morale in India.

Our commentators, all too eager to analyse things, second-guess China’s motives in ways that give it comfort. Home Minister Shah’s statement in parliament on Aksai Chin was perfectly in order. 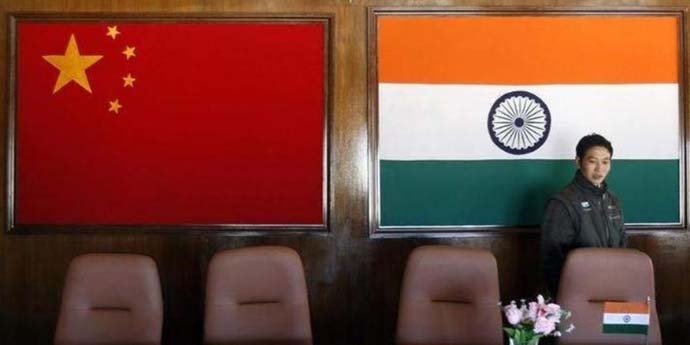 Even if the current border stand-off is resolved, our policy towards China needs a full review. (Photo: Reuters)

If China can repeatedly claim Arunachal Pradesh as part of China and protest if our leaders visit a constituent state of India, why cannot we make a statement on Aksai Chin as belonging to India, and that in a specific context? Our border dispute with China includes the western sector, which China recognises. If at one time it offered to give up its claim on Arunachal Pradesh if we accepted Aksai Chin as Chinese, the disputed nature of Aksai Chin was accepted. The principle of a package deal covering the entire India-Tibet border as agreed to in 2005, means that the western sector is included.

If Aksai Chin, and the areas beyond China’s own claim line of 1959, are not negotiable according to China, so is the case of Arunachal Pradesh, including Tawang, for India. The utility of the Special Representatives mechanism, which, despite 22 meetings is stalemated, is becoming increasingly questionable. The border management mechanisms set-up in 1993, 1996, 2005 and 2013 are clearly not working also to prevent stand-offs.

Another red herring is that, in Chinese eyes, India’s improved infrastructure In Ladakh threatens Aksai Chin and the China-Pakistan Economic Corridor (CPEC). India cannot recover Aksai China without an all-out military conflict with China, which India has no intention to trigger. India’s defensive positions in the area are intended to protect Siachen and prevent a China-Pakistan link-up at the Karakoram Pass. In any case, in 1962, beyond its own 1959 claim line, China occupied enough of Indian territory to better protect Aksai Chin from any real threat. Aksai Chin is an issue to be resolved politically, not militarily, between India and China.

As regards, the CPEC, we have from the beginning protested against the project as violating India’s territorial sovereignty. We have opposed China’s Belt and Road Initiative BRI) and have not attended the BRI forums in China. China itself has not recognised Pakistan’s legal ownership of PoK-GB in their 1963 agreement by which China illegally acquired the Shaksgam valley. Our position is well known to China and therefore to cite this as a possible reason for China provoking the current confrontation in Ladakh lacks any basis.

To argue that China’s provocation is to dissuade us from becoming too close to the US is another self-harming argument. China’s ties with the US are far more expansive than US-India ties. If US-China ties are going downhill because of China’s declared ambitions to equal and even surpass the US and effectively constitute a G2, and in achieving that goal create parallel financial institutions under its control, launch the BRI project unmatched in its scope and scale to tie up the economies of a vast array of countries to China, steal technologies from the West and so on, what has India go to do with it? At one time, under Presidents Clinton and Obama, US and China declared their intention to jointly promote peace and stability in South Asia when China is, and remains, the most disruptive factor in our region.

Our ties with the US have been steadily increasing even before US-China ties began to founder under President Trump because of the opportunity America sees in a growing India and India’s recognition that it could gain a lot, as China has done, from access to American technology and investments for the growth and modernisation of its economy.

The China factor is not the driving force behind India-US closer ties, even if the Indo-Pacific concept and the Quad project serve to balance the increased assertiveness and expansionism of China. If China wants India to keep its distance strategically from the US, then its border bullying and intrusions into our neighbourhood on land and sea require that India hedge its bets. China cannot dictate to India the level of its ties with the US and threatening chastisement on the border if India disregards China’s wishes is errant arrogance. Should India object to deepening China-Russia strategic ties that have disturbed the equilibrium in the trilateral Russia-India-China configuration? It has become important to review the totality of the structures of India-China ties as the existing ones are not working and give China the latitude to disrupt them when it wants.