Why India and China must display maturity in diplomatic relations

With 2020 marking the 70th anniversary of India-China friendly ties, peace should be the bottom line.

Many perceive that the “Wuhan Summit Spirit” superseded the hostilities that had emerged between India and China after the Doklam standoff (Doka La) in 2017. But to argue so would be naïve. Chinese transgressions across the Line of Actual Control (LAC) in 2019 and recently, across Sikkim and Eastern Ladakh have increased. With 22 rounds of talks between Special Representatives of India and China on the boundary question, the border remains unresolved keeping India and China at conflicting positions. Although over the years a few border management mechanism and confidence-building measures (CBMs) helped reduce tensions, the resolution of the border dispute remains elusive.

Typically, tension along the LAC is witnessed across three distinct sectors: Western (Eastern Ladakh), Middle (Himachal Pradesh and Uttarakhand) and Eastern (Sikkim and Arunachal Pradesh). This is mainly caused by two major factors: first, differing perception of the non-demarcated border; and second, due to construction activities undertaken by either side close to or across the border. Most of the transgressions have resulted in ‘short duration standoffs’, which were resolved by accepted protocols recognised by both militaries. What is striking to note is that even the Covid-19 pandemic has failed to reduce these tensions. In comparison to 2018, Chinese transgressions across the LAC have increased manifold, with a maximum increase in the Western and Eastern Sectors, in that order. 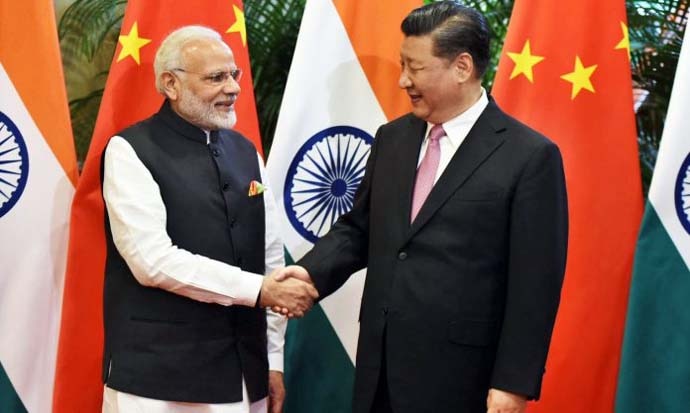 Although over the years a few border management mechanism and confidence-building measures (CBMs) helped reduce tensions, the resolution of the border dispute remains elusive. (Photo: Reuters)

These activities undeniably show a worrisome trend of China’s ‘increased assertiveness’ on matters of dispute on three counts. First, there has been a spike in transgressions that have also resulted in physical scuffles, as recently witnessed at Pangong Tso, Galwan Valley, and at Naku La in North Sikkim. Second, the LAC has been activated on both the Western and the Eastern Sectors almost simultaneously.

Stand-offs with larger force levels and physical violence at regular intervals are a recent phenomenon, a serious trend, which must be controlled. Third, China has reportedly established tented camps, constructed field fortifications, and moved in heavy vehicles in Eastern Ladakh. In addition, China has accused India of triggering the tension by its road construction and trespassing activities in the Galwan Nala area. To note, India’s activities of constructing an all-weather road from Darbuk-ShyokDaulat Beg Oldie, predominantly along Shyok River that passes through Galwan River Valley on its own side of the LAC, are well within its rights.

It is important to note that building roads and infrastructure by both sides is not a new phenomenon.

China has improved its infrastructure in terms of roads, railways, air bases, communication facilities, oxygen stations, storage facilities across the entire Tibetan Plateau to support military operations. In addition, China is constantly engaged in upgrading its Tibetan Military Command (TMC) that comes under the Western Theatre Command (WTC) with focus on India. TMC is both active and robust for high altitudes, given the strength of the People’s Armed Police Force (PAPF), Border Defence Regiments, and regular formations. Therefore, India must, irrespective of the stand-offs, continue to improve its capacity and capabilities, on the LAC to maintain a balanced posture. Simultaneously, it must utilise its soft power to project its views to domestic and global audience.

However, the timing of China’s recent transgressions is hard to ignore. Are the recent transgressions at the LAC a form of diversionary tactic resulting from China’s economic slowdown, compounded with the growing global resentment towards Beijing? Otherwise, what can be the aim of China to increase its activities simultaneously on two widely separated sectors, where no round has been fired since October 1975. This calls for a pertinent query: Is there a strategic design behind such increased tensions, transgressions and standoffs that finally transformed into physical acts of violence? Could building infrastructure or road on own side of the LAC be a reason to lead to a standoff and physical violence?

Some corollary can be drawn from Michael Beckley’s assessment that posited: ‘…. China’s economic conditions have declined steadily since 2008 Financial Crisis[…] When rising powers have suffered such slowdowns in the past, they become more repressive at home and more aggressive abroad.’ With this assumption, China in the post-Covid scenario is likely to become more aggressive, especially in areas of disputed territories to divert the attention of its people...” This makes it a crucial concern for India to remain prepared, given its border with China remains contested. India must progressively build capabilities of soft and hard military power, to deter threats to its stability and integrity.

With 2020 marking the 70th anniversary of India-China friendly ties, peace should be the bottom line. As the past standoffs in Sumdorong Chu (1986-87), Depsang (2013), Chumar (2014) and Doklam (2017), both sides displayed maturity and remained committed to maintaining peace over the past few decades. On balance, 2020 too demands a similar maturity from both sides to resolve their differences, prevent any form of escalation and tensions on the LAC; and thus, maintain peace and stability in the region.

Also read: Why India and China's new-found bonhomie could be historic

#Chinese economic crisis, #Line of actual control, #Doklam standoff, #India-chinarelations
The views and opinions expressed in this article are those of the authors and do not necessarily reflect the official policy or position of DailyO.in or the India Today Group. The writers are solely responsible for any claims arising out of the contents of this article.