Why India and China's new-found bonhomie could be historic

At an 'informal summit', Modi and Xi could signal that New Delhi and Beijing can be partners in a fractious world.

The signs were out there. India took extra care to honour Chinese sensitivities on the Dalai Lama, and China endorsed India's demand to include a specific anti-terrorism section in the BRICS' Xiamen summit in September, barely a week after the sudden end to a 72-day border stand-off.

The bluster gave way to quiet diplomacy and the sabre-rattling was replaced by low-key communication. China's English newspaper, The Global Times, a mouthpiece of the government, even invoked an old Chinese proverb to describe the relationship between China and India today: Friends are often made after a fight. After the Doklam stand-off on which India Today did a cover story asking if there would be war, there was a calm interrupted only by a series of high-level visits beginning with Chinese foreign minister Wang Yi's India trip in December. The elevation of Vijay Gokhale, former ambassador to Beijing, to the post of foreign secretary, hastened this breaking of ice, with three significant visits to China in quick succession in April - of national security adviser Ajit Doval, external affairs minister Sushma Swaraj and defence ninister Nirmala Sitharaman. The grand culmination? The visit of Prime Minister Narendra Modi to Wuhan for informal talks with newly empowered Chinese President Xi Jinping, recently made de facto "president for life".

Under Prime Minister Modi, India has pursued a more pragmatic approach to international relations, whether it was not letting protocol get in the way of his visiting former Pakistan prime minister Nawaz Sharif's hometown to attend his granddaughter's wedding in 2015 or inviting Xi to Ahmedabad in 2017. He has not always followed the rules, mixing surprise moves, such as an invitation to Israeli Prime Minister Benjamin Netanyahu, with grand gestures, such as hosting all 10 ASEAN leaders for the Republic Day celebrations this year as chief guests to mark the 25th anniversary of the Asia-Pacific club. 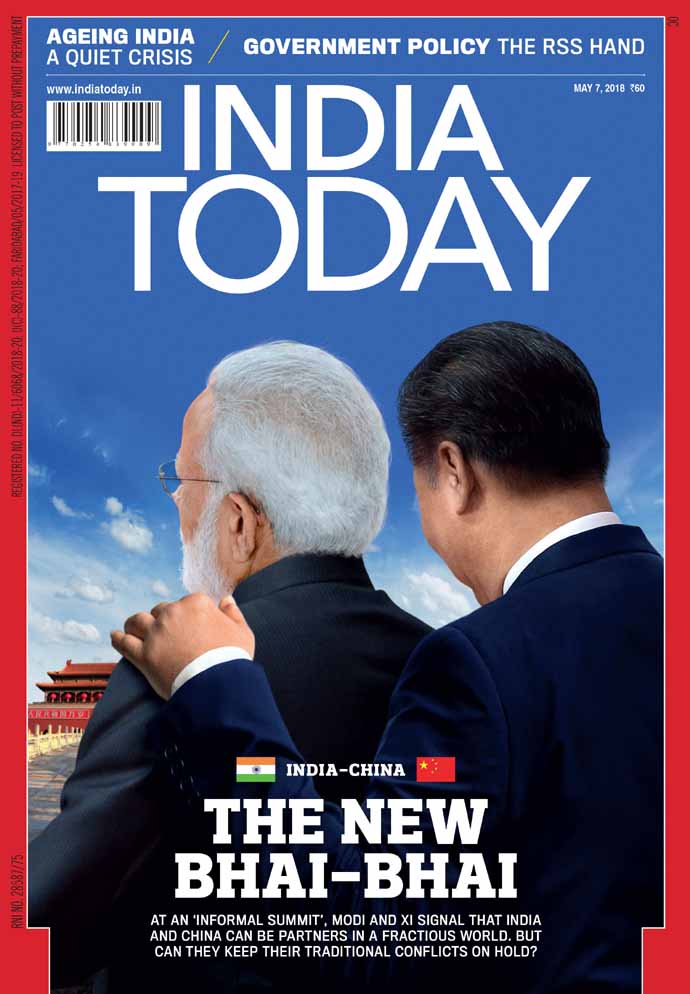 Promoting security in the Indian Ocean, managing the difficult neighbourhood, dealing firmly with Pakistan on terrorism, revitalising the Act East policy, strengthening bonds with the US and Japan, engaging with Europe, building stronger links with the Gulf countries while also fully normalising ties with Israel, preserving the closeness of ties with Russia and both standing up to and engaging with China are the broad aspects of the emerging Modi world view.

The two leaders will meet each other again at the Shanghai Cooperation Organisation summit in early June. Under Xi, China is said to be practising what its state media calls "Xiplomacy" which combines strong nationalism and assertiveness on China's core interests and territorial disputes.

With America retreating from global affairs except occasionally threatening to nuke North Korea and actually bombing Syria, China is poised for a new proactive approach, moving away from non-interference in international disputes and its past practice of not maintaining foreign military bases. Xi calls this the "great rejuvenation of the Chinese nation", which coupled with a better life for people at home, something he describes as the "Chinese dream", is how he plans to bolster the legitimacy of the Communist Party of China. An insightful report from our Beijing correspondent associate editor Ananth Krishnan on the Xi Doctrine explains how China wants to be a status superpower validated not by what it is doing, but with a focus on what it needs - resources and markets.

The thaw comes at a critical time for both countries. The rising tide of protectionism that is threatening the world order has left both alarmed, as has a period of unusual global uncertainty. China, especially, is unnerved by Donald Trump's threats of a trade war. There are other global issues like climate change where both countries are on the same page. This summit of the leaders of the two most populous countries in the world without any formal agenda is unprecedented and could be historic in many ways.

Group editorial director Raj Chengappa, who has covered foreign affairs for decades, co-wrote this issue's cover story, putting this extraordinary summit in perspective amid the see-sawing relationship between the two countries. The thorny bilateral issues are unlikely to be resolved overnight but if they can avoid confrontation in the future and deal jointly with some global issues - that would be great progress.

Also read: What to expect from Modi's meeting with Xi Jinping in China

#Doklam standoff, #India China border dispute, #Narendra Modi, #Xi Jinping
The views and opinions expressed in this article are those of the authors and do not necessarily reflect the official policy or position of DailyO.in or the India Today Group. The writers are solely responsible for any claims arising out of the contents of this article.