Beijing does not appear to be in a hurry to change its stand on trans-border terrorism.

The series of follow-up decisions taken together by India and China after the informal summit between Prime Minister Narendra Modi and President Xi Jinping at Wuhan in July 2018 seem to indicate both are trying to mend their relations frayed in the wake of the 2017 military standoff at Doklam. But much will depend upon how soon their mutual confidence building measures are turned into trust building actions.

Perhaps, the most significant move was the signing of an agreement between the two countries on internal security cooperation to “strengthen and consolidate discussions and cooperation in the areas of counter-terrorism, organised crimes, drug control and other relevant areas”. It could be path-breaking if pursued in earnest. (The caveat is Chinese official statements frequently contain the word “relevant” to suit the country’s ambivalent stand on some of the related issues.) A notable feature was China’s grudging acceptance of minister of state for home Kiren Rijiju presence as part of the Indian delegation. Rijiju, who hails from Arunachal Pradesh (claimed by the Chinese as their territory), drew the wrath of the neighbouring country when he accompanied the Dalai Lama, who was invited to participate in a religious ceremony at Tawang (Arunachal Pradesh) in April 2017.

The apparent acceptance of Rijiju’s presence indicates nothing more than China’s situational management of its “traditional” objections to suit its specific requirement. It would be facile to interpret this as an indication of a possible change in China’s stand on territorial claims in the Northeast.

Equally significant is China not accepting India’s request to support its long pending application to the UN to include Masood Azhar, chief of the Jaish-e-Mohammed (JeM) and mastermind of the 2016 Uri attack, in the global list of terrorists. China’s foreign office has categorically stated that there was no change in its stand to decide on the issue on its “merits”.

China’s on Masood Azhar is a show of solidarity with Pakistani perceptions on the Jihadi terrorist despite China’s own heavy crackdown on Uyghur Muslim population in Xinjiang under the pretext of fighting Uyghur separatists. The Azhar case would probably “merit” favourable action from China, when it seeks a “trade off” from India, ie, when a Uyghur separatist seeks refuge in India. 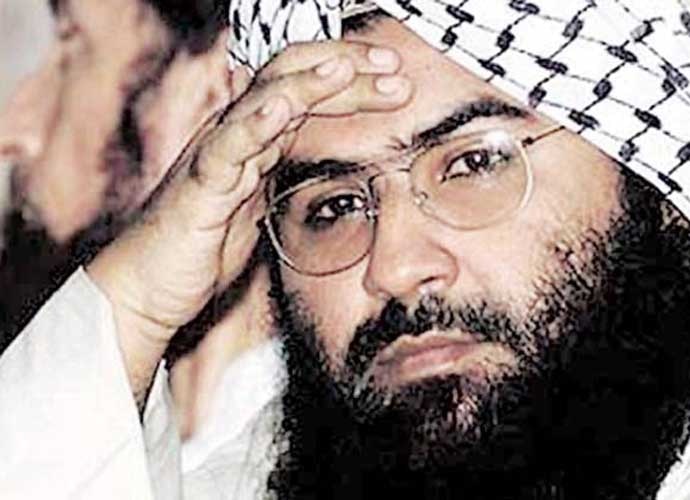 China's stand on Masood Azhar has been a bone a contention in the relationship between the two countries. (Source: India Today)

At the talks, India had also requested China not to give shelter to United Liberation Front of Assam (ULFA) leader Paresh Baruah, who had been on the run. Chinese foreign ministry spokesperson’s terse comment on the request was that there was no change in China’s adherence “to the principle of non-interference in internal affairs of other countries”. By early 1990s, China officially abandoned its policy of supporting insurgent groups in India’s Northeast and Myanmar.

However, Chinese-made weapons continue to find their way to Naga hostiles and Manipuri and ULFA extremists holed up in sanctuaries in parts of Myanmar close to the Indian border. Apart from this, China is increasingly influencing the politics in India’s neighbourhood. In such an environment, China’s much avowed “principle of non-interference in internal affairs of other countries” lacks credibility. So Paresh Baruah is likely to be held as yet another trump card of minor value in China’s suite in its dealings with India.

It would seem that despite the rhetoric on strengthening and consolidation of “cooperation in the areas of counter-terrorism, organised crimes, drug control and other relevant areas” contained in the internal security agreement, China does not appear to be in a hurry to change its stand on trans-border terrorism. So, we can expect this to continue to be an irritant in the relations between the two countries.

Even otherwise, the fundamental asymmetry between India and China in tackling the terrorist threat can come in the way of furthering cooperation. China has introduced draconian counterterrorism laws; these are heavily loaded against Uyghur Muslim separatists denying the entire population freedom to practice their religion and culture. China has brazenly justified curbs against Islamic and Tibetan Buddhist religious practices and the brutal suppression of Uyghur minority’s struggle to preserve their cultural and linguistic identity.

On the other hand, India is a strong functional democracy that guarantees freedom of expression and religion. Government actions to curb insurgency and terrorism are frequently challenged by civil society activists and human rights watch dogs. India’s strong judiciary continues to be the guardian of citizens’ rights and freedom of expression. In this environment, the moot question is can India meaningfully cooperate with or learn from China in countering terrorism except for symbolic military training in counter insurgency?

In this respect, the decision to conduct the seventh edition of Hand in Hand, the annual joint military drill in November 2018 in Chengdu in China is only restoring the joint training exercise which was disrupted in the wake of Doklam standoff. The military drill continues to be more symbolic than substantive in scope and size. 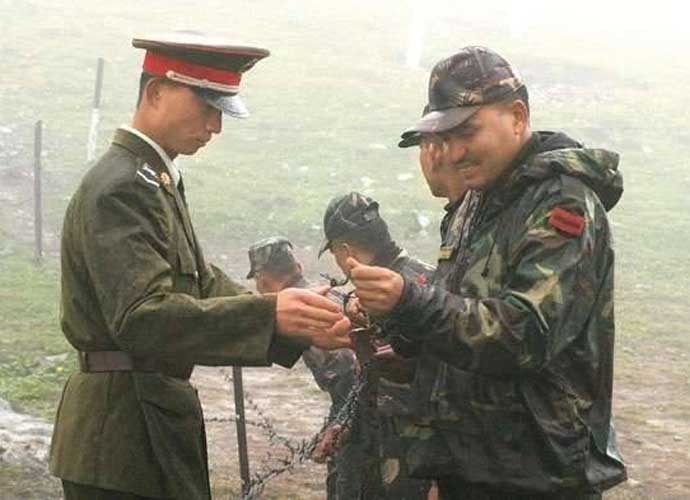 Military cooperation has the potential to be scaled up as Indian and Chinese armies are now working together in UN forces and exercising jointly in groupings like the Shanghai Cooperation Organisation (SCO). Better understanding at forces level could help avoid a flare up of the Doklam-kind along India’s troubled border. Hopefully, it would also hasten the process to establish direct one-to-one communication between the two armies at the top level.

The launching of the first ever India-China joint training programme for Afghan diplomats is one of the joint projects Modi and Xi had agreed upon at Wuhan. It is significant that India has replaced the US with which China had earlier agreed to conduct the joint training of Afghan diplomats. It indicates China’s acknowledgment of India’s role in Afghanistan, in spite of Pakistan’s objections to Indian presence there. It also recognises India’s contribution in developmental activity in Afghanistan.

However, multi-national initiatives involving China had not progressed well in Afghanistan in the past. Probably, China would like to avail of the widespread goodwill India enjoys in Afghanistan, to further its presence in the war torn country.

The controlled handling of the Maldivian elections and its aftermath by India and China, despite their clash of interests, shows both the countries are prepared to factor in each other’s interest in their decision-making. However, how far and how long they can maintain such a spirit remains a question. Both countries face strong internal pressures in their own way; both are also subject to the dynamics of strategic environment and realpolitik in the Indo-Pacific region.

This makes it imperative for both countries to deliberate upon their actions if they want sustained peace in South Asia and the Indian Ocean region. That would require not allowing their age-old trust deficit to overtake their decision-making; so they will have to go beyond confidence building to build trust.

#Kiren Rijiju, #Uyghur muslims, #Doklam, #India-China Relations
The views and opinions expressed in this article are those of the authors and do not necessarily reflect the official policy or position of DailyO.in or the India Today Group. The writers are solely responsible for any claims arising out of the contents of this article.