The Ministry of External Affairs announced that Russian President Vladimir Putin is set to visit India on October 4 and 5, 2018 for the 19th Annual Bilateral Summit to be held in New Delhi. The upcoming summit has acquired further salience as it is taking place at a sensitive moment — mainly, the arrangement of interests between the two countries is challenged, which, until today, had been immune to pressures from external factors.

The sharpening of tensions between Russia and the United States, and the US’ unilateral actions, such as Countering America's Adversaries through Sanctions Act (CAATSA), is likely to impact India which shares long-standing diplomatic relations with both Russia and the US. Russian President Vladimir Putin is set to visit India on October 4 and 5, 2018 for the 19th Annual Bilateral Summit to be held in New Delhi.

The 18 bilateral summits held so far between the two countries is proof that relations between India and Russia are indeed a "special and privileged" partnership.

In this vein, the 19th Bilateral Summit will focus on vital interests and concerns between India and Russia that include regional economic integration and connectivity, energy, nuclear commerce, defence and military technical cooperation, establishment of a polycentric world system, multilateral engagements, cyber security, banking and financial sectors, counter-terrorism and enhancing soft power quotient.

The focus of Prime Minister Narendra Modi and President Putin would therefore be to communicate mutually acceptable leeways to strengthen the strategic partnership, despite the challenges.

Considering the above-mentioned spheres of cooperation, nuclear energy will be a key focus of the summit — it has assisted Russia achieve monopoly in India’s nuclear market.

The Kudankulam Nuclear Power Plant (KNPP) has become one of the biggest success stories of India-Russia cooperation; as Unit 1 and Unit 2 start commercial operation, the process for reactor buildings of units 3 and 4 have already begun. The two countries also signed the general framework agreement for construction of Unit 5 and 6 in 2017. During the 15th Annual Summit, India and Russia agreed to build 12 new nuclear plants. India, Russia and Bangladesh also signed a trilateral agreement in March, 2018, for the construction of a NPP in Rooppur, Bangladesh. 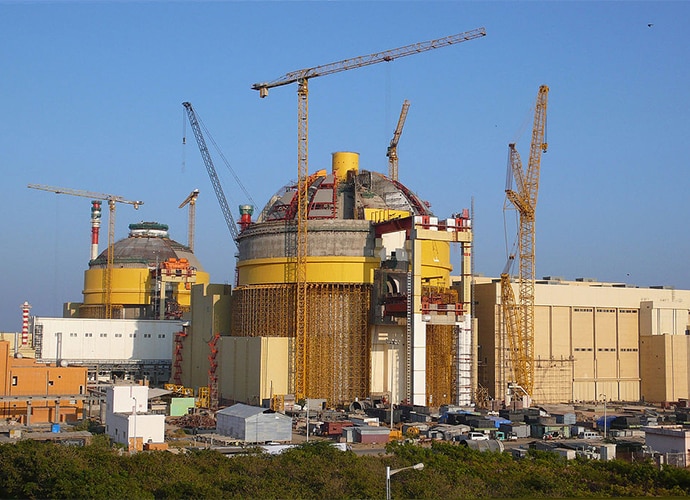 Kudankulam has been one of the biggest success stories shared by India and Russia .

During the 17th Annual Bilateral Summit, the largest outbound deal by a Russian company was made between Rosneft and its partners which bought India’s Essar Oil in an all-cash deal. As per the agreement, Rosneft would get 49 per cent stake in Essar Oil and the two partners — Netherlands-based Trafigura and a Russian fund United Capital Partners — will hold another 49 per cent in equal parts. Minority shareholders would hold the remaining 2 per cent once the company is delisted.

This year, GAIL managed to renegotiate the terms originally signed in 2012 with Gazprom, to an adjustment to the price and volume of LNG supply. As part of India’s new energy sourcing strategy, the first LNG cargo — under the long-term contract between GAIL and Gazprom Marketing & Trading Singapore (GMTS) of Russia — arrived at the Dahej LNG Terminal in Gujarat in June, 2018.

The two countries also strive to bring in, together, energy regimes in Eurasia — in which Iran is an integral part, given its strategic location and the projects undertaken by India, such as the Chahbahar Port. Both India and Russia have friendly ties with Iran. How long that resists us pressure is the challenge.

While economic cooperation has been the weakest link in the bilateral relations, bilateral mechanisms such as the annual summit has led to a positive development in this sphere of engagement. Russian Foreign Minister Sergey Lavrov cited official statistics demonstrating 20 per cent growth in Russian-Indian trade in 2017. India's participation as a guest country in St Petersburg International Economic Forum (SPIEF) in 2017 has manifested stronger economic cooperation between the two countries.

India and Russia are the only partners to have inter-governmental commissions taking stock of the progress of bilateral cooperation especially in the economic sphere. The India-Russia Inter-Governmental Commission on Technical & Economic Cooperation (IRIGC-TEC), for instance, is a standing body that annually meets and reviews ongoing activities of bilateral cooperation in the fields of trade and investment, science and technology, culture and other issues of mutual interest.

The Russian Far-East is another region for potential economic engagement.

A key focus area could be exploring the prospects of attracting an agricultural workforce in the region, given India’s huge potential record in the agricultural sector. India, for instance, has been host to one of the largest farmers’ emigration to Canada, which too has a bleak climate such as the Russian Far-East.

India is progressing towards strengthening its foothold in the Indo-Pacific region through a strategic partnership with the US, but the economic engagement with Russia in the region will further enhance its geo-economic interests overall.

Meanwhile, India-Russia defence co-operation has achieved new capacities through acquisitions and joint development of weapons and military equipment, which include the induction of INS Vikramaditya, the launching of own IAC- INS Arihant and the successful development of BrahMos supersonic cruise missile to name a few. 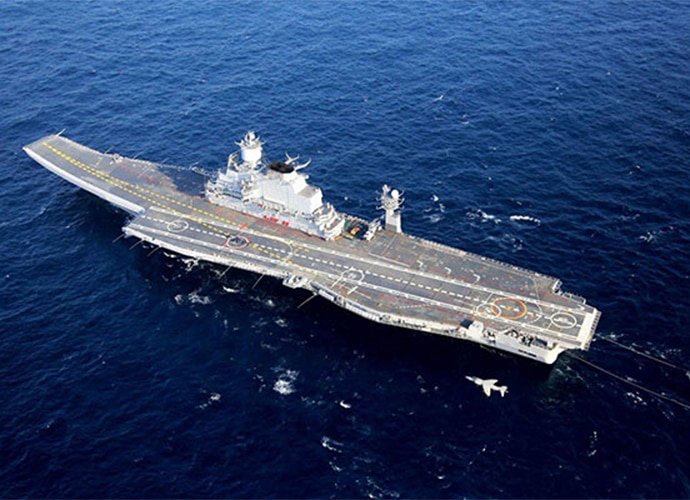 Successfully inducted: INS Vikramaditya is another symbol of India-Russia friendship.

In the 17th Annual Bilateral Summit 2016, India and Russia agreed to construct four frigates under Project 11356, one is to be built in Russia and three in India. A tripartite joint venture, established between Rosoboronexport, Russian Helicopters and HAL, to manufacture 200 Kamov Ka-226T light utility helicopters for the Indian Army. Of these, 60 would be manufactured in Russia and the balance in India. Purchase of the S-400 Triumf air defence missile system was also agreed during this summit.

The upcoming summit is expected to see the finalisation of the S-400 anti-missile deal — despite the US’ displeasure towards India which has been committed to go ahead with the deal with Russia. The finalising of the S-400 missile defence system agreement between India and Russia comes under the purview of the sanctions as Almaz-Antey Air and Space Defence Corporation, which makes the S-400 missile defence system face sanctions under the Act.

In fact, during the 2+2 talks between India and the US held in September 2018, one of the key points on the agenda of discussions was the likely impact of CAATSA sanctions on India’s military modernisation process — 69 per cent of its defence purchases are from Russia.

Apart from India’s large dependence on Russia’s state-of-the-art weapons systems, India’s predictable resistance to external pressures, especially the US, is based on two core factors — a) its strategic autonomy is being challenged and b) Russia’s rebirth as a military power in recent times is conducive to India’s interests and domestic initiatives such as the Make in India project.

In recent times, an important highlight of the bilateral summits has been the advocacy of multi-polarity.

Through annual bilateral summits, the two countries have expressed their readiness to continue consultations and coordination in multi-polar global fora, such as the G-20, EAS and BRICS.

Alongside, the strengthening of soft power quotient has gained prominence in the bilateral talks between India and Russia.

In 2017, India agreed to provide an annual grant of $10,000 to fund the study of “Indology” at the Centre for Regional and International Studies at Far-East Federal University.

During this 19th Annual Summit, President Putin and PM Modi will participate in a Russian-Indian business forum and meet with students of Russia’s Sirius educational centre and a group of talented Indian children. The visit’s agenda also includes the Russian president’s meeting with President of India Ram Nath Kovind.

The year 2017 marked 70 years of diplomatic relations between Russia and India.

Over the years, the partnership between the two countries has blossomed both at the bilateral and global level. However, in recent times, given the realities of the dynamism of international affairs, the progress of the partnership is not moving along as smoothly as desired. Some factors that have become a cause of concern in the partnership are the growing proximity between India and the US and Russia’s rapprochement with China and Pakistan in particular.

In conclusion, today the interests and concerns of both India and Russia have nevertheless moved further towards a more "shared diversified" ones. But, despite the hiccups in relations, both Russia and India have maintained a durable partnership for decades, and share a long history, their relations being based on goodwill and friendship.

So, both India and Russia will have to proceed very delicately while pursuing their individual foreign policy interests without “rocking the boat” and undermining each other’s grand strategy and national interests.

The upcoming 19th Annual Bilateral Summit is therefore an important mechanism to assist both India and Russia to continue to invest in the partnership.

Also Read: Why India must talk with Pakistan