The deed having been done, everyone is now bracing for what might follow. India went in for the purchase of the S400 missile system from Russia, knowing full well the possible implications of this deal – falling foul of the Countering America’s Adversaries Through Sanctions Act (CAATSA) passed by the US Congress. But even as many in India fear the worst – sanctions being imposed by the US on Indian entities under CAATSA – the hope is that the Trump administration will give India a waiver in order to keep the strategic relationship which has been blossoming for some time.

But who can say for sure what US President Donald Trump will do? After all, if he could read the riot act to America’s European allies, and take on the Chinese, Russians and the Iranians, end the years of US prevarication on Pakistan, then expecting him to show sensitivity to India’s flight of fancy of maintaining its ‘strategic autonomy’ is nothing more than a gamble. This became clear when on the sidelines of the 2+2 Dialogue, a top US official, when asked how the US President would react to the S400 deal, quipped that even he had no idea what Trump would do!

They knew who was really deciding the agenda. (Photo: Reuters)

While there is a lot to be said in favour of acquiring the S400 system for enhancing India’s security architecture and filling critical gaps in defence preparedness, conflating it with something as vague and nebulous as a concept like ‘strategic autonomy’ does not make much sense. If anything, such conflation only undercuts and undermines the security argument that India has made to the Americans to get a waiver from any sort of sanctions. In fact, India’s continuing dependence on Russia for many of its defence needs is in and of itself both evidence and argument on the non-existence of strategic autonomy. Is this really about our 'strategic autonomy' - or fostering more dependence? (Photo: PTI)

To put it differently, India’s dependence on Russian supplies circumscribe its claims to strategic autonomy.

Cut through the clap-trap, and it becomes clear that for all the gravitas that it exudes, 'Strategic Autonomy' is nothing more than a slogan, more so for middle-level powers like India which depend on other Great Powers for weapon systems, political and diplomatic support, technology and markets.

That even Great Powers have limits to their strategic autonomy is another matter.

It is one thing to declare that Strategic Autonomy as a policy principle, and quite another to get taken in or fooled by your own rhetoric and grandstanding. Many principles of policy aren’t always implementable – or even sensible. Realpolitik demands that having once publicly declared a particular concept as a principle of policy – strategic autonomy in the current case – nation states should be wise and flexible enough to at least tweak, if not entirely ignore the principle to protect their national interests.

It is patently foolish to let declared policy bind the country into a commitment trap.

In other words, it is all very well for India to declare that it only adheres to multilateral sanctions under the aegis of the UN and doesn’t recognise unilateral sanctions imposed by any country on another country – but such a declaration of principle cannot be divorced from the reality that adhering to it will exact a very heavy price which is probably not worth paying.

Clearly, India took a calculated risk by going ahead with the S400, despite the threat of CAATSA. Given the growing strategic convergence between the US and India, and the fact that Trump has been somewhat well disposed towards India, there is reasonable chance that he might agree to a waiver for India. To not do so would jeopardise the entire strategic partnership between the two countries. After India signed on two of the three ‘foundational agreements’ – LEMOA and COMCASA – imposing sanctions would mean tearing up these agreements. This is so because unlike some other countries, which have floated Special Purpose Vehicles to evade the CAATSA, in India’s case, the S400 is being procured for the Indian Air Force. If either the IAF or the Ministry of Defence in India was to now become a sanctioned entity, it would sound the death knell for the strategic relationship between the US and India.

But having taken the risk entailed in a difficult decision to buy the S400, the chest-thumping on establishing India’s strategic autonomy was quite unnecessary – even less so considering the fact that after the deal was signed, there were a spate of reports about how India was working overtime to placate the Americans and even thinking of some big-ticket purchases from the US to humour Trump. If indeed India was so sure about not compromising on its strategic autonomy, then instead of trying to appease the Americans, India would be quite nonchalant about how the Trump administration would react. Will India now need to do more weapons shopping in the USA?

Perhaps the grandstanding was done with an eye on domestic politics, to prove to the people of India that the current dispensation will not succumb to pressure and will stand up for India’s right and take the decisions it feels are in the country's best interest. But this could have been done without blowing the trumpet of strategic autonomy, which is a bit fictional. Take, for instance, the petroleum minister’s announcement that India will continue to buy oil from Iran, defying the US sanctions. Coming as it did soon after the S400 deal, this statement was like throwing fuel on fire. 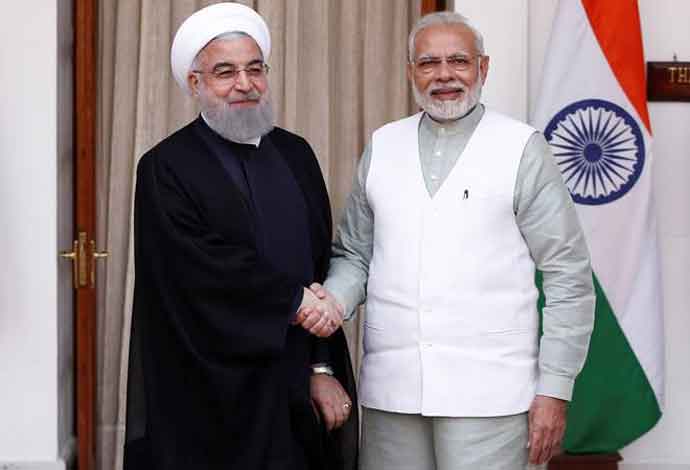 India announcing oil purchases from Iran was like pouring fuel on the S400 fire. (Photo: Reuters)

Not only was it a diplomatic blooper, it was also economical with the facts on ground.

The truth is that India is hoping for a waiver on zero oil from Iran. But if the waiver doesn’t come – there are some analysts who believe that the US might give a waiver on S400 but will not on Iran oil – then whether or not India likes it, there is going to be no oil that it will buy from Iran. Even if any petroleum company was willing to cock a snook at the US, it will still find it difficult to buy the oil because of the transactional, logistical, financial and other difficulties that will hinder oil trade with Iran.

Clearly, it makes no sense for the government of India to put its entire economic stability on the line for the sake of maintaining the myth of strategic autonomy.

On virtually every single parameter, the other relationships just don’t stack up to India's relationship with the US.

Instead of nostalgia, realism and national interest must guide India's foreign policy.