India-US ties are strong – but for a price

It wants India to break its relationships with Iran and Russia.

We should not be distracted by the second postponement of the 2+2 dialogue between India and the US. The way it was done, suggests that it was, indeed, an outcome of an immediate requirement rather than any deliberate slight.

But there are other developments that point to the increasingly strong headwinds that India must confront its relationship with the US. These ties have grown enormously in recent years. They feature closer political coordination between the two countries, significant arms sales from the US to India, high-level visits, multiple forums of engagement at the ministerial and official levels, and regular military exercises. The closer the two countries are getting, the higher the price New Delhi is being asked to pay.

The two major items in this demand, visible as of now, are the American call for India to break its relationships with Iran and Russia.

The US may be willing to allow New Delhi time to begin cutting its oil imports from Iran, but it’s clear that they must hit zero at a certain point. Iran, it should be noted, is the closest source of hydrocarbon energy to the Indian subcontinent. The second set of items relates to our important defence ties with Russia.

The letter of the American law called Countering America’s Adversaries Through Sanctions Act (CAATSA) is quite clear and would immediately affect new purchases, joint ventures and the acquisition of spare parts and components.

Since the 1960s, Russia has met our defence supplies requirements big and small. The immediate impact could be on the acquisition of the S-400 system, the Project 1135.6 frigates and the Ks 226T utility helicopter deals. But the US law will also hit spares and components, which means some 60 to 70 per cent of India’s defence equipment.

The choices for India are stark. It can comply with the US demands and begin a process that would gut our ties with Iran and Russia. Or it can take a stand and tell the US that it will not accept the extra-territorial application of its laws and will only accept sanctions imposed by the UN. Ironically, the US action in Iran is based on a trashing of international law viz a UN-sanctioned agreement.

Since the 1960s, Russia has met our defence supplies requirements big and small.

Whatever the view from Washington DC is, both Iran and Russia occupy an important place in India’s regional policy and have a geopolitical logic that is specific to India.

To tamely acquiesce with American demands would mean that India has, in essence, abandoned any pretense of servicing its own geopolitical needs. New Delhi has to decide what kind of a power it is. Is it truly a country that values “strategic autonomy” or is that just a slogan of convenience?

The Indo-US entanglement is not new.

From the 1950s we have had differences on our terms of engagement. In the Cold War, the US wanted military allies, India did not oblige and, indeed, reached out to the Soviet Union to meet the military needs the American camp refused to fill. After the Soviet collapse, we have danced a long tango, but have not quite been able to shape a new relationship. The US has consistently failed to understand that India cannot be a partner like Japan or Western Europe for which the US is a net security provider. Armed with nuclear weapons, India faces no existential threat. But it has wider security concerns and needs which require a geopolitical orientation which is different from that of the US. 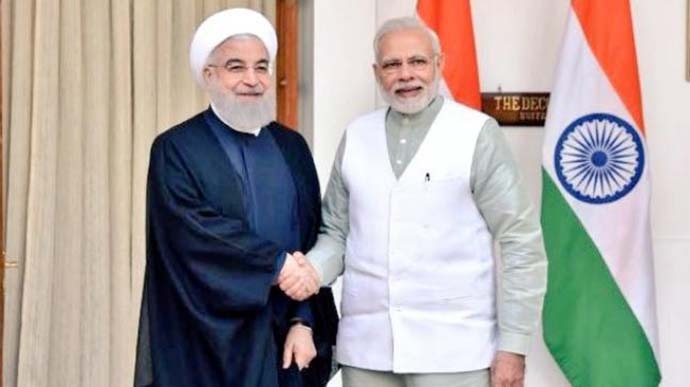 Iran, it should be noted, is the closest source of hydrocarbon energy to the Indian subcontinent.

Beyond issues of world order and promotion of democratic ideals, India needs the US in balancing China, primarily because it has failed to carry out the deep restructuring and reform needed to modernise its armed forces and its defence industrial base. But by the same measure, the US, too, needs India to offset the growing strength of China. From the Sea of Japan to the Red Sea, there is no country with the heft of India to give the US-led effort to contain China some credibility.

So, there is a compelling short-term logic for closer India-US ties. But in the longer term, those ties are important also because of the idea of India — this country is pursuing a democratic, economically vibrant, and technologically advanced civilisation-state. A global power whose destiny as well as its decisional autonomy is in its own hands. The US once said it was willing to aid India in reaching this goal. But today, its narrower vision of its own foreign policy seems to be undermining this promise.

Also read: Why India must hold its ground against US on buying oil from Iran

Post your comment
#Iran Sanctions, #Nikki Haley, #Foreign policy, #Indo-US relations
The views and opinions expressed in this article are those of the authors and do not necessarily reflect the official policy or position of DailyO.in or the India Today Group. The writers are solely responsible for any claims arising out of the contents of this article.