FICV was supposed to give Indian Army a modern edge on the battlefield but with the Army failing to convince the bureaucracy to push the project through, it will float in an eternal orbit.

Ministry of Defence (MoD) bureaucrats are believed to be uncomfortable over footing an estimated `800 crore bill for funding the prototype building. They have instead suggested that the shortlisted private sector firms fund the building of two prototypes out of their own pockets. The firms say they can’t fund the project, buy or develop the technology because there is no guarantee they will get an order. The problem, as a defence industry official familiar with the project says, is the MoD’s inherent distrust of the private sector. 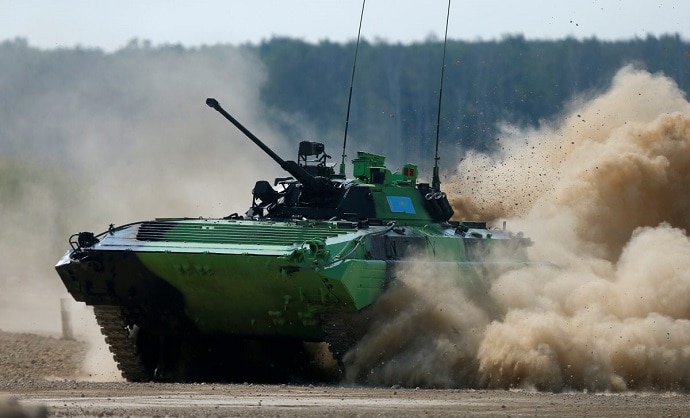 “The bureaucracy is uncomfortable funding a programme where there is no prototype in sight,” says a defence industry official familiar with developments. And so the chicken and egg impasse continues. The FICV public-private sector partnership was launched in 2006 to replace the Army’s 1980s vintage Soviet-origin BMP-2 ICVs which equip the Army’s 49 mechanised infantry battalions, each with 51 BMP-2s, gradually reaching the end of their service lives.

Their replacement was a 20- tonne tracked FICV with a three-man crew capable of carrying seven fully-armed troops into battle. It would also be equipped with an automatic grenade launcher and an anti-tank missile launcher. The government would fund 80 per cent of the prototype developed by two shortlisted private sector firms.

The FICV was part of three high profile ‘Make’ projects for the Indian Army, the two others being to develop Tactical Communications Systems and Battlefield Management Systems, intended to encourage private sector participation in the defence sector. It would also address a gap in wholly indigenous defence products and kickstart local product development and, hence, found an enthusiastic backer in the late Manohar Parrikar.

As per the revised schedule in 2015, orders for the first FICV prototypes were to have been placed in early 2017 but the project has hit a limbo after Parrikar’s departure from the MoD in early 2017. There is now talk within the MoD to reboot the project with a fresh Expression of Interest (EOI), the third one of its kind since 2009. Neighbours China and Pakistan have been modernising their militaries swiftly. (Photo: Reuters)

With the Army failing to convince the bureaucracy to push the project through, it will float in an eternal orbit. This suits import lobbies and foreign equipment manufacturers as dead indigenous projects brighten the chances. Especially ones where foreign firms own Intellectual Property Rights of equipment and allow their products to be assembled in India as ‘Make in India’ programmes.