US President Donald Trump's decision to walk out of the Iran nuclear deal is a body blow for Tehran. Though the deal is not yet dead, with the rest of the signatories promising to keep it alive, the tough sanctions that the US has slapped on Iran would make it impossible for European and other companies to do business with the country. America will insist that any company involved in Iran be barred from working in the US. That will make things very difficult for multinationals. The obvious choice then for multinational firms to do business would always be the US, world's largest economy.

Whether France, Britain and Germany will eventually stay the course is not certain.

Trump's move to break the deal was long expected. He had been thrashing the landmark agreement as rotten from the day it was signed.

All through his election campaign, he had promised to tear up the deal, considered one of the most significant achievements of the Barack Obama administration in its second term.

Trump would have done this earlier but for the wise counsel of his former secretary of state Rex Tillerson and his earlier national security adviser HR McMaster. Both have been replaced by rabid right wingers Mike Pompeo and John Bolton, respectively. They are on the same page as Trump on the Iran deal.

Russia, China, Germany, France, Britain as well as the European Union, are all committed to stay on track. Donald Trump has once again proved that international commitments mean nothing to him. He pulled the US out of the Paris Climate Accord, as well as the Trans-Pacific Agreement. Analysts are wondering what message Trump's decision not to honour the agreement, will send to North Korea. Kim Jong-un and Trump are expected to meet possibly next month in Singapore. How can any country now trust the US? The North Korean leader, naturally suspicious, will now take some convincing to stop his nuclear programme.

For hardliners in Iran, who have never appreciated the deal, this would be a godsend. President Hassan Rouhani and other moderate elements in the country will be weakened considerably. For ordinary Iranians hoping for some reprieve from decades of crippling Western sanctions there is little hope. Trump, backed by Israel's hardliner Prime Minister Benjamin Netanyahu, and the Saudi Arabia want a regime change in Iran.

They hope that the people would throw out the regime because of economic hardships. That is a tough ask as nationalist sentiment will now come to the fore.

India will be in a spot of bother. Delhi is good at doing a tightrope walk, it has done it for years between Israel and Palestine. India will try its best to maintain its current ties with Iran without offending the US. Some nimble diplomatic footwork will have to be done and Delhi is generally good at that.

In its first reactions to the US pulling out, the Indian stand was in line with what France, Britain and Germany are saying, build on it don't let it go. The MEA statement said: "India has always maintained that the Iranian nuclear issue should be resolved peacefully through dialogue and diplomacy by respecting Iran's right to peaceful use of nuclear energy as also the international community's strong interest in the exclusively peaceful nature of Iran's programme. All parties should engage constructively to address and resolve issues that have arisen.'' 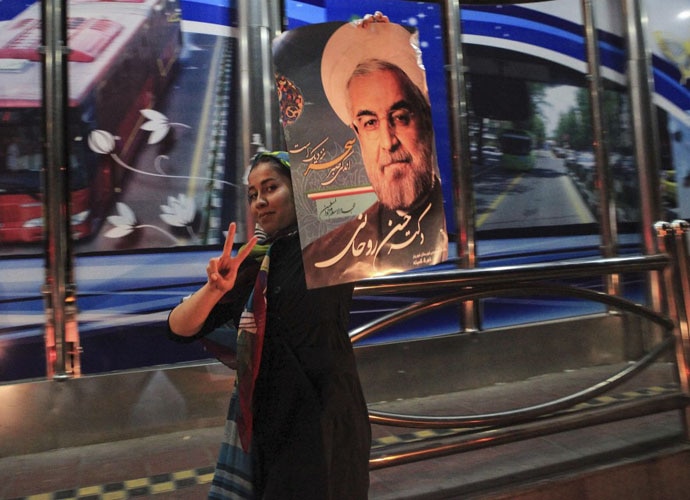 India had similarly stood by the Paris accord and promised to do its best to combat climate change.

All through the decades of US sanctions on Iran, Delhi had continued to buy oil from the country saying it only respects restrictions imposed by the United Nations, not individual countries.

However, India had reduced its imports to Iran as it was difficult to negotiate the financial sanctions the US slapped on companies doing business with Iran. Also at the time when India was negotiating the civil nuclear deal, it began to cut down on oil imports. But since the nuclear agreement, India has been increasing its oil imports from Tehran.

Today Iran is the third-largest supplier of oil to India. World oil prices will shoot up as a result of the sanctions on Iran and it is unlikely that India can protect itself from this. It will hit India's economy hard.

But India's ambitious plans with regards to the Chabahar Port may take a hit. Delhi will have to work hard to protect its strategic interests in Iran. The plan to find an alternative route to Afghanistan and Central Asian countries has been in the works for over a decade.

With Pakistan refusing transit through its territory to Afghanistan and the Central Asian republics, the strategy was to use the Iranian port of Chabahar for trade. The Chabahar project had just about gathered momentum after the nuclear agreement was signed.

New Delhi has committed $85 million to develop a berth in the Chabahar Port, it was planning to invest another $500 million in future. Sanctions on Iran, especially if they are strictly enforced which is likely, will further delay the project.

Both Kabul and Delhi celebrated when the first ship load of 1.1 million tonnes of wheat was sent to Afghanistan through Chabahar. The plan to expand trade will be now be adversely impacted.

Another much talked about plan - the International North South Transport Corridor, which involves both Iran and Russia will also be difficult to execute. This is a major connectivity project, which would expand from Iran through Central Asia to Russia.

However, these are early days and much will depend on whether Russia, China, France, Germany and Britain can work with Iran to keep the deal afloat.