ISIS is not finished. Why South East Asia is now under a greater threat

Governments in Malaysia and Indonesia have been trying to ride the Islamist tiger by pandering to the orthodox Islamic parties.

The ISIS may have been defeated in Syria and in retreat elsewhere, but there is serious danger that it could expand its activities in South East Asia. The region is home to 40 per cent of the Muslims in the world, with majorities in Indonesia, Malaysia and Brunei, and significant pockets in Thailand, Myanmar and the Philippines and there are hundreds of erstwhile IS fighters who have returned to the region after the outfit’s defeat in Syria. 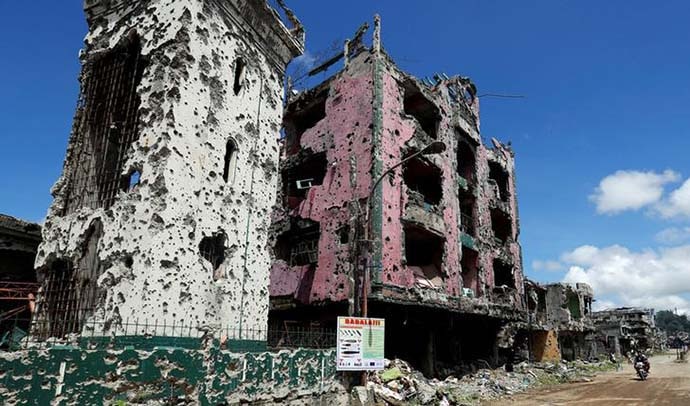 A part of a bullet-riddled mosque is seen in the Islamic city of Marawi, southern Philippines on April 19, 2018 (Reuters)

South East Asia was once known for its moderate brand of Islam and its secularist politics. But this is now under severe stress.

Most western analysts think that the IS is essentially finished.

But security forces in South East Asia feel that they may have entered into a new phase of expansion in their region which has had pockets of Islamic extremism going back decades.

There have been a slew of terrorist incidents across the region for the past two decades, but the most serious incident since the Bali bombing of 2002 was the occupation of Marawi city in Mindanao island of the Philippines in May 2017 by three jihadist groups that included the IS.

The ensuing battle lasting five months led to the town being razed and the deaths of a thousand people. 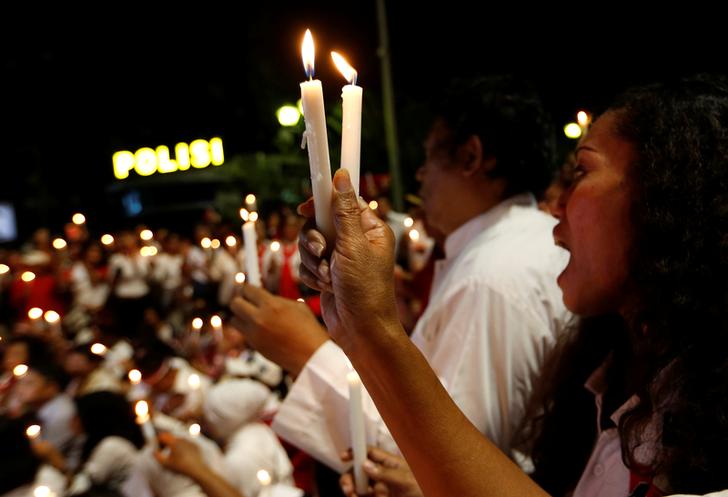 The fourth bombing happened when the terrorists accidentally detonated bombs in their own apartment killing three of them and the fifth happened outside the police headquarters when the bombers were being searched at its entrance.

These attacks have been attributed to the Jamaah Andharut Daulah (JAD), a local affiliate of the IS, and has featured the use of difficult-to-detect family cells.

In June this year, a five-judge bench sentenced radical cleric Aman Abdurraham to death for his role in inciting terrorist attacks in Indonesia. He is considered to be the leader of the JAD and has been operating from jail since 2010 when he was imprisoned for running a paramilitary training camp in Aceh for the Jemaah Islamiah terrorist network. The JI was the one behind the Bali bombing that killed 202 people.

Since then, he had inspired several attacks especially those targeting Christians.

On Friday, Philippine defense secretary Delfin Lorenzana said that a Moroccon terrorist allied to the Abu Sayyaf group, linked to the IS, was most likely behind a suicide bomb attack that killed 11 persons, including five militiamen at a military checkpoint.

Governments of the region, especially in Malaysia and Indonesia, have been trying to ride the Islamist tiger by pandering to the orthodox Islamic parties. In Malaysia, the Parti Islam Se Malaysia is the main Islamist party and the Barisan Nasional coalition, that ruled Malaysia for over six decades till its shock defeat in May, believes they would have fared much better, had they collaborated with the PIS. In Indonesia, the main Islamist political formation is the Prosperous Justice Party, though it is the Front Pembela Islam, a vigilante group that is responsible for the violent promotion of Islamic causes. 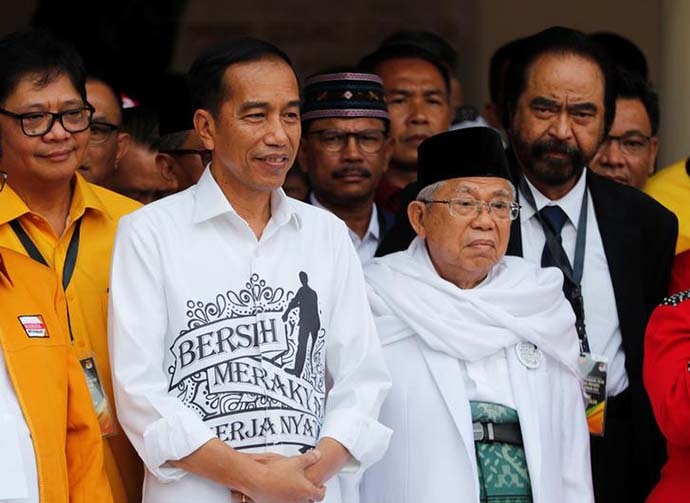 Last week, as a matter of abundant caution, Indonesia’s president, Joko Widodo, who again confronts the establishment candidate Subianto Prabowo, has decided to draft Maruf Amin, the 75-year-old head of the Majlis Ulema Indonesia (MUI or Indonesian Ulema Council) as his running mate.

In 2016, the orthodoxy demonstrated its strength in Indonesia when it targeted Basuki Tjahaja Purnama, the then governor of Jakarta who went by the nickname Ahok. A Christian of Chinese origin, he was accused of blasphemy and is currently serving a two-year sentence in jail after being convicted on that charge.

Need of the hour

In Indonesia, Islamist parties like PJP and the FPI target Christians, Chinese and other minorities and the attack on Ahok who was an ally of Joko Widodo was a manifestation of a trend.

The success of this attack was a signal to the Opposition to hop on to the Islamic bandwagon, and to prevent being outflanked, Widodo has taken the step of allying himself with the custodian of the orthodoxy — the MUI.

India is more familiar with the Rohingya issue, which arises out of the crisis created in Myanmar when Muslim militants attacked Buddhist communities and triggered a backlash that has seen hundreds of thousands of Rohingyas expelled from the Rakhine province on Myanmar to Bangladesh.

The plight of the Rohingyas has led to groups like the al Qaeda and the IS and other jihadist groups to call for attacks on Myanmar and its leaders.

Preventing further spread of violent religious extremism is the most important task before the governments of the region.

But as the siege of Marawi indicated, the challenge is not merely one of prevention, but of an active counter-terrorism policy to eradicate the threat of jihadism to the region.

Also Read: Why I believe Imran Khan can and will change Pakistan

Post your comment
#South east asia, #Islamic radicalisation, #Rohingya, #ISIS
The views and opinions expressed in this article are those of the authors and do not necessarily reflect the official policy or position of DailyO.in or the India Today Group. The writers are solely responsible for any claims arising out of the contents of this article.