Pakistan will burn its fingers trying to stoke the Kashmir fire

Islamabad's strategy is set to fail because the world does not support terror and Burhan Wani was a terrorist.

"Have you seen pictures of procession when lakhs of Kashmiris came on streets? Did you see the man who was being carried on shoulders by the crowd? He is the Ameer of Lashkar-e-Taiba." - Hafiz Saeed, LeT/JuD chief.

"Pakistan cannot forget Kashmiris and would continue to support them to get right of self-determination in light of the UN Resolution." - Pakistan president Mamnoon Hussain.

"Mr Modi is trying to divert world attention from the grim tragedy unfolding in Kashmir for the past five weeks." - Sartaj Aziz, advisor to Pak PM on foreign affairs.

"World needs to recognise the aspirations of the Kashmiri people and their struggle." - General Raheel Sharif, COAS Pakistan.

By going for a high decibel "all or bust" approach on Kashmir, Pakistan has burnt all bridges painstakingly built in the past two years. Repeated statements by the Pakistani military, civilian and terrorist leadership - all parroting the same line - is evidence of the Pakistani state, civil and military, working in tandem with terrorists.

Also read: By hailing Burhan Wani as a hero, Pakistan wants to keep Kashmir on boil

While Pakistan's internal dynamics - Gen Raheel Sharif seeking to stay in harness by ratcheting up tensions with India, Nawaz Sharif shifting focus away from Panama papers controversy and Hafiz Saeed trying to stay relevant - is only a part of it, Pakistan's gamble is to get the people to rise against India. Prime Minister Narendra Modi acknowledging the appreciation of the people of Pakistan-occupied Kashmir and Balochistan is a clear message to Pakistan to either stop fueling the unrest in Jammu and Kashmir or prepare to face the consequences. There are deep fault lines within Pakistan that are not untouchable for the current dispensation in South Block to exploit.

And Pakistan's efforts to fuel unrest in the valley are not restricted to making hate-filled statements. Saifullah Ali alias Bahadur was nabbed alive in an operation by the army where four other terrorists were killed. Bahadur Ali's interrogation revealed the depth of Pakistan's evil game plan for Kashmir.

Also read: Loss of lives in Kashmir can't be business as usual

"He told his interrogators that he had been specifically tasked to reach towns in Kashmir and fire at the security forces from behind the stone-pelting crowds. The aim was to get the security forces to react and fire back - taking up the civilian casualties," Sanjiv Singh, a top ranking official of National Investigation Agency (NIA), told journalists.

Like in 2010, Pakistan's aim in 2016 is also to fuel unrest and increase the body count. Pakistan, according to government sources has reached out to the separatist leaders and is actively funding the protests. The money trail is currently under investigation. Not all the protests following Burhan Wani's death have been spontaneous.

"The Pakistani reaction to the killing of Hizbul Mujahideen terrorist Burhan Wani has been very disappointing. For their prime minister to describe him as a political leader is worse. Burhan Wani had 15 serious cases registered against him, including that of being involved in the killing of a sarpanch and his son in Kashmir. The cases include the targeted killing of security forces personnel in the state. These cases were not registered overnight or even after Mehbooba Mufti took over as chief minister. These cases were registered over a period of past five years,'' top government sources told India Today.

The government has prepared a strong case and has sent facts to all Indian missions over seas. To counter Pakistan's dirty propaganda, India is giving out facts - about Burhan Wani, about Hizbul Mujahideen - the terrorist organisation, Hafiz Saeed, the designated global terrorist and also that terrorists in Pakistan were directly in touch with Burhan Wani till the end.

"We did not even have to give out source-based information or rely on technical intelligence inputs with Hafiz Saeed having announced publically that he was in touch with terrorist Burhan Wani. This was added proof of Pakistan's involvement in terror in India. But this time Pakistan is being completely shameless about it - openly fueling the unrest - militarily, politically, diplomatically and through terrorists and separatists," the sources added.

Also read: What declaring Burhan Wani a 'terrorist' says about you

India is convinced that the protests are not spontaneous. J&K chief minister Mehbooba Mufti has gone on record to say announcements are being made from mosques forcing women and children to come out and protest.

India Today exposed a Hizbul Mujahideen terrorist sending out a video message asking protesters to come out on the streets and target the security forces. Locals have told the police if they do not come out and pelt stones, they are targeted.

A very worrying aspect is the communal tension in parts of the valley. The minority Shia population in Budgam has been targeted. "We received a complaint that groups of protesters reached the Shia-dominated locality and forced people to come out and protest against the security forces. When they did not - there are reports that some houses were burnt down and people targeted. Additional police forces have been deployed for their protection. However, this is also indicative of the fact that the organisers of the protests are systematically targeting those who do not protest," sources added. 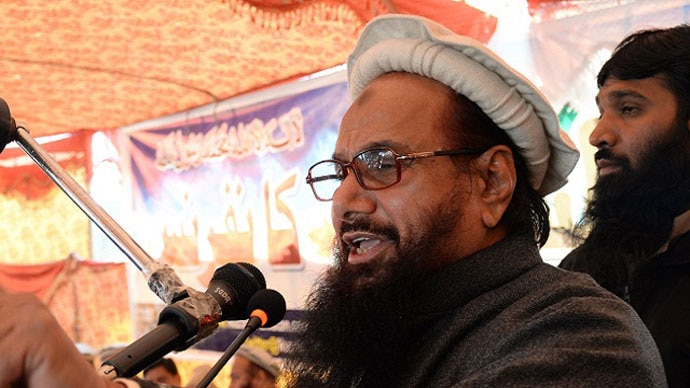 Pakistan tried to bowl a googly inviting the Indian foreign secretary S Jaishankar to Islamabad to discuss the Kashmir crisis. "Pakistan obviously thought we would be uncomfortable to discuss Kashmir. But we are not. We told them we are willing to discuss Pakistan-sponsored terror and Pak role in fueling the unrest in the valley first," said another official. The ball is now in Pakistan's court.

India has decided to call Pakistan's bluff on Kashmir this time. India is all set to expose Pakistan's atrocities in Pakistan-occupied Kashmir and in Balochistan.

"It is a multi-pronged strategy that the government is adopting. There is total transparency on anti-terrorist operations that are underway. Chief minister Mehbooba Mufti and the state government are initiating dialogue. Away from cameras, it is happening. An effort is to restore normalcy. Those who fuel the fire will be dealt with strictly according to the law. No leniency anymore for protesters, stone-pelters and separatists," an official privy to the road map said.

Also read: Why violence in Kashmir is a political choice

Diplomatically, too, India intends to counter Pakistan's lies with facts. No country in the world would want to see Islamic State-like terror take roots in the region.

Chief minister Mehbooba Mufti has exposed the truth behind the protests. She has asked whether people want a Kashmir where 10-year-olds beat up old men for opening their shops, or, where restricting girls - stopping them from dressing up for a wedding or threatening to burn them alive if they ride a scooty - becomes the order of the day?

Mehbooba Mufti has also exposed the role of money in protests. "Protests are now an industry. People move with money. Pay protesters to target security forces' camps and disappear when forces counter the attack," Mufti was quoted saying.

The truth is emerging. However, there is a slant in the narrative. There are those who try to defend a terrorist like Burhan Wani. That faulty narrative needs to be corrected.

The people of Kashmir need to realise no state can permit protests in favour of a terrorist. They need to appreciate the truth and move towards development, feel sources.

The government is now mounting an all-out political, diplomatic and military offensive to counter lies and ensure peace prevails for development to return to track in the valley. If Pakistan rakes up Kashmir at the UN General Assembly, it will be in for a shock - because external affairs minister Sushma Swaraj will give no quarter.

As New Delhi and Srinagar reach out to the youth in Kashmir - the aim is to neutralise the vested interests. Whether this aggressive strategy succeeds remains to be seen but sources say the government intends to stay the course.

Post your comment
#India-Pak, #Burhan Wani, #Pakistan, #Jammu and Kashmir
The views and opinions expressed in this article are those of the authors and do not necessarily reflect the official policy or position of DailyO.in or the India Today Group. The writers are solely responsible for any claims arising out of the contents of this article.