It's Realpolitik: Why it's erroneous to corner Jayant Sinha over garlanding Jharkhand lynching case convicts

Those who indulge in mob violence must be meted full legal punishment. But netas celebrating them shows a disturbingly real perception that cow slaughter laws are being broken, with no legal recourse.

On July 6, 2018, reports of Union minister Jayant Sinha felicitating those involved in the lynching of a meat trader on the suspicion that he was smuggling beef went viral.

The leader of Opposition in the Jharkhand Assembly Hemant Soren went so far as to tag the minister's alma mater Harvard University in his tweet and asked them whether 'this' was what the venerable seventeenth century institution stood for.

This is truly despicable. @Harvard Your alumnus @jayantsinha felicitating the accused in cow related lynching death in India. Is this what @Harvard stands for? https://t.co/DJh8XRtoXl

Sinha had earlier expressed doubts over whether justice had been done to those accused of the crime. As on date, a fast-track court set up at the instance of the BJP-led government in Jharkhand has convicted the accused, though they have been granted bail by the Jharkhand High Court which is hearing an appeal.

It is nobody's case that those who have been accused of murder should not be punished as severely as possible.

However, it might be instructive to examine two other aspects of the issue:

a) Why is it that such incidents of attacks on suspected meat traders and cow thieves are escalating?

b) Why is it that the sympathy of the public at large seems to lie with perpetrators of such violence, rather than the victims?

Answer to question a

One can safely say that vigilante incidents in societies with even a semblance of the rule of law are perpetrated when the public at large feels that the relevant laws are not being adequately enforced. There is absolutely no doubt that in states where beef eating is banned — incidentally, including Jharkhand, where the concerned legislation was not piloted by a BJP government — there are concerns over whether the same are being adequately enforced.

Answer to question b

The truth is that in most of these cases, public sympathy at large seems to lie with perpetrators of such violence. It is crucial to understand why. It is also true that most of the beef ban laws were enacted by non-BJP governments. Quite a few of these laws date back to the 1950s. The constitutional validity of such laws has also been upheld inter alia by the Hon'ble Supreme Court of India, most recently, in the case of State of Gujarat vs Moti Kureshi Kassab Jamat in 2005. Even the directive principles of state policy mention that the state shall endeavour to ban the slaughter of cows. 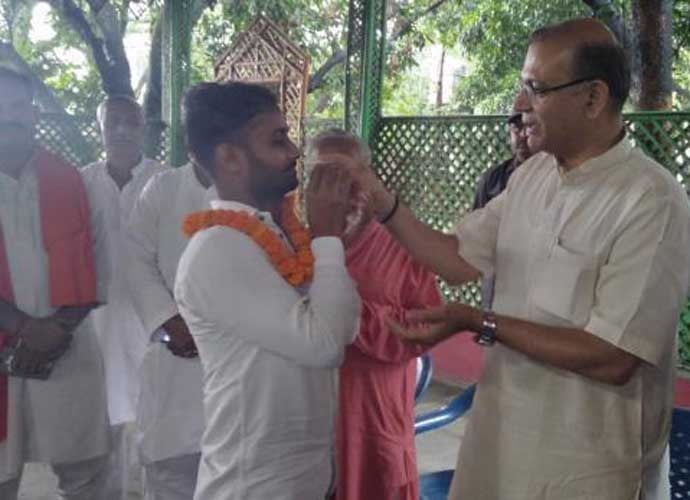 This is Realpolitick: Jayant Sinha would only be mirroring many of his voters' feelings

In this view of the matter, it is clear that irrespective of what liberal commentators would like us to believe, India's volksgeist as well as its constitutional laws are both amply clear inasmuch as both encourage a ban on the slaughter of cows, of course, subject to the dietary predilections of the population in specific states. Hence, it is disingenuous on the part of pseudo-liberals to argue otherwise.

It is also pertinent to mention that it is not as if such vigilante incidents have taken place only under the watch of the Bharatiya Janata Party. The Mirchpur incident in Haryana dates back to a time when the Congress was in power both at the Centre as well as in the state.

Having said that, it is nobody's case that those who take the law into their own hands to punish alleged violators of the law, thus subverting the rule of law themselves, should not be punished severely after following due process under the law.

Equally, those who violate the law in the first place should also be met with the full might of the law enforcement machinery available to the government. Till the time we cannot ensure that both the aforementioned things are done, we would not realistically be able to prevent the public from frequently sympathising with the perpetrators of such violence, rather than the victims.

In such a case, we would also not be able to prevent politicians like Jayant Sinha or others from mirroring the views of the people they represent.

#Indian Constitution, #Lynching, #Cow Slaughter, #Jayant Sinha
The views and opinions expressed in this article are those of the authors and do not necessarily reflect the official policy or position of DailyO.in or the India Today Group. The writers are solely responsible for any claims arising out of the contents of this article.

Author is a lawyer and RSS swayamsevak.