The covert or blatant interference of the establishment in the civilian realm of governance is a stark reality of Islamabad of which there is no denial.

On July 6, 2018, an accountability court in Islamabad announced a verdict that would be seen as one of the most important and one of the most controversial legal decisions of recent times in a strengthened but still a weak democracy like Pakistan. Nawaz Sharif, the three-time prime minister and the former head of the biggest party of Pakistan, Pakistan Muslim League-Nawaz (PML-N), was awarded a 10-year sentence in the Avenfield properties case "for owning assets beyond known income and 1 year for not cooperating with National Accountability Bureau (NAB)." Maryam Nawaz Sharif, his daughter, and the unofficial next-in-line in the political hierarchy of his party, was given a sentence of seven years on the allegation of "abetment" as she was found by the court to be "instrumental in concealment of the properties of her father" and one year for "non-cooperation with the bureau". As per the court verdict, Maryam "aided, assisted, abetted, attempted and acted in conspiracy with her father... The trust deeds produced by the accused Maryam Nawaz were also found bogus."

Maryam's husband, captain (retd) Mohammad Safdar, has been awarded a one-year jail sentence for his non-cooperation with NAB, and on the allegation of "aiding and abetting Nawaz and Maryam Sharif".

While many anticipated a similar verdict to what is now being hash-tagged as the Avenfield Reference on Twitter, there is also a huge debate that has opened up in the light of the enormity of the verdict. In the turbulent and complicated political history of Pakistan, marked with more than three decades of military rule, dismissal of various civilian governments on one pretext or the other, and disqualification of prime ministers, the questions are many, the concerns are genuine, and the answers are mostly suited to the ideology of whoever the respondent is.

No prime minister in the history of Pakistan has been able to complete his or her full term. The covert or blatant interference, some may label it dominance, of the establishment in the civilian realm of governance is a stark reality of Pakistan of which there is no denial. Judicial overreaching is another reality that while doing a great deal of good to Pakistan is alleged to be instrumental in weakening of one civilian government after the other. There is a systematic weakening of civilian institutions that gnaws at the very foundation of the democratic edifice of Pakistan. All that is there, and then there is the other side. And that is a debate without ifs and buts, just as the existence of forces that do not look very kindly at what is known as civilian hegemony in a democracy. 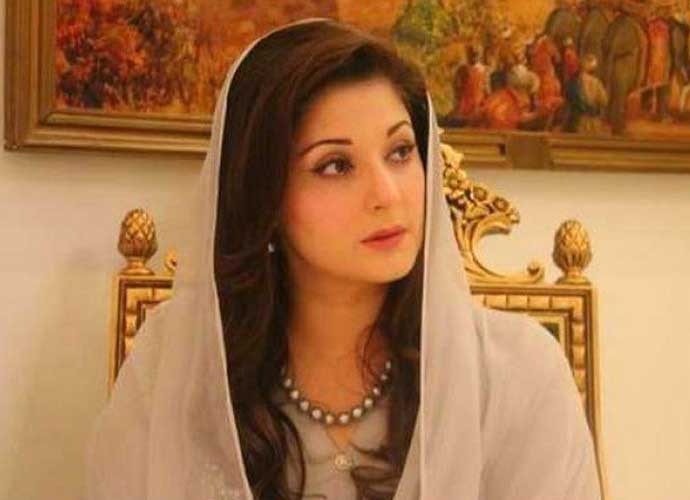 As envisioned by Imran Khan when he founded his movement for accountability, his political party, Pakistan Tehreek-e-Insaaf (PTI), in 1996, the message was simple: accountability of everyone who is in the domain of public service. Khan over the years has stood by his basic ideology, never wavering from his demand to have accountability. In 2018, while PTI is said to be tainted by inclusion of some undesirable "electables" from other parties, damaging the very idea of keeping PTI clean of corruption and other ugly practices, Khan remains steadfastly confident in the example his leadership would set for all who follow, endorse and implement his ideology. Khan may be labelled many things, but his financial integrity remains unquestionable, ascribing to him the unique position to keep his fight going against the allegedly corrupt practices of Nawaz Sharif, his family, and Asif Zardari and his clique of those who allegedly looted the national treasury. On July 6, 2018, Imran Khan stood vindicated.

For an observer of politics like me, a disqualification or a conviction of an elected prime minster who enjoys tremendous public popularity and trust is not an occasion of celebration. On hearing the news of Nawaz Sharif's disqualification on July 28, 2017 over the Panama Papers case, and his sentence on July 6, 2018, in the Avenfield case, I did not feel a surge of elation despite being a voter of his rival party, Imran Khan-led PTI. There is always a feeling of sadness within me when I hear of a prime minister's disqualification, and in the case of Sharif, the double whammy: a jail sentence after the disqualification. And while I categorically do not support removal of any elected leader in any way other than by the power of vote through a proper and timely-held nationwide general election, I, as a patriotic Pakistani, cannot close my eyes from some bitter realities that beset my beloved country at this very critical juncture of its tumultuous journey. The reality saddens me like something bad happening to a loved one.

Will Pervez Musharraf be the next one to face a trial? Now that will be the new Pakistan that is for all.

I find it mind-boggling that one government after the other is accused of financial corruption of unimaginable amounts, leaving the national exchequer of what I call a poor country in such a bad position that all kinds of excuses are found to camouflage the bad that is being done. There is not a single rational Pakistani of any class who is unfamiliar with the practice of accumulation of wealth of the ruling elite of various parties, on national, provincial and district level, while the majority of the people watch their lives remain in a dreary cul-de-sac. As many Pakistanis wait for the basics - clean water, good healthcare, good schooling, cheap but healthy food items, safety of life, a sturdy house, a workable sewerage system, cheap but efficient public transportation and speedy justice - they watch the select few become wealthier. As many Pakistanis worry about feeding their families three times a day, billions are siphoned from the national treasury only to go into unknown accounts in tax-free havens for money launderers and tax-evaders, to acquire properties all over the world, to open shell companies under faux identities, to make a home away from Pakistan.

As many Pakistanis spend their entire lives in areas that are dark, dank and depressing, they see their leaders in mile-long motorcades, attired in the finest of clothes, travelling out of Pakistan for the smallest medical or other issues. (This, by the way, is in no way a criticism of Mrs Kalsoom Nawaz Sharif's cancer treatment in London.) Something's gotta give, and if this Sharif verdict, notwithstanding various reservations about its timing, "intention" and "purpose," opens a new window of transparency and accountability, that is when Pakistan would have a real reason to celebrate. That is when I would know Pakistan of Mohammad Ali Jinnah's vision and Pakistan of dreams of countless Pakistanis have been carved from the debris of the mistakes of the past rulers and past governments - both civilian and military.

Legal accountability of financial corruption is not a tool to legitimise the chant of unfair political victimisation. The modus operandi to start and expedite a trial against a three-time prime minister may have a few loopholes, but the premise is unquestionable: if you cannot provide evidence of your massive wealth, there is something unscrupulous, indefensible, and unsavoury that you are hiding. No more. Whether you are Nawaz Sharif, Pervez Musharraf, Asif Zardari or Imran Khan, if you think you are eligible to rule Pakistan, you will be held accountable for your misdeeds. No ifs and buts.

That day the civilian will triumph.

My new Pakistan would be the one where all who harm my beloved homeland are held accountable. That is the Pakistan I wish for my son, for all our coming generations. And that is when I as a Pakistani would celebrate.

Post your comment
#Maryam Nawaz Sharif, #Pakistan, #Nawaz Sharif
The views and opinions expressed in this article are those of the authors and do not necessarily reflect the official policy or position of DailyO.in or the India Today Group. The writers are solely responsible for any claims arising out of the contents of this article.