JNU protests will fade. The average student will pay with her future

The protests will fade away while the average JNU student will continue to suffer.

Jawaharlal Nehru University (JNU), India’s premier educational institution, once touted as Harvard of the Developing World, is making headlines across the world. The campus has been in a lockdown mode. On Sunday (January 5, 2020) night, nearly everyone I know sat glued watching the fury of violence and mob mania unleash on the campus, in heart of the national capital.

Horrific images of masked goons wielding lathis and charging at students went viral, as the police stood and watched. The reluctance of the police to act, the politics of what makes JNU, the fight between Left and Right have all dominated the national discourse. There is an outpour of sympathy and solidarity from across the country. Bollywood celebrities, college students, activists, and just regular people — all seem to be coming together to stand up for the voice of the students, for democracy and justice. At the time of writing this article, Delhi Police had still not made any substantial progress in its investigation — 48 hours since pictures of the vandals went viral.

But here is another truth.

The headlines and protests will fade away. Some goons will be arrested. Everybody will eventually get back to work. The news and narrative will shift to something else.

But here is one thing that will remain: for an average student of JNU, the next time she or he goes out for a job interview, the prospective employer will wonder if the candidate participated in the protests — if the candidate could be a “potential troublemaker” or “activist type”. Such heavy preconceived notions and bias, because the student will carry the badge of JNU. It was during my conversations with a host of leaders, including economists and industry giants that I realised that while they sympathised with the cause, they were disappointed with how students of a university like JNU could enter the workforce with formidable baggage. Some of them had even taught at JNU as visiting faculty. “Students will have to work harder to impress,” an economist with a global bank opined. 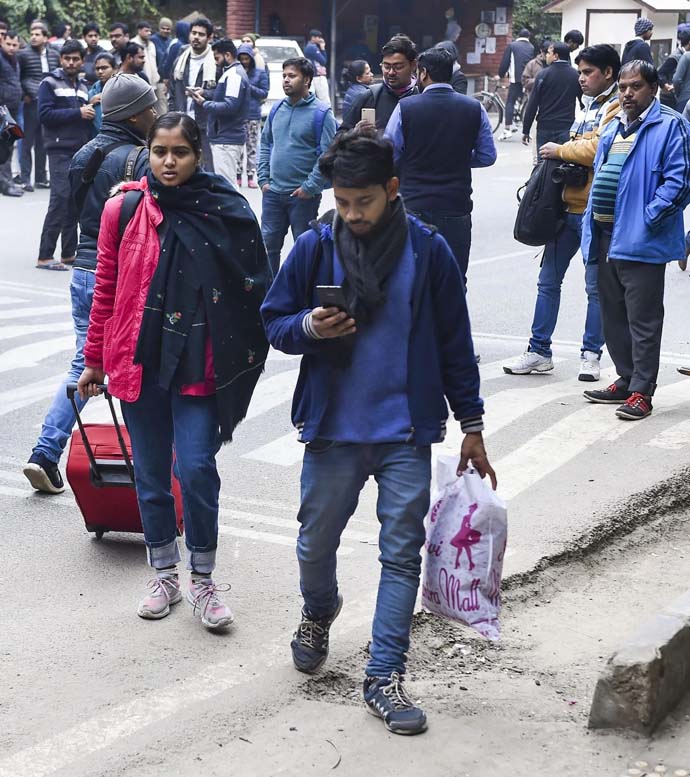 The protests that have rocked the campus in the last few years do not take away the academic brilliance of some of its departments, especially the sciences.

JNU’s research is still one of the best in the country. It was ranked number 3 among all universities of India by the National Institutional Ranking Framework in 2016. It escalated to the second position in 2017. JNU’s science research often gets buried in its vibrant — but also destructive — political culture. JNU scholars have published thousands of research papers in peer-reviewed journals; the university has been granted patents. In 1994, JNU was among the top hundred universities in the world.

But very rarely do we get to admire the brilliance of JNU, as much as we get to witness the spirit of JNU. Five per cent of its students end up dominating the discourse, which is perhaps putting the future of 95 per cent at stake. I heard a student lament on India Today TV on Sunday night that he didn’t join the campus for ‘netagiri’. That he was worried about his year getting wasted, and that he wanted to be out in the job market as soon as possible.

However, considering the controversy around the protests, one doesn’t know whether that student was actually a student. Having said that, it is true and was widely reported that a large number of students wanted to go ahead and register for the next session, irrespective of the proposed fee hike that a section of the students was protesting against.

Kanhaiya Kumar in a riveting speech in the campus on January 7, 2020, spoke about the honour of going to Tihar as a JNU student. Yes, it would help those who want to get into politics. But for the majority of students who would want to pursue other careers, JNU might have just become a holy cow that they will have to explain and decode as they set out into the real world.

#Jnuresearch, #Tukdetukdegang, #Kanhaiyakumar, #Jnuviolence
The views and opinions expressed in this article are those of the authors and do not necessarily reflect the official policy or position of DailyO.in or the India Today Group. The writers are solely responsible for any claims arising out of the contents of this article.