Why Modi 'snub' will help Justin Trudeau back in Canada

The way media played out the alleged slight by India will most likely strengthen the Canadian PM's position and compound Jagmeet Singh's challenge.

Census figures released in 2016 showed their share in the country's population reached its highest level in almost a century. Around 22 per cent of Canadians now report as an immigrant or foreign-born permanent resident.

When Canada counted its 35.2 million people two years ago, immigrants accounted for two-thirds of its growth.

"Deaths will be catching up to the number of births in Canada," a news report quoted Laurent Martel, director of the demography division at Statistics Canada, as having forecast. "Fifty years from now, basically all population growth in Canada will be related to another factor which will be immigration. We know already that natural increase will no longer be a key contributor."

According to official data, as many as 7.7 million Canadians - or over 22 per cent of the population - belong to a visible minority. And South Asians have been identified as the largest bloc in this category - at 25.1 per cent of the total - followed by the Chinese and the black. 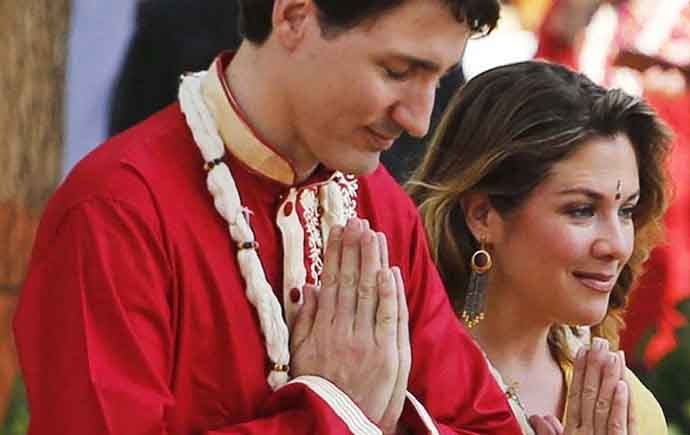 Goes without saying, this immigrant section plays a decisive role in Canadian elections.

In the 2015 federal vote, Justin Trudeau's Liberals won a majority, securing 184 of the total 338 seats. The incumbent Conservatives settled at 99. But the biggest sufferers were the New Democrats (NDP), who lost almost a million votes.

If psephologists are to be believed, the Liberals owed their victory to new voters in 2015.

Fast forward to 2017: Canada witnesses a phenomenon in its lacklustre politics. A dapper, 38-year-old lawyer wearing colourful turbans and a flowing beard emerges as a formidable challenge to prime minister Trudeau.

The day I landed in Toronto in May 2017, a friend drove me to Brampton's Bombay Palace in the evening. It was crowded. Young and middle-aged Canadians of diverse origins had assembled at the venue for Jagmeet Singh to announce his bid for the leadership of the third-largest - but floundering - NDP.

When Singh, a member of Ontario's provincial legislature, arrived at the podium, he stirred the race to lead the New Democrats, Canada's left-leaning political group.

Singh addressed his supporters in fluent French, English and Punjabi.

Three months later, The Washington Post quoted Shachi Kurl, executive director of the Vancouver-based Angus Reid Institute, as noting Singh appealed to many of the same voters who made Trudeau’s victory possible in 2015. "He appeals to a youth demographic, and he appeals to minority communities," Kurl said. "Where Justin Trudeau talks about diversity being our strength, Jagmeet Singh is the embodiment of that. He can almost out-Trudeau Justin Trudeau."

But Singh's momentum seems to have slowed down in months that followed. He appears to be less of a sensation now than when he ran for the party leadership. 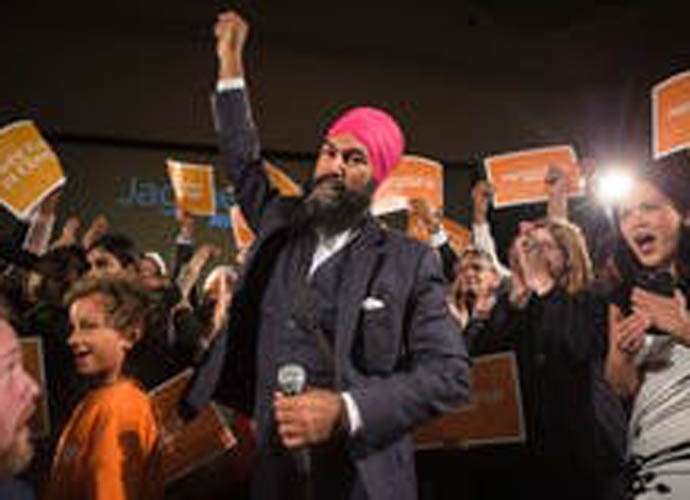 A closer look at how he's trying to woo voters ahead of next year's federal elections might not be inspiring enough for an audience that expects a firm blueprint and not just old rhetoric about improving bankruptcy laws, healthcare, internet access or about climate change and inequality, which he talks about.

Reports suggest he sounds less convincing than he was as a candidate for the top job in the NDP.

The way media, both Indian and Canadian, played out the alleged snub by the Modi administration to the Liberal leader over so-called Khalistani elements will most likely strengthen Trudeau's position among immigrant voters back home.

Google Trudeau with the name of any ethnic community in Canada, you'll find him participating passionately in their activities.

Ordinary readers won't understand protocols wrapped in characteristic MEA jargon. But what they will is that the Canadian prime minister became unpopular in India because he "embraced Khalistanis".

For supporters of the BJP in India, it's Modi's tough "India First" posture. Works for the ruling party, as always.

For immigrant Canadians from across Asia though, it's sympathy for a prime minister who smiles in the face of a so-called snub for supporting groups "ostracised by the mainstream". Not bad either for Trudeau at home.

As of now, this seven-day visit is a win-win for the Canadian leader. His visit to Sikhism's holiest shrine in Amritsar, Sri Darbar Sahib (the Golden Temple), will be another show-stopper, with all ingredients that would appeal to a large number of Asian immigrants, who could have switched loyalty to a brown-skinned Singh in the 2019 vote.

So, if Jagmeet Singh is riding the back of the proverbial NDP camel, Trudeau's India visit has just tested its strength.

Also read: 'I am a feminist': What Canada PM Justin Trudeau says about sexism and people commenting on his hair

#Jagmeet Singh, #Khalistan, #Canada, #Justin Trudeau
The views and opinions expressed in this article are those of the authors and do not necessarily reflect the official policy or position of DailyO.in or the India Today Group. The writers are solely responsible for any claims arising out of the contents of this article.