On May 28, all eyes are on the Kairana Lok Sabha seat in Uttar Pradesh, where the Opposition parties have formed a grand alliance to put up a joint candidate against the BJP. Pushed onto the backfoot after the recent debacle in Karnataka, where it lost out in the face of a post-poll alliance between Congress and JD(S), despite emerging as the single largest party, winning this seat is not just a prestige issue for the BJP.

The results will also have ramifications for the 2019 Lok Sabha polls as Uttar Pradesh sends 80 members to Parliament, the importance of which is not lost on the BJP.

The saffron surge in the 2014 Lok Sabha elections was mainly due to the almost clean sweep of 73 (71 BJP + 2 seats of Apna Dal) out of 80 seats in UP, helped mainly by the Modi wave as well as the polarisation in the aftermath of the Muzaffarnagar riots. 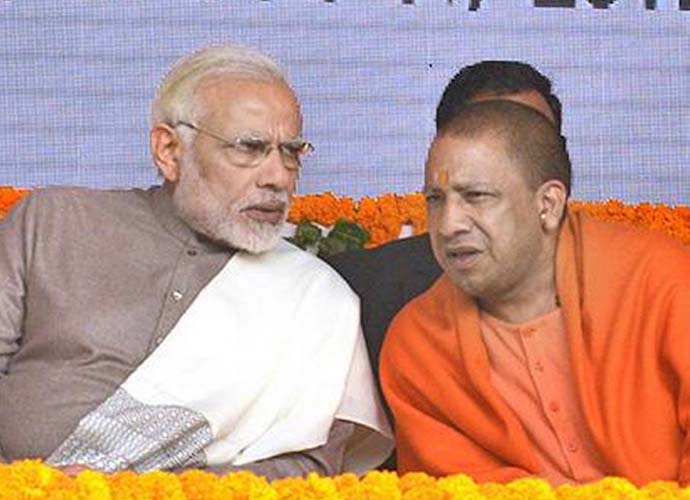 The party was able to consolidate not only its core voter base, but was also successful in poaching the Dalit voter base of Mayawati, whose party scored zero in UP despite getting 20 per cent of the vote share. 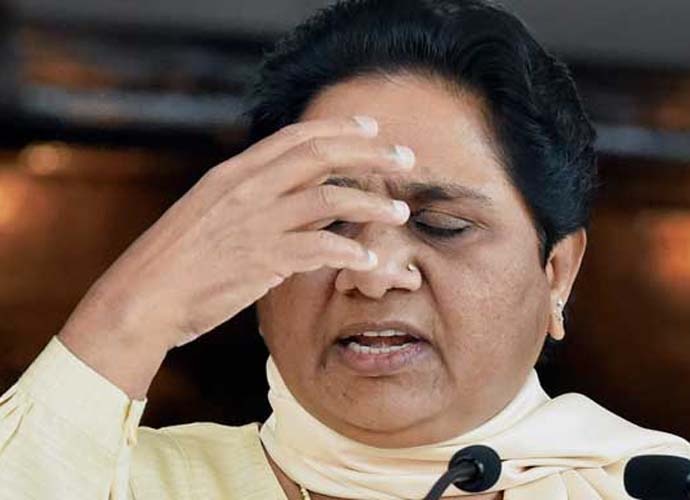 Clean sweep — The BJP was successful in poaching the Dalit votes of the BSP in 2014.

With OBC, Dalit and Muslim votes getting divided among the SP, BSP, Congress and RLD, the BJP had smooth sailing.

Having learnt its lesson, the opposition then decided to come together to take on the BJP. This was evident in the Gorakhpur and Phulpur by-polls, where the BJP lost both the seats vacated by its CM as well as Deputy CM Keshav Prasad Maurya.  Karnataka was a shot in the arm of opposition unity where the post poll alliance was able to successfully ward off BJP's attempts to form the government. The swearing-in ceremony also saw all the Opposition stalwarts share the stage in a show of anti-BJP unity. 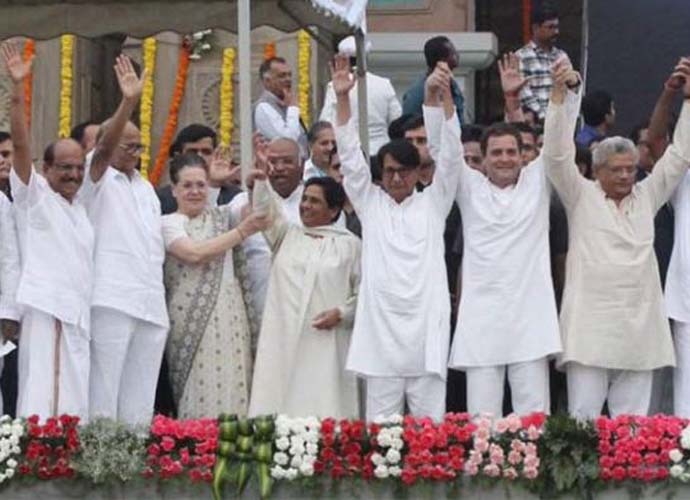 The importance of this election is not lost on any party.

A bypoll in this Lok Sabha seat was necessitated by the death of sitting BJP MP Hukum Singh. In the 2014 general election, Hukum Singh polled 5,65,909 votes to defeat SP candidate Nahid Hasan by a margin of around 2.3 lakh votes. The Modi wave ensured that not only did Hukum Singh win every assembly segment of Kairana, he also polled more votes than the SP, BSP and RLD combined.

Interestingly both the BJP and the opposition candidates are Gujjars. While the BJP has given its ticket to Mriganka Singh, the daughter of late Hukum Singh, to garner sympathy votes, the Opposition has fielded Tabassum Hasan, a Samajwadi Party member, who is fighting on an RLD ticket. The BJP has given its ticket to Mriganka Singh, the daughter of late Hukum Singh.

SP sources say Tabassum was fighting on an RLD ticket to ensure Jat support and prevent BJP from turning it into a Hindu versus Muslim election.

Hukum Singh had previously been defeated by Tabassum Hasan, wife of Munnawar Hasan, a former Samajwadi MP for Kairana in the 2009 general elections, after Munnawar’s untimely death in an accident. Tabassum's son Nahid Hasan is the sitting SP MLA from Kairana. 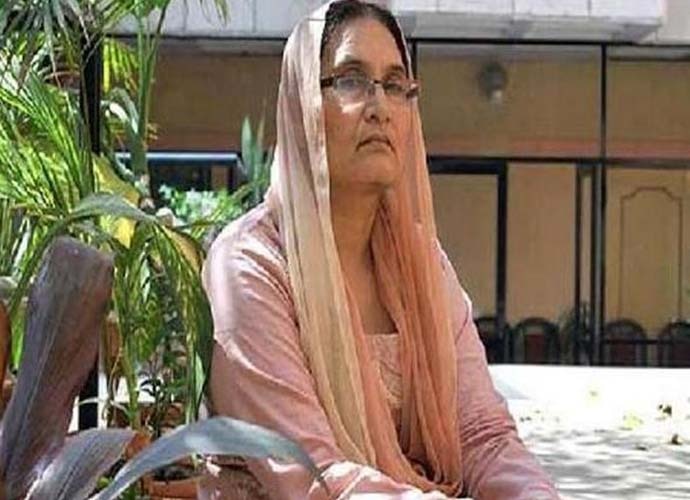 The Opposition has fielded Tabassum Hasan, a Samajwadi Party member, who is fighting on an RLD ticket.

With BJP banking on religious polarisation, the united opposition is betting on a grand coalition of Muslims, Dalits, Jats and OBC votes.

Another obstacle for the grand alliance was the bitter rivalry between Congress's Imran Masood and SP's Nahid Hasan.

Imran belongs to the Sheikh caste, holding sway over Muslim voters in two of Kairana’s Assembly segments – Nakur and Gangoh – which fall within Saharanpur district. For the SP and the RLD, the Congress strongman is an indispensibly valuable asset.

In 2017, when Imran was the Congress candidate from Nakur Assembly seat, Nahid had allegedly asked his supporters to sabotage his chances in the election. This helped the BJP’s Dharam Singh Saini win.

Mediation from members of the community as well as pressure from the Congress and SP high command ensured the feud was forgotten.

The BJP was also betting on the sizable Muslim votes getting bifurcated between Tabassum, the opposition candidate and Kanwar Hasan, who was fighting an a Lok Dal ticket. But this hope proved shortlived as back channel talks bore fruit and Kanwar Hasan withdrew from the race and formally joined the RLD.

The BJP is faced with a serious challenge in the region. With the opposition making the outstanding dues of sugarcane farmers its main poll issue, the BJP is at pains trying to pacify its voters. The area represents the sugar belt where most people depend on the crop.

The sugarcane farmers are up in arms that their dues have not been paid by the sugar mills. According to reports, farmers sold cane worth Rs 29,822 crore to sugar mills and received Rs 19,707 crore in the state during the sugarcane season 2017-18. The mill owners owe 44 per cent of the total sale to farmers — which roughly amounts to Rs 10,000 crore. In a last attempt to save face, the Uttar Pradesh government announced on Wednesday (May 23) that an amount of Rs 73 crore would be released in a day or two. The sugarcane farmers are up in arms.

With numbers stacked against it, the BJP has gone into damage control mode. It raked up the issue of Mohammad Ali Jinnah's portrait in the Aligarh Muslim University campus but did not find many takers. The issue peaked and died down within a few days.

But UP CM Yogi Adityanath does not fail to bring it up in his poll speeches.

Another attempt to polarise by the BJP is the constant reference to the now debunked theory of the “mass Hindu exodus from Kairana” that was originally floated by the late Hukum Singh - but later found to be false. The UP CM also promises his Hindutva supporters that Kanwariyas would be allowed to play DJs and would be provided state security.

The coming together of bitter rivals SP and BSP could be a game changer for UP politics.

The results of Kairana will send a signal about the effectiveness of opposition unity against Modi. If the opposition does succeed and win the seat, it would have proven that the alliance was successful in transferring their core voter base to the opposition candidate.

With Uttar Pradesh electing 80 of the 543 members in the Lok Sabha, this would severely dent BJP prospects in the 2019 Lok Sabha polls.

An opposition win would also act as a rallying cry for opposition parties in other states that are reeling under the effects of the Modi sweep - they too would not be averse to coming together to stave off the BJP behemoth.

This would also send a major signal to BJP's allies, some of whom have recently started complaining of the ruling party's high handedness. The party ally in Maharashtra, Shiv Sena, is already making noises and is fighting the Palghar bypoll against the BJP (May 28) with whom it is in power in the state. This is the first time that the Shiv Sena is fighting an election against the BJP.

The erstwhile cockiness of the ruling party seems to have disappeared and the party has realised the virtues of coalition dharma, albeit late. BJP president Amit Shah is already in damage control mode. In a recent press conference, he said, "I repeat this, that we want Shiv Sena and BJP to fight together in 2019 elections.” The BJP President said, "You should ask them" when asked why Shiv Sena doesn't want to fight together and adds that still they are together in both the centre and Maharashtra governments. "The TDP left but Nitish Ji came. 11 more parties became part of NDA after 2014. Family of NDA has increased, not decreased. Only Chandrababu Ji (Andhra Pradesh CM) left." A loss for the BJP might give more negotiating room for allies and create a bigger headache for the BJP.

With polling still to happen and the results awaited, one thing is certain — the road to 2019 will not be a cake walk for Modi's BJP. And this road passes through Kairana.