As Kamal Haasan launches party, this is what his home town Paramakudi expects from him

Seventy-six km from Madurai, on the banks of the now dry Vaigai, is a small town Paramakudi with a population of less than 1 lakh (95,579, to be precise, according to Census 2011). The sleepy town boasts of an impressive sex ratio as well as literacy rate. However, it's not known for these reasons but for one man – Kamal Haasan.

Even though Haasan has spent very few years in Paramakudi, the impact that his family has had on the lives of the people here is immense.

The Thamilarasu family couldn't be happier to be in the spotlight even as their hero is set to launch his political party in Madurai later today (February 21).

The family maintains the house like a shrine and have tried to keep important features of the house unchanged - for instance, the entrance door as carved by Haasan’s father D Srinivasa Iyengar, a painting by elder sister Nalini. “We didn’t want to change anything in the house, but some of them were too old and had to be replaced,” said Reeta, Thamilarasu’s wife. 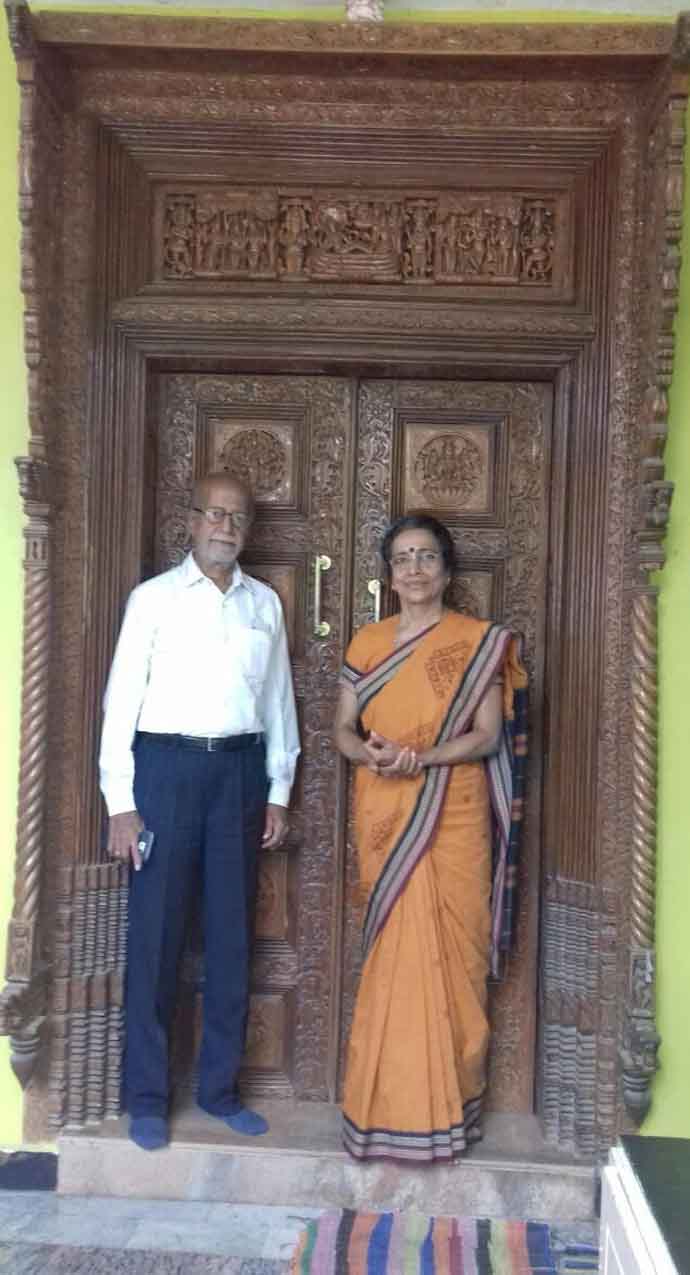 As visitors and fans come knocking on their door to see the house where Kamal Haasan once lived, the Thamilarasu family is more than happy to oblige them. “So many visitors come here, even tourists from Singapore and Malaysia. All his fans can't get enough of the place. Some touch the door, feel the walls, and even kiss the floor, as if it's a temple. It fills the heart with so much joy to see their love and devotion for Kamal sir.” The family’s allegiance towards Haasan knows no bounds. Thamilarasu, who was earlier an active member of Kamal Haasan Fans' Association, once had to spend a day in jail "fighting" for a Haasan’s film. He, however, describes the incident as one of the greatest achievements of his life.

What's more, until 2014, the electricity bill for Thamilarasu's house used to come in the name of Haasan’s father. Thamilarasu couldn't muster the "impertinence" to get the name changed.

Recollecting a tough phase in Haasan’s life and how he was able to do his bit, Thamilarasu says: “After the Vishwaroopam controversy, Kamal sir had announced that he would leave the country. That time I sent him my house key and said the house still belongs to him. He  doesn't have to go anywhere. I requested him to come back here. Kamal sir still has a key to the house. He  even thanked me in his article in Vikatan.”

The sleepy town of Paramakudi not just has "the honour of hosting" the actor's ancestral house, but the people here also take immense pride in a primary school that was built by Haasan in his father's memory. While the people of Paramakudi have always loved the well-natured Srinivasa Iyengar and his son Kamal, who put the small town in the world map because of his cinematic skills, the locals here including close family friend advocate G Gopal are confident of his success in politics as well.

“I'm sure he must have taken this decision long back and is the right person to join politics. Paramakudi will support him whole-heartedly."

Despite caste considerations in Tamil Nadu politics, like everywhere else across the country, Paramakudi residents feel the people across the state will embrace their reel hero in their real lives too with open arms. "Caste and community don't matter… Jayalalithaa was from a minority community. Most Tamil Nadu CMs were from minority community just like Kamal Haasan," says another confident Hassan fan.

Meanwhile, Thamilarasu has a lot on his mind. He is even ready to quit his government job to go and help out his idol. “If Kamal sir asks me, I will quit my job and join him,” he says even as wife Reeta nods understandably.

Kamal Haasan has a huge fan base that has been converted into a welfare association. It is known for carrying out various social welfare measures. The association is now working hard on a membership drive to enrol at least one lakh members before the actor enters electoral politics.

While there is no dearth of fans, the question is whether the love of his "devotees" will make him a superstar in Tamil Nadu politics too.