The implications of the BJP's embarrassing defeat in Karnataka will be enormous in national politics.

Before 4.06pm today, the joke going around on social media was that Delhi was the only state where the BJP failed to form a government despite having three MLAs. But the narrative changed at 4.06pm when BJP’s BS Yeddyurappa resigned as Karnataka chief minister ahead of the floor test despite having 104 MLAs, just short of seven for a clear majority.

The implications of the BJP's embarrassing defeat in the Karnataka political drama, which incidentally is far from over just as yet, will be enormous in national politics. Yes, the mighty BJP has been made to eat crow and brought to its knees in Karnataka in a rare downslide for the charismatic Narendra Modi-Amit Shah combine. Yes, the Rahul Gandhi-led Congress has just witnessed an equally rare moment of glory. However, the Congress would be vainly stupid to believe that its “achhe din" have finally arrived. 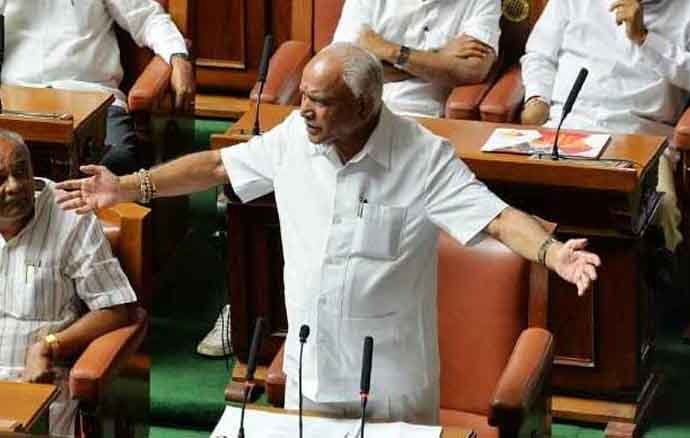 Game over in Karnataka

The Opposition parties would do well to put a brake on their celebrations and focus on the job ahead, both at state levels and nationally. The Opposition-versus-BJP contest still continues to be a David-versus-Goliath fight and the BJP still remains mightier than the entire opposition put together.

The political drama in Karnataka isn't over yet and isn't going to be over anytime soon. Before we further discuss the implications of Karnataka, let's first have a sneak peek into possible political scenario that would be unfolding in coming days and weeks.

One doesn't know for sure as yet whether there was method in the BJP’s madness and whether it deliberately inflicted a self-goal to get rid of the scam-tainted 75-year-old Yeddyurappa.

Modi and Shah are the best poll warriors that India has ever seen. It will be a bit too much to presume that they were too naive not to see the writing on the wall, given the conduct of the more-loyal-than-the-king governor Vajubhai Vala, the active involvement of the Supreme Court (which wasn't unexpected) and the fact that many voices within the BJP and the RSS were against BJP trying to form government in Karnataka at the expense of its image.

It is not for nothing that Modi and Shah kept away from Yeddyurappa’s swearing-in and ensured that no BJP chief minister or central leader attended the ceremony. It will be indeed too much to presume that wily politicians like Modi and Shah would have missed the point that even if the BJP were to win the floor test in Karnataka, it will prove to be a pyrrhic victory and would come with unacceptable collateral damage at a time when general elections are less than a year away.

So, why then the BJP travelled all this distance in the first place? Was it to make Yeddyurappa the scapegoat? It may well be so. Now, the BJP has finally got rid of the albatross round its neck. Now the BJP can bring a new leader in Karnataka, not only to lead the party's struggle at the state level in coming weeks and months but also aim at winning maximum number of seats from Karnataka in the upcoming Lok Sabha elections.

Karnataka has 28 seats in the Lok Sabha. By this logic, it's Yeddyurappa who has been naïve, perhaps not the BJP. The road ahead for the Congress-JD(S) combine is still full of pot holes. They must not forget that whatever the BJP was expected to do but couldn't do because the Supreme Court substantially curtailed the generous 15-day period given by Governor Vala to Yeddyurappa to prove his majority, will still be done by the BJP. And this time it will be a torpedo-like attack and the Supreme Court is no longer keeping vigil.

In a nutshell, it will be quite an uphill task for the Congress-JD(S) government to prove its majority. The resort politics may get over after the swearing in of the Congress-JD(S) government, but the two parties will still find it very difficult to keep their flock together. They have, after all, won a small battle today. The war is still to be won. They will have to prove their majority on the floor of the house. They would better remember Yeddyurappa’s parting remarks in the state Assembly today before he proceeded to the Raj Bhavan to tender his resignation.

This is what Yeddyurappa said to JD(S) leader and prospective chief minister HD Kumaraswamy: "Dear Kumaraswamy, I am a fighter and I will fight till my last breath." The three-day chief minister Yeddyurappa won't forget his ignominy and the fact that he has broken his own dubious record of having been a seven-day CM earlier.

The stock of Congress president Rahul Gandhi will inevitably go up now. This will be the first state, and a major one, where the Congress will be in power since he took over presidency of his party. Of course, it's a subdued victory as the Congress ruled Karnataka all by itself for the past five years whereas now it will be a second fiddle to much smaller JD(S) with chief ministership going to the JD(S).

The biggest task for Rahul Gandhi in Karnataka will be two-fold: first to see to it that the Congress-JD(S) government proves majority on the floor of the house and then to ensure that this coalition government continues and the Congress-JDS alliance doesn't wobble till the next general elections. Both are quite a tall order.

The biggest credit that even the worst critics of Rahul Gandhi must give to him is that he has reinvented the grand old party and injected a new hope and vigour into the party which has been lying moribund for years.

The alacrity with which the Congress has acted in foreseeing challenges and coming up with out-of-the-box solutions has been amazing in the Karnataka episode. One hasn't seen this kind of fast decision-making from the Congress for decades. Don't forget that the masterstroke that pushed the BJP to the wall and rendered the BJP's position hopeless even after winning 104 seats from 222 contested seats was the Congress written offer to the JD-S for chief ministership hours before the complete results came in. The BJP could have never outmatched this offer.

Then the next masterstroke was when the Congress reached the Supreme Court immediately after the governor invited Yeddyurappa to take oath and form government. The Congress petition was ready from the day of the counting of votes.

All this shows that the Congress is no longer a laidback party it has been for so many years, particularly last four years, and would no longer allow the repeat of what happened in Goa, Manipur and Meghalaya where the BJP stole the Congress thunder and managed to form government in all three states despite the Congress emerging as the single largest party. This time the Congress turned the tables on the BJP and exacted a fulsome revenge.

All this wouldn't have been possible without a quick thinking central leadership. Full marks go to Rahul Gandhi on this count. However, as I cautioned earlier, the Congress should not underestimate the BJP. The Narendra Modi-led BJP still continues to be way ahead of all other parties in terms of the all-important public perception index.

#BJP, #Congress-jds, #Karnataka Assembly polls, #Yeddyurappa resigns
The views and opinions expressed in this article are those of the authors and do not necessarily reflect the official policy or position of DailyO.in or the India Today Group. The writers are solely responsible for any claims arising out of the contents of this article.