Why there's such a nataka in Karnakata: The roles and reasons politicians are playing in the theatre of the state

With over a dozen legislators now resigning from the state Congress, Karnataka is in political crisis. But the drama has been on for a while. Its likely end is equally dramatic.

Karnataka has been stumbling from one political crisis to another ever since the 2018 Assembly elections produced a verdict in which no single party got a clear majority.

The inability of the short-lived BJP government to prove its majority paved the way for the Congress-JDS to form an alliance and come to power under the leadership of HD Kumaraswamy. From the day Kumaraswamy was sworn in, the coalition government faced challenges on multiple fronts. The alliance partners have had a range of differences, there have been internal contradictions with the two parties in the coalition as well as serious personal differences between the leaders.

While many would argue that the greatest challenge facing the coalition has been its inability to accommodate the expectations of its legislators for ministerial berths, this is just the symptom of a much deeper malaise. United, we fall? The Karnataka alliance has seen only friction, and little friendship. (Photo: ANI)

The coalition came to power on a strongly negative glue — to keep the BJP out of power.

Further, the junior partner in the coalition, (JDS), was given the Chief Minster's chair. This created immense heartburn in the larger party in the coalition, the Congress. Its leader and former Chief Minister Siddaramaiah had cut his political teeth in the JDS and had later moved to the Congress. There was a history of bitterness between Siddaramaiah and the Deve Gowda family. Under the new coalition, they were required to bury their differences and work together.

This by itself was a huge challenge.

After the Congress faced a defeat in the 2018 Assembly poll, the party saw the emergence of a leadership tussle in the state unit of the party — and open factionalism.

Each prominent leader in the Congress saw an opportunity to emerge as a key player and made every effort to strengthen his base and undercut his opponents. While former Chief Minister Siddaramaiah had a strong following in the Congress Legislature Party, he also had his opponents who felt that they were sidelined by him and denied a place in the new coalition government. Deputy Chief Minister Parameshwara saw the chance to assert his presence and emerge as the party leader at the state level — as did the new KPCC President Dinesh Gundu Rao. D.K.Shiva Kumar continued to be the 'trouble shooter' for the party and asserted his presence at regular intervals.

Factions within the party revolved around these different leaders — and each faction revelled in taking political potshots at the other. 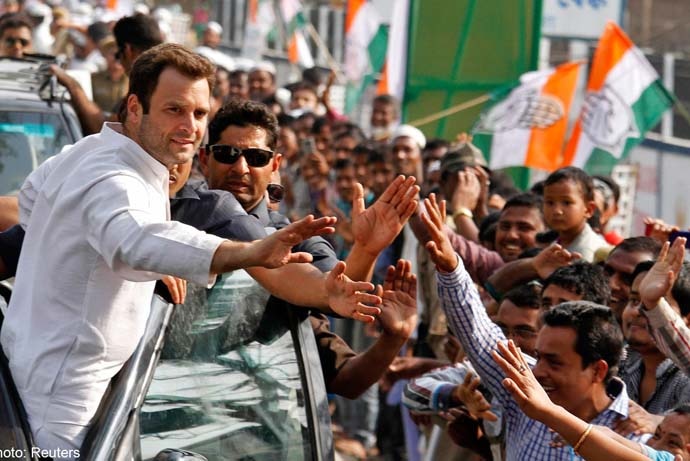 His own drama: The brewing crisis in Karnataka needed strong central attention. It didn't get it. (Photo: Reuters)

Much of the factionalism in the Congress expressed itself as unhappiness at not being accommodated in the council of ministers.

The latest spate of resignations of legislators is a logical step forward of these developments.

With the crushing defeat of the coalition in the Lok Sabha elections, it should have led the leadership to immediately wake up and take action. However, a mutual blame game commenced with each of the coalition partners blaming the other for the defeat. The Congress additionally was caught up in a leadership crisis at the national level, which prevented it from focusing attention on the developments in the state unit of the party.

The crisis which now faces the Congress in particular and the coalition in general was clearly seen coming — but it did not get the attention it deserved from the party's national leadership.

The fact that over a dozen legislators have submitted their resignations and many more are likely to follow suit clearly pushes the coalition to the brink of disaster — and the fall of the government seems imminent. At this stage, valiant attempts are being made for an 'emergency surgery'. It must be remembered that any surgery can be meaningful if the 'patient' has the will and capacity to survive. It is difficult to see the MLAs withdraw their resignations. Even if they do, on the promise of some of them being made ministers, would it not open the flood gates for a new set of legislators to threaten to resign on not being accommodated?

The coalition government would continue to be on 'ventilator'. Similarly, a Chief Minister change would not address the root of the problem. The intense factionalism seen in the Congress on the one hand, and the constant pin pricks between the coalition partners on the other, will rear its ugly head in another form sooner or later. 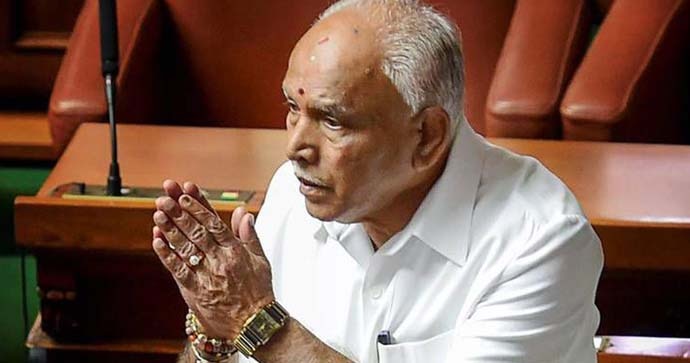 Will he? Won't he? BS Yedyurappa may not claim a stake to form a government. (Photo: ANI)

What is likely to happen if the alliance government is defeated on the floor of the House and is forced to resign? The BJP leader, BS Yedyurappa, has said that they are no 'hermits' not to want to come to power. The BJP central leadership would need to take a call on whether they would like to form a government in Karnataka, depending on the defectors. Would the party want to take the risk of allowing its government to be at the mercy of those resigning? What if the by-election results are not in their favour?

Given the victory that the BJP had won nationally, they may well want the state to be under a short spell of President’s Rule.

The national leadership of the BJP may be keen to see the end of the Kumaraswamy government — but may not be too keen to come to power with the present composition of the legislature. A brief spell of President's Rule could pave the way for fresh elections in which the BJP could well have a decisive advantage.

Yet, politics has its strange ways and we could see many an unanticipated twist and unexpected turn.

Karnataka is clearly passing through a phase of political turbulence and uncertainty — with no clarity on the road ahead.

#Kumaraswamy, #Siddarmaiah, #B s yedyurappa, #Karnataka crisis
The views and opinions expressed in this article are those of the authors and do not necessarily reflect the official policy or position of DailyO.in or the India Today Group. The writers are solely responsible for any claims arising out of the contents of this article.

He is a political scientist who is the Pro Vice Chancellor of the Jain University.