Keeping up with Karnataka: Why the people of the state deserve better than 'rebels' and 'turncoats'

The Supreme Court has ruled on the fate of the rebel Karnataka MLAs, empowering Speaker KR Ramesh Kumar to decide on the resignations of the legislators.

Karnataka Chief Minister, HD Kumaraswamy, through his counsel Rajeev Dhavan, has already pitched against an adverse judgement by claiming that the Supreme Court has “no jurisdiction to pass the two interim orders” allowing the Karnataka Assembly Speaker to determine which MLA resignations are valid and which ones ought to be disqualified. Pleading before a bench headed by Chief Justice Ranjan Gogoi, Dhavan argued that the Assembly Speaker cannot be ordered to give a time-bound decision in the above matter when the resignation process is itself “not in order”.

On the other hand, Mukul Rohatgi, senior advocate appearing on behalf of the 15 breakaway MLAs, asserted that his clients did not wish “to defect”, but instead wanted to “just resign and go back to the public”. Given that the ruling coalition had lost its majority, Rohatgi accused the Speaker of trying to “prop up a minority government”. When an elected member of the Assembly was resigning voluntarily, there was no question or cause for anyone “to go into my mind or my heart,” he added.

According to him, the Speaker was bound by the Constitution to act on the resignations immediately. But, as the drama has unfolded before our eyes, and drawing from similar instances of splinter groups or defectors in the past, it is difficult to believe that all these resignations are politically innocent or unmotivated. No wonder, Kumaraswamy, through Dhavan, alleged in court, that the rebel MLAs “were hunting in a pack to destabilise his government.” Therefore, the court ought not to have “entertained their petitions”. Kumaraswamy has alluded that all these resignations are not politically innocent or unmotivated. (Photo: Reuters)

The fact is that no one in this matter can be said to be disinterested or unbiased. The Karnataka conundrum is clearly an instance of political gymnastics if not pugilism. In the 2018 Assembly elections, the Congress-JD (S) alliance secured only a slim lead over BJP. After their rout in the Lok Sabha polls in May this year, it was only a matter of time before their unstable, some would even say, unholy, union fell apart. Kumaraswamy himself has not been shy of expressing his frequent frustration and just slightly less frequent anguish, not only in private but also in public.

Held hostage by the superior Congress numbers and clout, Kumaraswamy was little more than a puppet or dummy CM. Was that one reason he didn’t bother to run the state from the CM’s official chambers, preferring the privacy and remoteness of Taj West End hotel instead? The official reason trotted out was “Vastu” but there is something rather disconcerting, not to mention destabilising about the CM of an important state in the country functioning out of a hotel suite. The stars of the Karnataka crisis: Rebel MLAs met the Speaker to submit their resignations again. (Photo: India Today)

Whatever the Supreme Court decides, the best thing that the BJP, as a principal rival contender in the game of thrones could do in the present Karnataka crisis is to keep a low profile. No point intervening too obviously or overtly.

Keeping out of the news or — more accurately speaking — keeping whatever is happening behind the scenes strictly under wraps, suits their interests the best. That is because the gaddi in Bengaluru is not worth getting if the mandate is not clear or if the resultant infighting damages the image of the party too much. The hard reality is that the rebels will not be well-regarded by the public, however honourable they may pretend, or however principled they may project themselves to be. They were voted as representatives of one party, which they now wish to abandon. The people will see this as a betrayal, however extenuating the circumstances.

Admitting them into the BJP fold will not be without serious repercussions, including the infighting that has already broken out over the possible spoils of office. The rebels will definitely demand, and possibly get, their pounds of flesh for bringing down the present government. The people are watching them, as well as those who welcome them, whether with open arms or reluctantly. Perhaps, the better option would be to go back to the hustings for a fresh and clear mandate, with a much younger and cleaner leadership than three-times CM — and possibly in-waiting — BS Yeddyurappa. 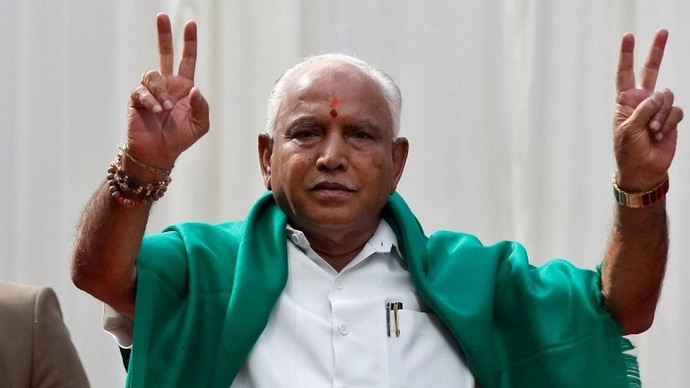 Whatever the outcome of the uncertainty in the state, one thing is clear — a weak BJP government, propped up by defectors or turncoats, will hardly be very much better than the present pathetic, fragile and failing coalition.

The people of Karnataka certainly deserve better. The state has had a leadership deficit for as long as four decades. Not just corruption, but inefficiency is the order of the day. Such poor governance for such a long time can only result in the demoralisation of the citizens and breakdown in administration. To stem the rot, the present crisis should be resolved at the earliest. If necessary, Karnataka should have a clean slate, an opportunity to rewrite its destiny afresh.