The opening of the corridor has a religious dimension to it. It has nothing to do with India's foreign policy with Pakistan.

Pakistan has been complicit with the Khalistani movement since the mid-1980s. If it has not exceeded certain bounds, it is because of the possibility of India’s retaliation in Baluchistan. Pakistan believes in exploiting the many political and religious fault-lines in India to weaken it from within. But Pakistan has similar fault-lines — provincial, ethnic and sectarian, which too can be capitalised on by India in return. Punjab as a border state has to be handled politically with great sensitivity. Akali politics, deeply influenced by Sikh religious bodies, makes the management of Sikh politics from the national perspective particularly complex. The Kartarpur corridor proposal is a ploy to unbalance India’s tough position on the resumption of dialogue. (Photo: Twitter)

Pakistan is seeking to separate its policy of supporting terrorism in J&K — an option it wants to keep — from a calculated step to claim readiness to engage with India positively on other fronts.

The Kartarpur corridor proposal is a ploy to unbalance India’s tough position on the resumption of dialogue and exploit Sikh religious sentiment to that end. If Pakistan wants to mend fences with India, it should make a gesture that is persuasive. Why not take credible action against Masood Azhar? (Photo: PTI)

On the 10th anniversary of the Mumbai terrorist attacks, it could take credible action against Hafiz Saeed and Masood Azhar to atone for the Mumbai and Pathankot terrorist attacks, rather than play with religion-infused Sikh politics by the luring proposal of the corridor to Kartarpur — one that is bound to be widely welcomed by the Sikh community and simultaneously create a political problem for the central government, which will have to balance the compulsion of being responsive to Sikh religious sentiments and steadfastness in demanding that Pakistan cease its terrorist activities against India for any real engagement to occur.

Maintaining communal stability in Punjab at a time when Khalistani activists in Canada and the UK in particular are active in promoting secessionist sentiments in the state is a priority for the central government.

I thank HE Makhdoom Shah Mahmood Qureshi Foreign Minister of Pakistan for inviting me to attend the groundbreaking ceremony of the Kartarpur Sahib corridor on the Pakistan side of the International boundary on 28 November 2018. /1

Since I am unable to travel to Kartarpur Sahib on the scheduled date, Government of India will be represented by my esteemed colleagues Mrs.Harsimrat Kaur Badal and Mr.H.S.Puri. /2

We hope that the Government of Pakistan will expedite construction of the corridor in order to ensure that our citizens can pay their respects at the Gurudwara Kartarpur Sahib using the corridor as soon as possible. /3

Added to that is competitive electoral politics in Punjab between the Congress party and the Akali-BJP combine, which explains why the Modi government has thrown its full weight behind the opening of the Kartarpur corridor with the Vice President and the Chief Minister of Punjab performing the groundbreaking ceremony for building it on November 26. 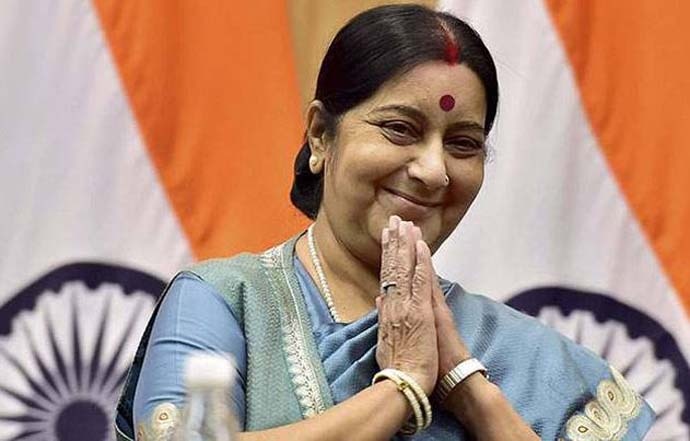 The corridor is relevant in Sikh politics, not in foreign policy. (Photo: India Today)

Pakistan has tried to squeeze further political advantage from the proposal through its foreign minister inviting Sushma Swaraj to Kartarpur on November 28 and through this guileful move — prod India into a dialogue process on its own terms.

The external affairs minister has wisely decided not to accept the invitation and by sending two Sikh political representatives instead, confined the corridor to its religious dimension and Sikh politics, and not the foreign policy.

The optics of the whole affair have, however, an unfortunate aspect because of the date chosen for the ceremony. If the Pakistani proposal was a genuine groundbreaking move to break the logjam in India-Pakistan relations, it needed to be accompanied with a tangible step, signalling a durable change in Pakistan’s approach to jihadi terrorism against India.

In that case, the corridor ceremony on 26/11 might have some justification.

Otherwise, all it does is to draw attention away from the dreadful terrorist attacks in Mumbai on that date and convey symbolically to Pakistan that 26/11 is no longer a core issue on which Pakistan must seek redemption, if it wants to seriously move towards normalisation of bilateral ties.

The choice of the date is awkward also because of the shadow of Khalistani extremism on the Sikh jatha that travelled to Gurdwaras Nankana Sahib and Sachcha Sahib on November 22, when Indian diplomats that had gone there to discharge their consular responsibilities were denied entry by a known Khalistani activist, with the connivance of the Pakistani authorities. 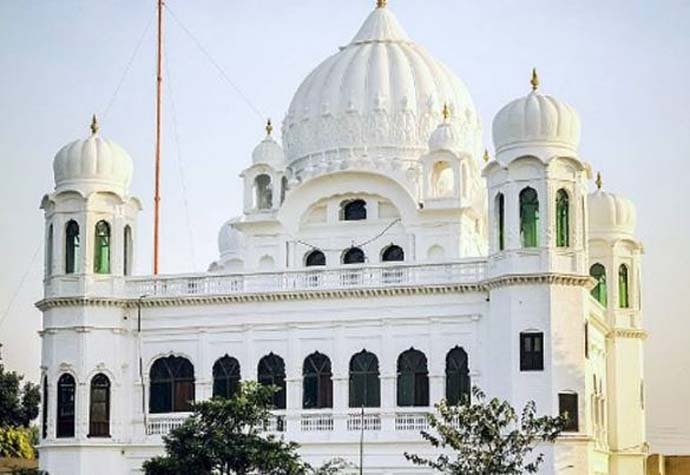 The Pakistani foreign office has conveniently washed its hands off the pro-Khalistan posters displayed inside the Nankana Sahib Gurdwara by declaring that the administrative control of the Sikh holy places is with the Sikh community and that Pakistan does not interfere in their internal matters.

Pakistan obviously believes also that it has no responsibility for terrorist conspiracies against India hatched at Hafiz Saeed’s seat at Muridke as it does not interfere in the organisation’s internal matters.

As further evidence of Pakistan’s doublespeak, Pakistan gave visas to the pro-Khalistani 'Sikhs for Justice' that had announced that hundreds of extremists from North America, Europe and the UK had reached Pakistan to coordinate the campaign for a referendum for Punjab’s 'independence' from India.

Too much has been read by lobbies in India, wedded to a dialogue with Pakistan come what may, into Prime Minister Modi’s reference to the Berlin wall in the context of the Kartarpur corridor.

He simply said that no one had imagined that the Berlin wall can fall and that perhaps with the blessings of Guru Nanak, the Kartarpur corridor apart, people can be brought together.

These were words befitting the occasion, nothing more. The political compulsions behind backing the corridor in full awareness of the cunning Pakistani calculations behind it are apparent to policy makers. The reference to the Berlin wall could well mean that just as it was a logical consequence of political reform and glasnost within the Communist Party that led to the collapse of the Soviet Union, and the emergence of a renewed Russia, such a process of change within the Pakistani establishment could well be hoped for.

Also Read: Kartarpur Corridor: Amid high drama, security concerns, what the project can mean for India

#External affairs, #Sikhs, #India pakistan border, #Kartarpur corridor
The views and opinions expressed in this article are those of the authors and do not necessarily reflect the official policy or position of DailyO.in or the India Today Group. The writers are solely responsible for any claims arising out of the contents of this article.