It has been made amply clear that 'security forces reserve the right to retaliate, if attacked'.

Union home minister Rajnath Singh called up J&K chief minister Mehbooba Mufti and conveyed the government decision. Visibly happy with this move, the CM hoped positive response from Pakistan. Mention of Pakistan while praising PM Narendra Modi by the chief minister for this initiative, implies that J&K leaders continue to be wary about the terrorists from across the border trying to vitiate the atmosphere as that does not suit their agenda of seeing full-time peace prevailing in the Valley as also cessation of any hostility. 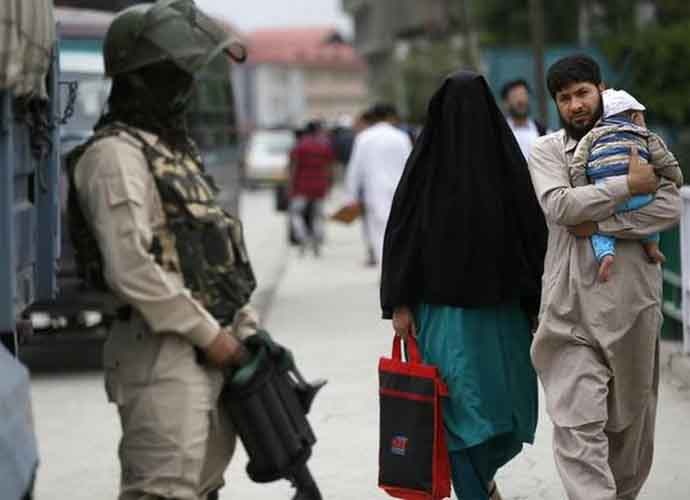 This peace initiative assumes enormous significance in the light of the prime minister’s impending visit to Srinagar on May 19 and that too coinciding with the ongoing Ramzan. CM Mehbooba Mufti has expressed her gratitude to PM Modi for taking personal interest in notifying the ceasefire which is intended to signal the Kashmiris that the government really means well to implement peace process in letter and spirit.

Earlier, at the behest of Mehbooba Mufti, almost all leaders and political parties in the state had met and wanted the central government to announce the ceasefire which the government obliged raising hopes of creation of a conducive atmosphere as part of the confidence building measures (CBMs), which could subsequently pave the way for negotiations.

Meanwhile, according to separatist leader Mirwaiz Umar Farooq, his immediate separatist colleagues Syed Ali Shah Geelani and Yasin Malik are expected to meet shortly and react on the announcement. This is obviously a ploy to gain time and consult their mentors and handlers in Pakistan for the next roadmap to be followed in view of this bold stand by the Indian government.

In another move, terror outfit Lashkar-e-Taiba has outrightly rejected the ceasefire, describing the move as nothing but a drama. It has also avowed to fight until the last drop of blood. Such belligerent statements from the Lashkar and its ilk are not altogether surprising as they are hell-bent on derailing any peace initiative that the government tries to usher in.

Such negativities and threat notwithstanding, the Indian government to its credit is making this move amid likely criticism by anti-peace forces from within who are demonstratively against any peace move.

Last time such a unilateral initiative was taken during the premiership of Atal Bihari Vajpayee during the Ramzan in 2000.

As far as the Indian armed forces are concerned, Army chief General Bipin Rawat was taken into confidence before this significant decision was arrived at. Similarly, defence minister Nirmala Sitharaman was also on board as well as other functionaries and offices relevant to the ceasefire. It is, therefore, seen as a well-coordinated action by the government, working in perfect concert, taking everyone along. Hence it’s not hasty and preliminary responses to the initiative are expected to be noticed during PM Modi’s visit to J&K in a couple of days.

Also, all possibilities and consequences have been taken into account keeping in mind possible violent reaction by the terror forces to spoil the very spirit of festivity to discredit New Delhi and Mehbooba Mufti government in an attempt to wean away the pacifist elements from government proximity.

Regarding the exigency plan on part of the Indian security forces, it has been made amply clear that "security forces reserve the right to retaliate if attacked".

The government has also appealed to all quarters to cooperate in this initiative and what it said to help the Muslim brothers and sisters to observe Ramzan peacefully and without any difficulties. The government notification has also added rather candidly that it is important to isolate the forces that bring a bad name to Islam by resorting to mindless violence and terror.

Former J&K CM Omar Abdullah, in the meantime, has said that if the militants don’t respond favourably to this peace initiative, they would stand exposed as the true enemies of the people. So all important people (those who matter) are on board in this well-crafted government move.

Pakistan and its notorious ISI might feel frustrated by such a forthright and bold peace initiative and it may try its best to foil the peace moves. With the government determined and with all possible safeguards in place, one can hope the move will succeed.

Also read: Why Modi government has gone back on its 'muscular Kashmir policy'

Post your comment
#Ramzan, #Home ministry, #Jammu and Kashmir, #Kashmir ceasefire
The views and opinions expressed in this article are those of the authors and do not necessarily reflect the official policy or position of DailyO.in or the India Today Group. The writers are solely responsible for any claims arising out of the contents of this article.