Kashmir's Ramzan ceasefire is total foolishness, which will only hurt our security forces

The move shows no knowledge of ground realities in J&K — it will simply escalate militant violence.

Nothing exemplifies the sheer vacuity on Kashmir that exists among the policy-makers in New Delhi than the remarkably fatuous decision to declare a unilateral ceasefire in Kashmir.

Not only do the ground realities in the troubled state of Jammu and Kashmir militate against such an ill-thought out move, but also the assumptions underlying this step are, to say the least, utterly stupid.

Far from this move preparing the ground for a return to normalcy, it will prepare the ground for an escalation in violence. Worse, instead of sending a message that the Indian state cares for the public in Jammu and Kashmir, the message that will filter among separatist and terrorist sympathisers is that the Indian state has reached the end of imagination, run out of steam, lost the will to stay the course and dismantle both the physical and psychological infrastructure of militancy as well as the ecosystem that sustains it. At the very least, the ceasefire will fritter away the gains of the last few months against the terrorists.

At a time when the pressure was becoming unbearable and the terrorists were finding their space constricting by the day, the government in its foolishness has decided to give another lease of life to the terrorists. The attitude of the Indian state is akin to that of a Bollywood hero, who, after felling the villain doesn’t finish him off while he is lying on the floor; on the contrary, the hero picks up the villain and allows him to take another shot at him before he socks him back to the ground again, and repeat.

This Prithviraj Chauhan syndrome of chivalry seems to smother all good sense, not just among Bollywood fight-masters but among Indian policy makers as well.

Not only will the ceasefire now give space to terrorists to regroup, re-equip, re-train and restore their networks and supply chains, it will undermine the confidence of the pro-India elements in the Valley. Just a few days back, a source in the Valley had very worriedly inquired if the Government was once again fall into the ceasefire trap - he was very clear that if such a ceasefire was declared, it would deal a body blow to the fight against the terrorists and separatists. He complained that the momentum generated by the NIA raids on the terror finance networks had already ground to a halt. The initial action against the terror financiers hadn’t been followed up. His own analysis was that this was because further action would probably lead to serving ministers and officials of the government.

The ceasefire means that not only will the terror finance networks not be touched - even the armed militants will remain unmolested.

An even more disturbing input has come from a colleague who revealed that a backchannel was opened with the separatist leader Syed Ali Geelani a few weeks back - and the ceasefire proposal was reportedly discussed with him. Anyone who thinks that a rabid Islamist and a declared Pakistan supporter like Geelani can be won over and made a partner in peace is dangerously delusional. Instead of helping bring peace, Geelani would use such an outreach to increase his leverage, not just with the government, but also inside Kashmir with the rest of the separatist politicians and the militant cadre, as well as his Pakistani overlords.

But explaining this to the impervious — and imperious — mandarins in the Home Ministry is tougher than teaching rocket science to a primary school student.

A ceasefire would make sense if, after having established ascendancy over the adversaries, a sort of face saving was being offered to open negotiations. Although the security forces are on the ascendant, the enemy isn't suing for peace. More importantly, there is no one to negotiate with, unless of course, some genius thinks that the Joint Resistance Leadership (JRL) will be amenable to entering into a dialogue because of this "goodwill" gesture. Aside the fact that the JRL controls neither the street nor the gun, the idea of catapulting this bunch to political centre-stage is mind-boggling. If anything, the aim of the Indian state should be to marginalise and eliminate these people - not give them pride of place, much less a veto, over what happens in Kashmir.

Already, the guys with guns have rubbished the ceasefire. The Lashkar-e-Taiba (LET) has “asserted that cease-fire is no option and no thought can be given on such compromise. We deem it as sin and disgrace to the sacrifices put up in the struggle. We are the heirs of the martyrs. Opting for such choice is treachery to blood of martyrs and there is no disgrace as such.”

It is equally unlikely that the Jihad-infused and ISIS/ISI inspired Kashmiri fighters will have any use for this ceasefire. With the enemy combatants having no obligation to reciprocate a unilateral ceasefire, asking the “security forces not to launch operations” is tantamount to switching them from an offensive mode to a defensive mode. 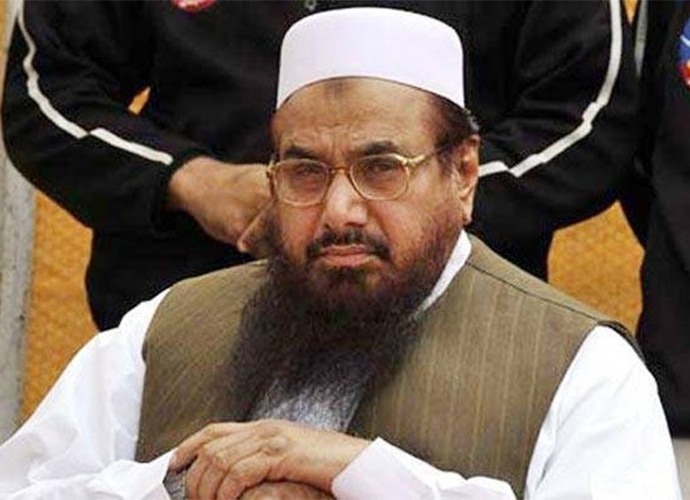 In other words, instead of the security forces pro-actively hunting down terrorists, the patriotic government of India has forced them to become the hunted and retaliate only if attacked. The initiative will henceforth be with the terrorists rather than the security forces - a classic recipe for disaster in any anti-insurgency and counter-terrorism operation.

But the security of the forces, who are already fighting with one hand tied behind their back, doesn’t apparently bother North Block, especially its babus who haven’t heard a shot fired in all their lives. Worse, the formulation by the babus of the Home Ministry who have declared that the “decision [has been] taken to help the peace-loving Muslims observe Ramzan in a peaceful environment” suggests that the hostilities in Kashmir were the result of the actions of security forces - not that of the attacks by terrorists.

Even the Pakistanis would have found it difficult to come up with such drivel.

For the government to say that it expects cooperation “to help Muslim brothers and sisters to observe Ramzan peacefully and without any difficulties” is akin to saying that the operations of security forces (which, for all intents and purposes, were against belligerents and their supporters) were actually against “peace loving Muslims”. What were those who drafted the Home Ministry statement thinking?

Equally galling is the fact that the entire statement talks of "Muslims" and not Kashmiris. Strange, that a secular country is now deciding its security policy on the basis of religion, instead of national security imperatives.

The heroic assumption, or the snake oil that has been bought by the Centre - that this will “help to isolate the forces that bring a bad name to Islam” — betrays the total lack of comprehension of the dynamics of what is happening in Kashmir. For a country that has been confronted with the Islamist-driven insurgency for nearly three decades to take a gamble on the basis of such inanities is a confirmation of how nothing has been learnt in all these years.

Post your comment
#Terrorism, #Kashmir, #Ceasefire, #Ramzan
The views and opinions expressed in this article are those of the authors and do not necessarily reflect the official policy or position of DailyO.in or the India Today Group. The writers are solely responsible for any claims arising out of the contents of this article.