Why the last thing Kashmir needs is a ceasefire now

The all-party proposal to declare a unilateral ceasefire in Jammu and Kashmir during Ramzan is nothing if not palpably hare-brained. Only a collection of the most obtuse minds could support an idea that has absolutely nothing to commend itself at this point in time.

Not only is the logic and assumption underlying this proposal deeply flawed, even the historical example – the Ramzan ceasefire announced by the Atal Bihari Vajpayee government in 2000 – being used to push the case for a ceasefire doesn’t apply in the current situation.

Far from "restoring the confidence of the people", or improving the situation on the ground, even creating a conducive climate for a fresh political initiative in Kashmir, a ceasefire at this stage will only push things into a downward spiral – it could perhaps even disrupt the security grid which has been restored with great difficulty, after paying a heavy price in the lives and limbs of our security forces. No, it's not the route to peace

The situation in the Valley today is very different from 2000. At that time, contact had been established with the Hizbul Mujahideen leadership in Pakistan-occupied Kashmir and India pulled off a coup of sorts by getting the tallest Hizbul Mujahideen commander, Abdul Majid Dar, to come back and enter a dialogue with the government. Even the so-called supreme commander of Hizbul, Syed Salahuddin, was toying with the idea of returning to Kashmir. There was an identifiable leadership with which a dialogue could be explored.

What is more, the people being engaged with had the stature and following to make a difference on the ground. Back then, the so-called Hurriyat Conference still had some credibility, even some following. While it seemed that the ceasefire was impromptu, the fact is, a lot happened behind the scenes before the ceasefire was declared.

Today, none of those conditions exist.

The Hurriyat neither commands the guns (read "terrorists"), nor controls the street (read "stone-pelters"). At best, the Hurriyat, or if you will, "Joint Resistance Leadership (JRL)", are a bunch of dummies who act as figureheads of the separatist movement.

Their only role is to function as a post office to pass on the instructions they receive from their masters in Islamabad and Muzaffarabad to ground-level workers. While the Hizbul has made a comeback of sorts, and is the go-to terror outfit for the guys who want to pick up the gun, organisationally, its command and control structure is no longer what it was in its heyday in the 1990s or even, the early 2000s. It is now more of a label than an organisation. Whose militancy is it, anyway?

In many ways, this militancy today is structurally more fragmented, even diffused, than it was in the past. While the networks, linkages and support structures that sustain the militants might be of Hizbul, operationally, the local commanders are pretty much their own masters – and not bound by the diktats of the Hizbul leadership in PoK. They are far more Islamised and radical than their predecessors were – for anyone to think that they will respect the sanctity of Ramzan and refrain from violent terror attacks is to live in a world of alternate reality.

This means that there is no one to engage with – at least, no one who can deliver anything on real ground. While it is all very well to talk of the need for a dialogue, the question no one answers is – dialogue with whom?

Those pretending to be leaders control nothing. They don’t even have the courage to engage in a dialogue unless instructed to do so by their masters in Pakistan. Those with guns are not interested in any sort of a dialogue.

Hence, the question: Dialogue with whom?

And even if a credible interlocutor is identified, then there is the question: what will be the framework of such a dialogue? What will be discussed in this dialogue?

There is total radio silence on these questions from the advocates of a dialogue.

This then begs the question: what will a ceasefire achieve? 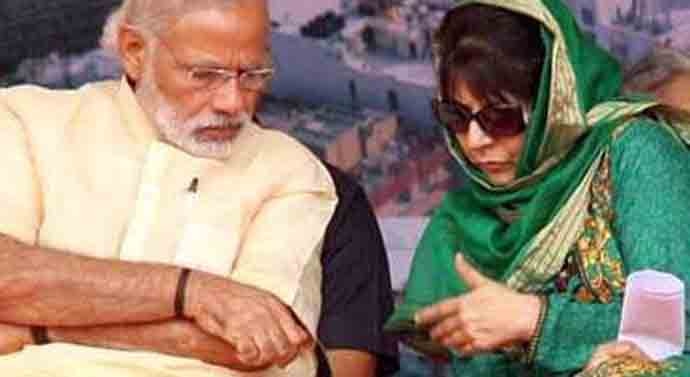 Army chief General Bipin Rawat has expressed his readiness to suspend military operations, but has – very rightly – asked who will stand guarantee that there will be no attacks from the other side. With no guarantors on a cessation of violence from the other side, a unilateral ceasefire is tantamount to making the security forces cannon fodder for terrorists and murderous mobs.

The security forces have notched up significant successes in their anti-terrorist operations over the last year or so. They have steadily increased the pressure on the militants and anti-state elements – so much so that the average shelf life of a terrorist is not more than a few weeks, at best, a few months now.

Declaring a ceasefire at this stage will be nothing more than allowing the entire pressure that’s been built to be released.

It will create space for the separatists to regroup. It will only lead to more casualties when hostilities resume, as they inevitably will.

If anything, Kashmir is a story of the failure of politics – nothing is more emblematic of this than the ill-advised proposal of a ceasefire. Even after the security forces manage to restore a semblance of order in the state, the politicians fall over themselves to foul up the situation again. They keep parroting that Kashmir is a political problem, but they never quite specify or define the parameters of this problem, much less the solution.

The entire political class in Kashmir has perfected the art of running with the hare and hunting with the hound. This is why, on the one hand, you have Omar Abdullah shed crocodile tears over the death of a tourist at the hands of stone-pelters, while his father lauds stone pelters as "freedom fighters". You have the BJP which thinks that merely being part of the state government is in itself a great achievement.

In fact, in J&K, the BJP is a classic case of a party which wants it all ways, but gets lost somewhere in between. The PDP is running the government, but isn’t ready to use its political capital to change the narrative in the Valley, even less so in its bastion of South Kashmir.

All these politicians want the Centre to take an initiative – when they should themselves be taking the lead to make a political outreach to wean the disaffected people away from the path of violence.

Instead, their ambivalence in taking clear-cut positions – and their prevarication on the violence that’s wrecking the Valley – is only making matters worse.

What Kashmir needs is not a ceasefire.

What it needs is for the security forces to ramp up the pressure on the separatist-terrorist mafia and dismantle the economic system that sustains them.

The day the politicians summon the courage to say this, that is the day the tide will start turning.

Until then, let the security forces do what they are doing and refrain from advocating a ceasefire.