Professional political blackmail is the hallmark of NC and PDP

On August 20, at the prayer meeting for Atal Bihari Vajpayee, when Farooq Abdullah stumped everybody with loud chants of 'Bharat Mata ki Jai', one had hoped they were chants of redemption. One had hoped at the fag end of his career, he was repentant for squandering away some golden opportunities for Kashmir, purely for his selfish interests. No one plays the Delhi game better than Farooq Abdullah. (Source: India Today)

But instead, as it turns out today, that patriotic fervour was conjured up for another selfish motive. It was yet another desperate survival manoeuvre of trying a collaboration with the BJP. And when that wasn't entertained, in no time, Farooq was back at his vicious game of political blackmail, something he apparently inherited as legacy from his father, the late Sheikh Abdullah.

I have written extensively on Kashmir and hence today, I would not tread so far back as the days of Sheikh Abdullah. What saddens me today is that even in the twilight of his career, Farooq seems determined to stick to the only formula the local parties of Kashmir know — while in power, pretend to align yourself to the Indian establishment; when out of power, stoke secessionist elements you've nurtured as back-up. 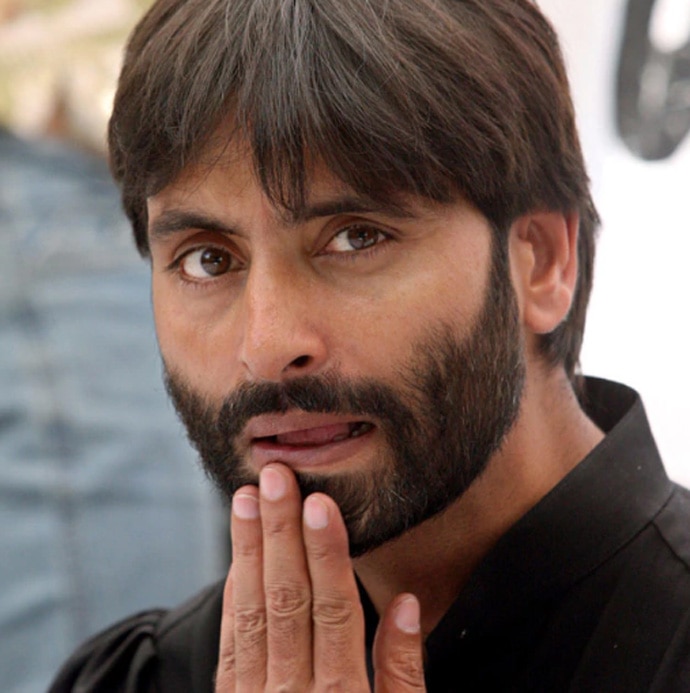 An out-and-out separatist who's hurt democracy in Kashmir. Is Yasin Malik really a model to follow? (Source: India Today)

This competitive soft separatism shamelessly goes on ad nauseum between the NC and the PDP, disregarding the genuine interests of the state.

Coming to the forthcoming panchayat and local body polls, there are three major reasons why both the NC and PDP find themselves in complete disarray.

One, for the first time, both the NC and PDP are faced with their biggest credibility crisis. Large sections of Kashmir are disillusioned with the opportunistic politics of the Abdullahs and Muftis, and blame them for the messy state of affairs in the state. In fact, sections within both the NC and PDP are so upset with their party bosses, they have been sending feelers to the BJP and want to subscribe to the positive, straight-talk of the BJP.

In this situation, both the NC and the PDP are naturally jittery and resorting to wilder gimmicks to stay in circulation. The decision of both local parties to boycott panchayat and local polls is that absurd gimmick aimed at disruption. It is competitive soft separatism — bordering on treachery.

Two, panchayat and local body elections go beyond politics. In a state where Governor's Rule is imposed, the elected representatives gain direct access with the Central government. Moreover, local bodies and panchayats have a pivotal role to play in the last-mile deliverance of key social welfare schemes of the government. This scenario again makes the NC and PDP insecure — they want the villages to remain deprived of government schemes. That creates the right breeding ground for the politics of the NC and PDP. Both NC and PDP have tried to keep Kashmir's villages bereft of development. Both are insecure about BJP reaching out to the same. (Source: Twitter)

It needs to be noted here that even in the worst of situations in recent years, the NDA government has tried to get governance going at the grassroots level through the panchayats. In fact, the elected panchayats had even come down for a meeting with the PM in November 2016. This obviously does not suit the politics of NC and PDP as they are left staring at their growing redundance.

Finally, the winds of change are only too obvious in Kashmir. They are azaad enough — They only need azaadi from vicious old politics. (Source: Twitter)

The young generation does not subscribe to the delusional notion of azaadi, which vested interests have been championing for decades. They want to move on. They see a prosperous and peaceful future with India. And this jeopardises the core of the NC and PDP's politics. Instead of attempting course correction and mainstreaming their politics, the local parties have taken the vicious and regressive route of filling up the space left by separatists.

It will not be wrong to say that for all the masks that Faqooq Abdullah has worn in the last 35 years, in reality, he is no more than a sophisticated version of Yasin Malik.