India needs to move beyond promises to embrace Kashmiris

Making a promise is one of the easiest things in the world; all people make promises but the majority fail to keep them.  Having said so when it comes to the promises made by the head of the government in a democracy to his people, those promises should transform into concrete policy decisions and need to be incorporated in the law books of the country and implemented on the ground.

In that context, the words and promises of the Prime Minister of the largest democracy of the world should have more weight and complete homework is expected to have been made before uttering these words and promises.  Normally, adequate follow up is conducted to put the promises and words in to action.

For Jammu and Kashmir, there is always a huge gap between the words and deeds of Indian Prime Ministers, from Jawaharlal Nehru to the incumbent Narendra Modi. This is, at least, how a major section of the population in Kashmir views the promises that have been made to them. From the pulpit of Red Ford the incumbent Prime Minister of India on the occasion of Independence Day speech made few more promises with the people of the state. These promises include about holding of Panchayat elections in the state and adopting the approach of Insaniyat, Jamhooriyat and Kashmiriyat for resolution of the Kashmir issue.

This is the same approach which was adopted by the former Prime Minister of India Atal Bihari Vajpayee. One thing which must be accepted here is that there were great expectations associated with the approach of the former PM and a degree of confidence was achieved. If anybody seemed sincere to the people of the state it was, without a doubt, Atal Bihari Vajpayee. But, the abandonment of the Vajpayee doctrine created more confusion, doubt and suspicion in the minds of the Kashmiri people.

A national party in a democracy must have a roadmap about dealing with all the main problems of the country. The Bharatiya Janta Party as a national party is also expected to have well defined course to deal with all problems including the Kashmir issue. The Vajpayee doctrine was considered as the answer to this problem. However, the party seemed insincere towards this doctrine once it came to power in the year 2014.

Once the party gained power in the centre, the tone and tenor of the government policy changed towards the Kashmir issue and it seemed that the party has given up the approach of Vajpayee altogether. Instead a hardliner approach was adopted and the party talked mostly the language of power which failed to make any positive impact on the ground. 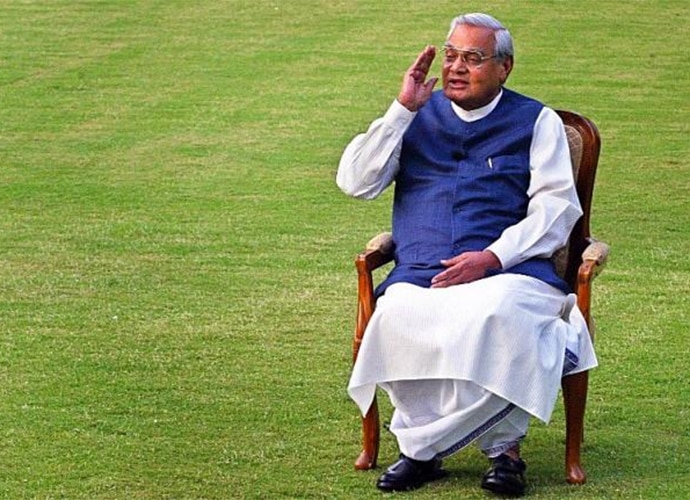 Nonetheless, coming to the fresh promises, they were long overdue. They should have been made earlier, especially the one with respect to the resolution of the Kashmir issue. Were these promise(s) made during the first year of the National Democratic Alliance the situation on the ground may have been different.

Here, one cannot afford to deny what the Prime Minister has said: Kashmiri people need to be embraced, and gun is no solution to the problem.

This particular promise, of course, has been perceived as another election gimmick by majority of the people of the state.

Coming to Panchayat elections, the situation is not conducive for holding of any elections in Kashmir. The stark and sad reality is that the Parliamentary elections of the Anantnag Parliamentary seat were not held and those for the Srinagar-Budgam parliamentary constituency also saw so low percentage of votes that took all the credibility away from these elections.

Under such circumstances if the government is adamant to hold Panchayat elections, one has to wonder how such a thing would be possible. Isn’t it better to first, make conditions conducive for elections, and only then move towards polls?

Otherwise elections, if at all held, might be counterproductive and even an embarrassment to the government.

As the Prime Minister of the largest of democracy in the world, there is no reason to doubt the words and promise of Narendra Modi. But considering the level of distrust that has been growing in people of Kashmir; the response of the people has been lukewarm.

The need of the hour is that PM Modi works for the real interests of the country. Kashmiri people need to be embraced and the conditions for the people of Kashmir need to be eased out.