Panic in Kashmir: How a spate of official orders and increased deployment of troops have the Valley on edge

The Pulwama attack is leaving deep scars on the Kashmiri psyche.

While the Pulwama terror attack has led to a state of mourning throughout the nation, it has also left Kashmir changed for ever.

As if the attack wasn’t horrible enough, the subsequent developments have bruised the understanding and belief of Kashmiris. Attacks on Kashmiri students, some calling for an all-out war against them, calling them ‘anti-nationals’, and the episode of the Jammu arson are some developments that have pushed Kashmiris against the wall. 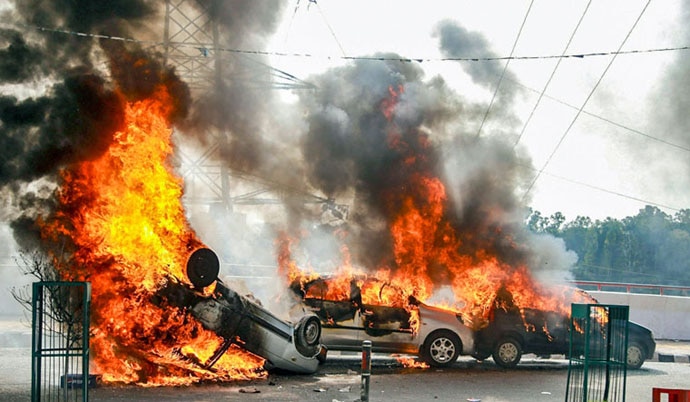 The attacks on Kashmiris began soon after Pulwama, from Jammu. (Photo: PTI)

But what has terrified Kashmir since February 23 has been the rumour that Article 35A might be scrapped on Monday, February 25 (the Supreme Court is to take up a plea on the Article this week).

This rumour was amplified by a Home Ministry order to deploy 100 more companies of paramilitary forces to the Valley. The BSF is reportedly going to be deployed in Srinagar city after more than two decades. This is a terrifying move.

These exercises have scared people to the extent that they fear for their lives. I have seen people queueing up in grocery stores and literally mobbing vegetable vendors. Most of the petrol pumps in the adjacent districts of Srinagar have run dry, and thus I couldn’t refuel my car. Panicking people have already fuelled their cars and stocked piles of eatables, for a week at least.

Petrol pumps running dry,people rushing to pharmacies & grocery stores to stock up.Sights of hundreds of buses & trucks forparamilitary forces.Panic grips Kashmir & some government orders adding to the speculations that something big is likely to happen.Will anyone clear the air? pic.twitter.com/lWvEzYaSME

The situation was exacerbated on the night of February 23, when rumours of senior separatist leader Shabir Shah apparently having been stabbed in Tihar Jail surfaced. This caught netizens in a frenzy and people were seeking confirmation on social media. Some journalists did refute the rumours — but rumours in Kashmir have a habit of dying down very, very slowly.

This isn’t all. There were some more directions for government officials on February 23.

The health department reportedly asked all chief medical officers (CMOs) to stock their stores with important medicines, and all doctors on leave (except those on medical/baby care leave) were asked to resume their duties on February 24.

These discreet orders at this time have made the situation appear all the more precarious. Even officials of the departments concerned admit quietly that the orders are phrased insensitively, in a manner that is creating uncertainty and panic.

Rumours spread here swiftly — and people actually believe in them, without seeking authentication or confirmations.

Some people have also posted rumours on social media about airplanes apparently hovering over them in North Kashmir, close to the LoC. This has given an impression that India is perhaps preparing for an all-out war against Pakistan. 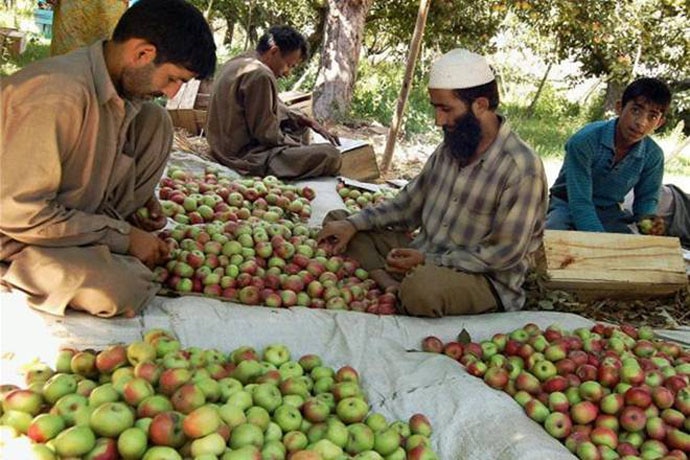 Ordinary Kashmiris don't know what to believe, and the panic is escalating. (Photo: PTI/file)

Even I got numerous phone calls from relatives, asking for preparedness in case a war is waged in the dark of the night. In fact, my own mother and my sisters have already packed their jewellery and expensive ornaments, so they can be saved in case of an eventuality. That is the level of fear and uncertainty experienced by people in Kashmir at the moment.

On February 24, the Governor and divisional administration appealed for calm, and cited the deployment of the Army as a pre-election exercise. But this seems to have done little to allay people’s fears.

The reports of the impending Supreme Court hearing on Article 35A, and fears of the Centre trying to do away with it, seem to be the biggest factor in making the situation seem even more fraught and frightful.

This is a deeply testing time for Kashmir, and I hope we will overcome this.

Also read: Rushing into a hasty or poorly planned war will not fully avenge Pulwama, nor serve our long-term interests