What ails Pakistan is a war of narratives. The first election in the tribal districts will finally put an end to this

For years, following the Afgan war, Pakistan fought against Pakistan. And the casualty was Pakistan.

It was a war that never ended. It was a war that was waged not on another army but on the people of another country. And once that war ended, it left the country in ruins, with an immense militia, Mujahedeen, and millions of people who had suffered loss — human, material, or other. Afghanistan changed from a regular country, embroiled in a civil war, to a war-ravaged skeleton of a state that is still trying to put itself back together.

More than 200,000 Afghan civilians were killed in the Afghan-Soviet war. What emerged was a movement of Pashtun fundamentalist students — Talib, plural Taliban — educated in madrassas in the refugee camps of Pakistan. In 1996, they attacked Kabul, and by 1998, most of the country fell into their hands. Taliban, who were also known as the orphans of Mujahedeen, became the ruler of Afghanistan.

Then 9/11 happened. And the world changed forever. 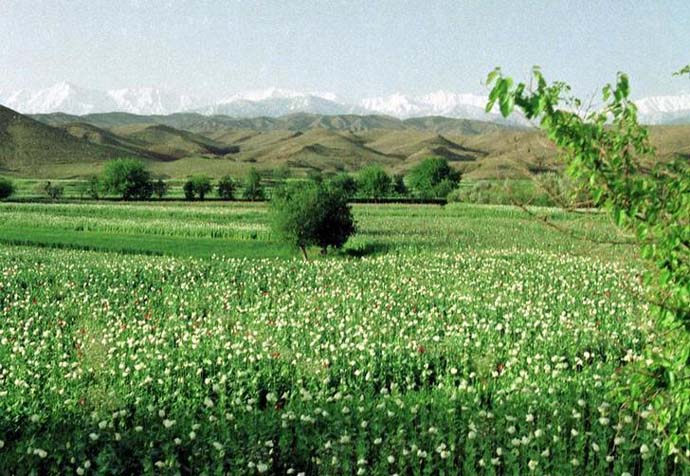 The Pakistan-Afghanistan border area (previously known as FATA), known for its poppy cultivation, became a hub of militancy after 9/11. (Photo: Reuters)

In July 2019, the Afghan war still continues. And there is another country that continues to pay the price for that war in ways more than one: Pakistan. A US ally in the 1979 war against the Soviet Union, in 2001, Pakistan was forced to become a US ally in its war on terror, the war that divided the world into the solidarity chant of "You're either with us or against us in the fight against terror." Pakistan fought with the US.

Since the 1980s, Pakistan has given protection to almost three million refugees. Pakistan did what any good neighbour should do in a time of need: open its border for its displaced, wounded neighbours. Pakistan did that for Afghanistan, whom it has always looked at as a brother state.

What also happened because of the Afghan war, other than a dark influx of heroin and Kalashnikov, was a rise of militancy in Pakistan's border region of the Federally Administered Tribal Areas (FATA). A war away from the Afghan war started in FATA, a war in which Pakistan fought against Pakistan, and whose first and last casualty was Pakistan. 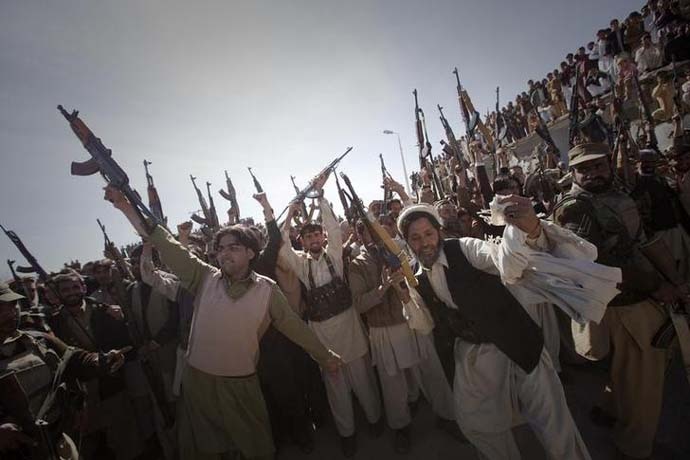 A war away from the Afghan war started in FATA — the area which ceased to exist in 2018 after being merged to Khyber Pakhtunkhwa. (Photo: Reuters)

What began was a long, arduous process to address decades of grievances of the people of FATA. It was that part of Pakistan that had been other-ed to the extent that it would take years to bring it into a mechanism of mainstream rehabilitation and repair. What started in 1979, and ended in 1989, and restarted in 2001, and continues to date, the erstwhile FATA, remained the focus of the global war on terror. From being a playground of the actors of the Cold War to the perpetrators of the war on terror, FATA remained a staging ground for activities that had far-reaching consequences. The worst effect was the emergence of militancy. And thus began another long saga of the sacrifices of the tribal people.

A narrative came into existence during the second Afghan War. The narrative was strengthened, predominately, in two places: in Balochistan, in the form of the activities of the Balochistan Liberation Army — recently added to the US Department of Treasury's list of terrorist organisations — and in FATA. Reportedly, factions of different militant organisations, propped on the premise of real grievances of the people of the region, remote-controlled by various foreign organisations, started to wage an anti-Pakistan war.

After the passing of the 25th Amendment to Constitution of Pakistan in the National Assembly on May 24, 2018, FATA became the part of Khyber Pakhtunkhwa on May 27, 2018.

All along, there was just one leader in Pakistan who was adamant: that the only way to achieve peace in the region, within and outside Pakistan, is through talks, through a dialogue. No peace without talks. It was Imran Khan, the incumbent prime minister of Pakistan.

One of the main agendas of the maiden state visit of Prime Minister Khan to the US, commencing today, July 21, is to stress the importance of dialogue to end the US war in Afghanistan. For this viewpoint, for years, Khan was derided and chastised. He was given the label of 'Taliban Khan'. After wasting years, the US, Europe and other powers have realised that there is no way forward in Afghanistan other than talks with the Taliban. Undeniable is the significance of the role the current Pakistani government has and can play in US negotiations with the Taliban.

FATA, now Khyber Pakhtunkhwa, has undergone a transition the example of which is rare in today's global scenario of populism and narrow-mindedness. In a world where walls are being proposed and alienation of those who look different is in process, in Pakistan, a tribal ideology has been merged into the mainstream. FATA underwent various negative changes, including massive displacement, after Pakistan military's operations to cleanse the region of militants. The subsequent narrative based on the genuine discriminatory and exclusionary policies of successive governments, hyped in the international and regional media, exaggerated the sentiment of tribal people's disenchantment with the state of Pakistan.

The biggest challenge the state of Pakistan has faced in the tribal areas is how to bring alienated people into mainstream Pakistan. What has transpired is a process in many stages, starting with programmes of social development, and changes in sectors of judiciary, police, district government, education and health.

The political mainstreaming of the former FATA comprised two major aspects: provincial elections to be held, for the first time in the history of the region, and holding of local bodies elections. 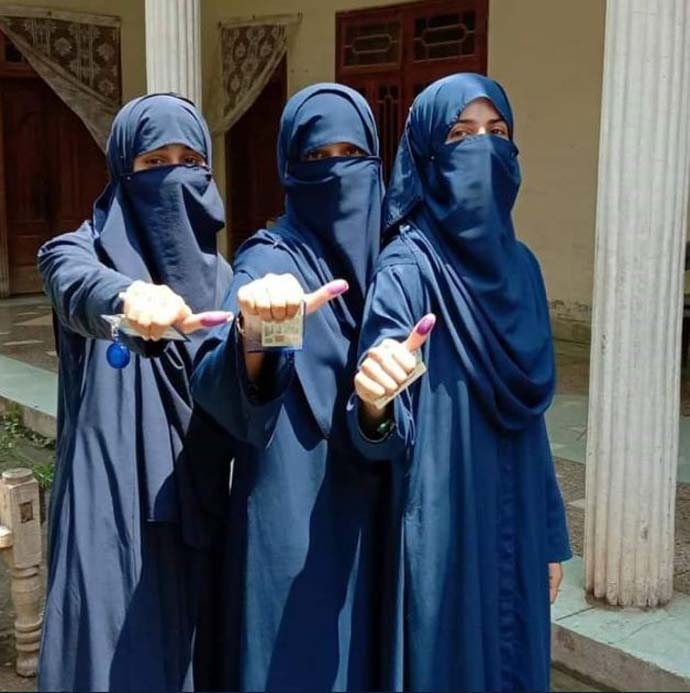 It will take time to undo the 'otherisation' these tribal areas have been suffering from. The first-ever election is a step towards that. (Photo: Twitter)

On July 20, 2019, the historic election took place on 16 provincial seats. The biggest challenge of this election has been to see which narrative would be the dominant force. The turnout was quite positive. And that was one reflection of people's confidence in the work of the federal government, supervised by Iftikhar Durrani, a veteran PTI politician, special assistant to Prime Minister on media, and head of Central Media Department of the PTI. What Durrani also is that he belongs to that rare, tiny group of politicians who don't self-trumpet their achievements on media in painstaking detail, every single day.

Durrani's work focused on the replacement of the negative narrative with the truth of the efforts of the government of Pakistan under the leadership of Prime Minister Khan. What other governments promised, Khan's government made it a reality.

The anti-state narrative of the PTM (Pashtun Tahafuz Movement) had pushed it to the sidelines of the mainstream political process, thus creating a leadership vacuum. That leadership role was provided by the prime minister from the capital, and from the chief minister and governor of Khyber Pakhtunkhwa on the provincial level.

To build a paradigm of trust and confidence — still in process — efforts have been made to create an environment of stability to have a transparent electoral process. Without taking into consideration the ground reality of a region that has seen unquantifiable pain and unmentionable devastation, all that has been propelled for a long time, through anti-Pakistan forces, is a linear narrative.

Grievances of the tribal people are very real, but what has been pushed forward in international media, and in certain segments of Pakistan's Twitter, is an agenda-based explanation that does not take into account one simple reality: people of the erstwhile FATA, tired of their decades of misery, with the help of Pakistan's government, are ready to rebuild not only their lives but their entire region.

Notwithstanding the outcome of the July 20 election, which has taken place because of the will of the people, continuous efforts of Prime Minister Khan, Khyber Pakhtunkhwa Chief Minister Mehmood Khan, Governor Shah Farman, and special assistant to PM, Iftikhar Durrani, and the results of which are still coming in, what stands vindicated: sincerity of the PTI government to make FATA's old districts a real part of Pakistan, not just a part of Khyber Pakhtunkhwa on paper.

Bringing together the disenchanted people of one region of Pakistan into the political mainstream, in a splendid manifestation of national unity and patriotism, is a remarkable achievement of the Khan-led government. Khan mobilised the public through six rallies, and dialogue with people. Sessions of Khyber Pakhtunkhwa cabinet were held there. Ministers visited the region to take note of people's long-standing issues. Social media was used to inform, seek and verify opinions. Khan's years-long stance of the need to redress injustices done to the people of erstwhile FATA was brought to fruition in the form of the success of the July 20 election.

What has emerged in the July 20 election, in the words of a very wise friend of mine: the defeat of a 'war of narratives'. The election of 16 seats is nothing short of a war of ideals that has engulfed the region for a long, long time. A huge portion of the 2.8 million electorate — heroic survivors of years of pain, hardships, deprivation, war, militancy, devastation, displacement — have marched forward on July 20 to show that their voice matters. Their rights matter. Their lives matter.

It is irrelevant which candidate belongs to which party, and who would win. The real winner is the end of the war of narratives. The real winner is the tribal people's repudiation of an 'anti-state' and an 'anti-Pakistan' narrative. Tribal people are as much Pakistani as the people of the four provinces of Pakistan, and this election has shown that in the form of a stamp on a ballot paper. It has been shown on the ink-lined thumbs of burqa-clad young women, old people, young men, middle-aged women, entire families.

On July 20, the people of the erstwhile FATA said, in clear words: there is no option other than peace, and that they believe in a peaceful, democratic Pakistan. What stands vindicated today: Pakistan.

Also Read: Why the only thing unchanged in Pakistan is its new Prime Minister Imran Khan

#Khyber pakhtunkhwa, #FATA, #Imran Khan, #Pakistan
The views and opinions expressed in this article are those of the authors and do not necessarily reflect the official policy or position of DailyO.in or the India Today Group. The writers are solely responsible for any claims arising out of the contents of this article.