The North Korean leader has said he is looking forward to his meeting with US President Donald Trump over the coming few weeks.

Just a few months back the Korean peninsula was on the brink of a nuclear war. The situation was so tense that no one would have imagined that a genuine attempt for establishment of permanent peace would begin so soon and that the initiative to restore calm would be made from the North Korean side.

But, this unthinkable became a reality on April 27, when South Korean President Moon Jae-in and North Korea's young dictator Kim Jong-un signed a joint declaration towards ensuring that no war would take place in the Korean peninsula and the process for complete denuclearisation of the area would be initiated.

Moon and Kim broke the ice with a handshake at the military demarcation line (MDL), dividing the border villages. This was followed by some customary ceremonial activities and intense discussions. It appears that North Korea was genuine in its approach. The country wants to forget the past and start afresh. The Koreans on the two sides of the border share their history, culture and blood. It appears they are determined to work on their strained ties.

The credit for the success of the meeting should go to both the leaders for their pragmatism, openness in approach and will to move forward. 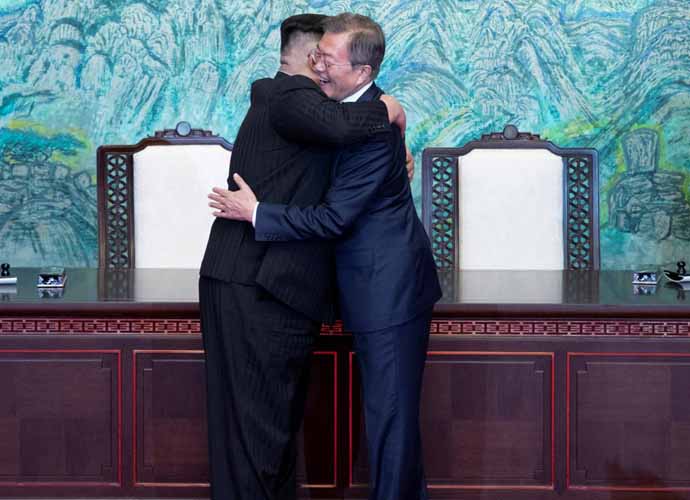 Moon should be congratulated for planning this high-stakes meeting in all its details within a very short span of time. He is the one who made the right moves the moment he realised that North Korea is willing to initiate a dialogue.

In fact, Moon has always been pro-reconciliation. Even during the period of crisis he was firm, but flexible. He kept players like China and US fully engaged, but still at a distance. Few months back, when the war was almost looking likely and US President Donald Trump was warmongering, Moon had clearly said that no war in the region would take place without his permission.

Among the group of stubborn and powerful leaders like US' Trump, China's Xi Jinping and Japan's Shinzo Abe, Moon has emerged as the real statesman.

Interestingly, during the April 27 meeting, North Korean leader Kim was the real revelation.

This leader, who Trump called, "little rocket man" is known to the rest of the world as a lunatic, tyrant and an aggressor. He has almost no exposure to international diplomacy. The only foreign visit he has undertaken till date, as a head of state, a trip to China. 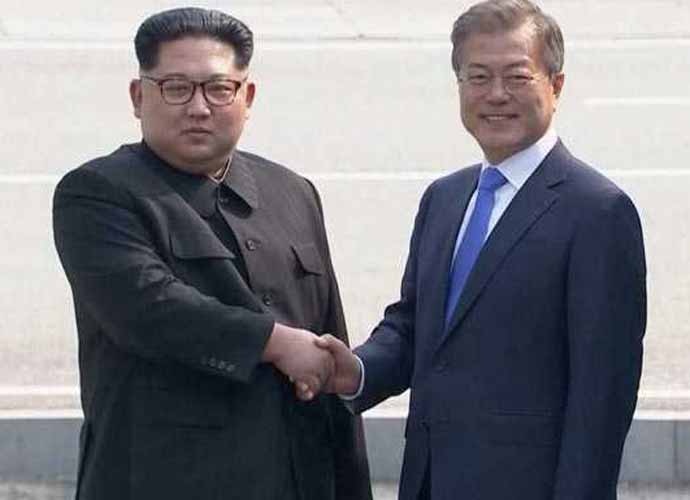 But he was found to be at total ease during his meetings with Moon. At the Peace House, the North Korean supremo wrote in the guestbook: "A new history begins now - at the starting point of an era of peace."

He also invited Moon to visit North Korea. Kim also mentioned that he is looking forward to his meeting with Trump over the coming few weeks.

Now, the issue is should the world get impressed with the success of Kim's visit? Is North Korea reliable and trustworthy?

Past experiences indicate that North Korea is a very slippery player. Two attempts made earlier in 2000 and 2007 to bring in normalcy had failed.

Since long the North Korean leadership has shown a tendency to dishonour its promises. So, will it be different this time? The world has no other option, but to wait and watch. 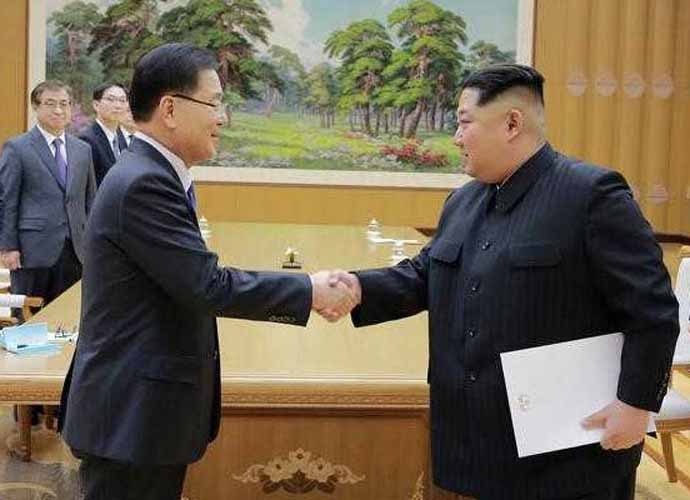 Hopes are high since Kim understands that any irrational behaviour from his side would not be tolerated. He has realised that Trump is as crazy as he is. Under present circumstances his nuclear deterrence has certain limitations. Sanctions are a harsh reality and people in North Korea are actually suffering because of them. This could well be the reason why Kim blinked.

The meeting between Kim and Moon is just the beginning. The real test would be Kim's meeting with Trump.

Talking about the need for making the Korean Peninsula nuclear arms-free is one thing and actually making it work is quite another.

Greater clarity is required from the North Korean side on what it can do to achieve this. This is an opportunity for both Kim and Trump to make history so that peace finds a permanent home in the Korean peninsula.

#Donald Trump, #South Korea, #North Korea, #China
The views and opinions expressed in this article are those of the authors and do not necessarily reflect the official policy or position of DailyO.in or the India Today Group. The writers are solely responsible for any claims arising out of the contents of this article.