The BJP would be wise to now do three things in the final lap of the general election.

But within a week, at every rally, he began to repeat his favourite epithet directed at Prime Minister Narendra Modi: “Chowkidar chor hai.” 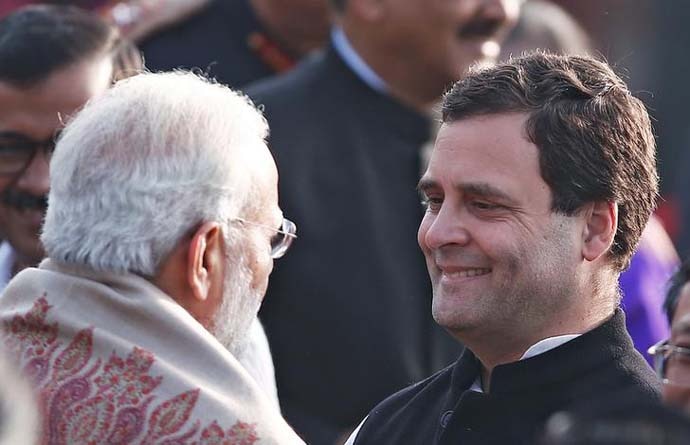 Who gets the last laugh? Rahul's 'Chowkidar chor hai' has backfired with the PM launching a fiery counter — #MainBhiChowkidar. (Photo: Reuters)

Cheerfully doubling down on his taunt, Rahul repeated his other favourite charge: “Modi has stolen Rs. 30,000 crore from the Indian Air Force (IAF) and given it to Anil Ambani.”

Meanwhile, Anil Ambani was apparently trying to rustle up a little over Rs 400 crore last week to stay out of jail. The Supreme Court had given him four weeks to come up with the money to pay Ericsson, the Swedish telecoms network vendor, or go to prison. Some of that Rs 30,000 crore Rahul claims Modi “gave” Anil Ambani would come in handy today.

In one deft move, Modi has turned Rahul’s #ChowkidarChorHai taunt into what could prove a blockbuster campaign slogan — "Main Bhi Chowkidar".

Rahul’s attacks on Modi underscore how poorly he has read the national mood. The 2019 Lok Sabha election will be won on two broad issues: national security and the economy. After the Jaish’s Pulwama terror attack and India’s air strike deep within Pakistan’s Khyber Pakhtunkhwa province, national security has dominated the electoral narrative, pushing economic issues such as jobs and farmers’ distress into the background. 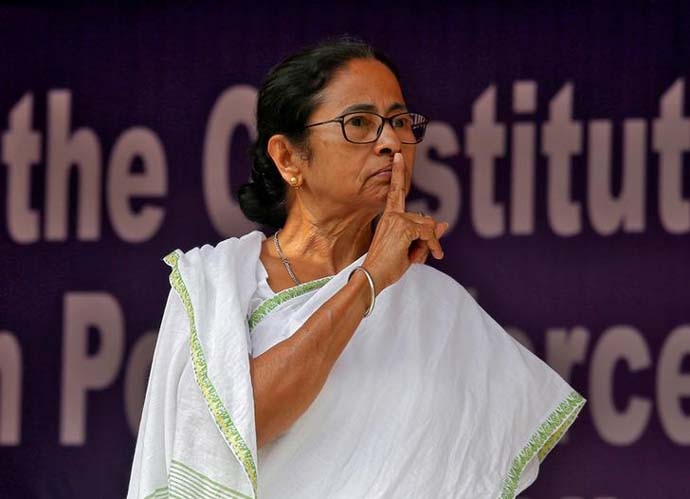 Deafening silence: Instead of choosing weak spots, the Opposition has been shrill in personally targetting Modi. (Photo: Reuters)

Any strategic political thinker would try to drag public attention back to the economy. Despite a recent course-correction, Rahul has renewed his charge of corruption against the Prime Minister on the Rafale fighter jet deal. Modi’s strong point is his reputation for incorruptibility — and yet, Rahul continues to attack him on his strength rather than on his weaknesses.

If Rahul looked carefully, he’d find many. The economy slowed in the third quarter of 2018-19 to 6.6 per cent. GDP growth for the entire year will now struggle to hit 7 per cent.

Governance is another Modi weakness Rahul could attack — but hasn’t. The Lokpal may finally be appointed only at the end of the prime minister’s tenure. The RTI Act has been diluted. Central Information Commissioner (CIC) vacancies have mounted. The leadership of institutions like the RBI and CBI has reportedly been compromised.

But does Rahul focus on these issues? Not enough.

The rest of the Opposition is worse. West Bengal Chief Minister Mamata Banerjee has questioned whether the IAF hit the right target in Balakot. That doubt was demolished by India Today’s world exclusive investigation broadcast on March 11.

When a country is in a war-like situation and a General Election is less than a month away, the Opposition has to reinvent its campaign. The post-Balakot strategy of pinning the Rafale deal on the prime minister in the absence of a money trail (as there was for Bofors and AgustaWestland) is counter-productive.

Can it wrench the narrative back to the economy, jobs and farmers? Time is short.

With the first phase of the Lok Sabha election on April 11 and the mood strongly nationalistic, the Opposition’s cynical comments on national security (including Rahul referring to the Jaish chief as “Masood Azhar ji”) are political hara kiri. The Opposition and sections of the establishment media, giving short shrift to key economic issues, have even begun a debate on the definition of “nationalism”. The attempt is to paint nationalism as a Left-liberal construct. Nowhere to go — Just why is the Opposition not talking about unemployment? (Photo: Reuters)

Nationalism has a European context and an Indian context. I differentiated between the two in an op-ed on January 4, 2018:

The attempt to appropriate nationalism to Left-liberalism is equally disingenuous. But of that more another day.

Suffice for the moment to restate my definition of true liberalism: “Liberalism in the classical sense is tolerant of opposing points of view. The Left in India regards itself as liberal. It is not. The Congress likes to think of itself as a liberal party. But it violates an important commandment of liberalism: tolerance to dissent. The Congress dynasty does not brook dissent. No senior Congress leader dared challenge Rahul Gandhi’s election as party president last December. The RSS is not an exemplar of liberalism either. It is socially illiberal. It does not allow women membership of the main organisation. It has a separate women’s wing. But that is not liberalism. It is tokenism. The RSS will not be truly liberal till its sarsangchalak can be a woman.”

The BJP would be wise to now do three things in the final lap of the General Election.

Second, don’t bother to polarise the electorate. There has been so much polarisation through the past five years that any more will rebound on the BJP.

Overall, it’s a good report card but one that the Opposition can pick holes in if it gets over its obsession of calling Modi a chor. The prime minister is many things, good and bad — but a chor he isn’t.